Poll: More than half of respondents support California's Prop 13

SAN DIEGO (KGTV) — In a scientific 10News/Union-Tribune poll, more than half of respondents said they supported California's Proposition 13.

At least 51 percent of 907 respondents said they intend to vote "yes" for the proposition. Another 32 percent said they plan to vote "no," and 17 percent were not sure how they would vote yet.

If passed, Proposition 13 would authorize the state to issue $15 billion in bonds for repairs, construction, and modernization at public preschools, K-12 schools, community colleges, and universities.

RELATED: Everything you need to know about Proposition 13

In total, the California Legislative Analyst says the state would pay $26 billion in total, after $11 billion in interest, over 35 years. The analysis also shows the proposition could cost taxpayers an additional $740 million per year for 35 years. 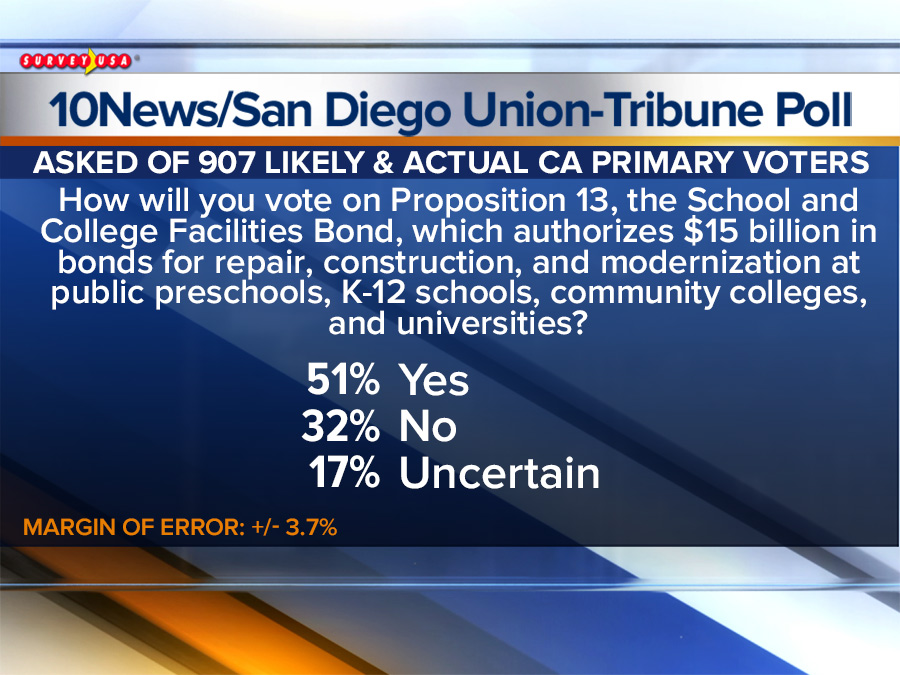 Here's how those bonds would fund California education: