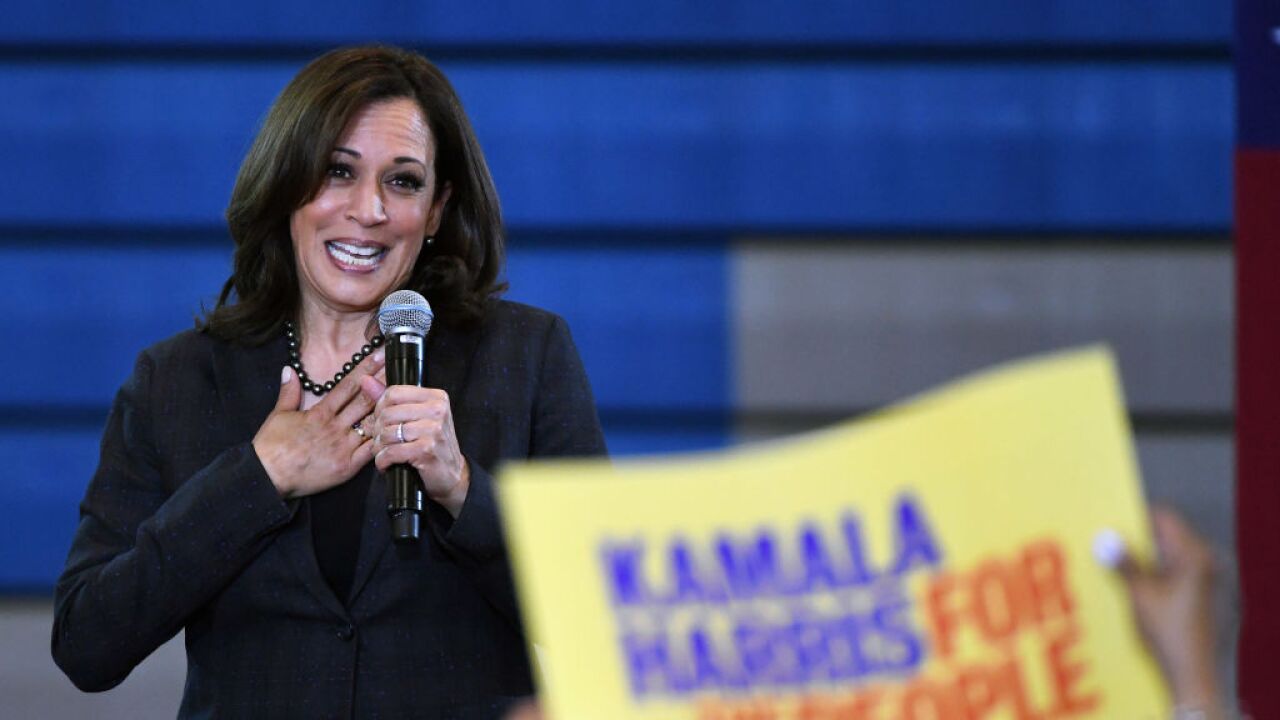 Harris said on Twitter that Biden “can unify the American people because he’s spent his life fighting for us.” She said Biden would build a country that “lives up to our ideals.”

Her brief statement did not address the historic nature of her nomination. Harris is the first Black woman to join a major party ticket in U.S. history. She would be the first woman to hold the office if Biden defeats President Donald Trump.

The 55-year-old senator and the 77-year-old former vice president are slated to appear together for the first time as a ticket Wednesday afternoon in Biden’s hometown of Wilmington, Delaware.

They will be formally nominated next week as part of Democrats’ virtual convention. Harris will accept her nomination Wednesday. Biden will accept his nomination Thursday.

After the announcement, Abrams tweeted that she spoke “at length” with the 77-year-old Biden over the weekend and again Tuesday. The presumptive presidential nominee called several women he considered for the ticket to let them know they were not his final choice.

Abrams praised Biden’s “focus on reaching out to every corner of our country” and pledged to work for “Team #BidenHarris” through November.

The 46-year-old Abrams remains a rising Democratic star, though her next move in the party remains unclear. She narrowly lost a 2018 bid for Georgia governor that would have made her the first Black woman elected to lead a U.S. state. She is considering another run for governor in 2022.

She has also formed a voting rights group that is working with the Biden campaign and other Democratic allies to help educate voters and prepare them to vote amid the coronavrius pandemic.

“This is everything that we need to get people to turn out the vote,” Clyburn told MSNBC Tuesday.

Clyburn says he and other Democrats will devote themselves to working toward Biden’s victory in the November election, saying, “We are dedicating this entire election year to my late friend, John R. Lewis," the civil rights icon who died last month.

Garcetti is one of Biden’s campaign co-chairs and a co-chair of the search committee that helped Biden navigate his options before making Harris the first Black woman to join a U.S. major party national ticket.

The mayor notes in a statement that he and Harris “have been friends for many years,” recalling their work together on then-Sen. Barack Obama’s presidential campaign in 2008. Obama went on to select Biden as his vice presidential running mate.

Garcetti calls Harris a “true ally” for people “who have needed a voice within the corridors of power.”

Should Biden win in November and Harris take office as vice president, Garcetti would be eyed as a potential successor for her Senate seat.

In a statement, Trump adviser Katrina Pierson says Harris “will abandon her own morals, as well as try to bury her record as a prosecutor, in order to appease the anti-police extremists controlling the Democrat Party.”

Pierson calls Harris “proof that Joe Biden is an empty shell being filled with the extreme agenda of the radicals on the left.”

For weeks, Trump’s campaign promised an aggressive response against whomever was selected by Biden as his running mate.

Says Pierson, “At the ballot box, Americans will resoundingly reject the abysmal failures of Biden-Harris in favor of the America First strength of President Donald Trump and Vice President Mike Pence.”

Joe Biden has chosen California Sen. Kamala Harris as his running mate. It’s a move that fulfills the wish of Democrats clamoring to see a woman of color on a major party’s presidential ticket for the first time in history.

The 55-year-old Harris was elected to the Senate in 2016 after serving as California’s attorney general. Harris competed against Biden for the Democratic presidential nomination but left the race before voting began as she struggled to raise money.

One of Harris’ standout moments of her presidential campaign came at the expense of Biden, when she slammed his past opposition to school busing.