Wrong-way crash on I-8 sends 2 to hospital 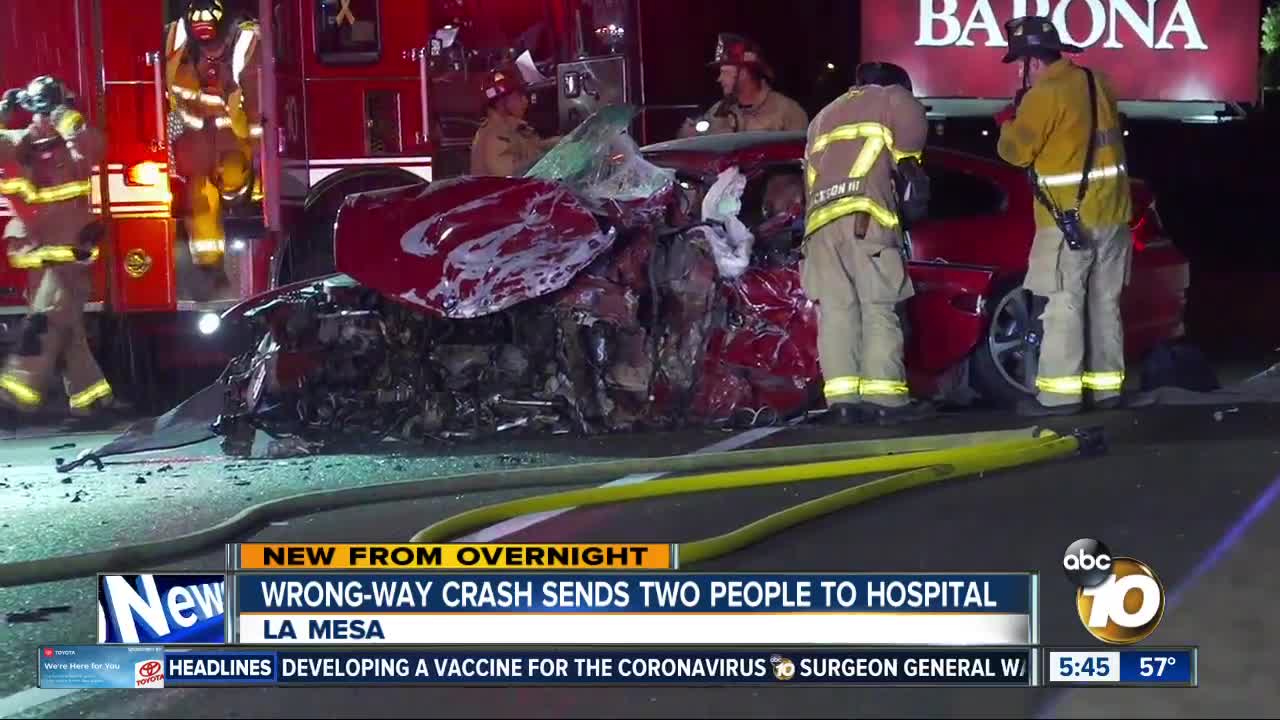 Two people were rushed to the hospital after a wrong-way, head-on collision on a La Mesa-area freeway early Thursday morning.

At around 12 a.m., the California Highway Patrol received multiple reports of a Ford SUV traveling westbound on eastbound Interstate 8 in the El Cajon area.

Moments later, CHP officers were called to eastbound I-8 near 70th Street in La Mesa because of a head-on crash involving the same SUV from previous calls and a red BMW.

Responding emergency crews arrived to find both drivers trapped in their vehicles, with the SUV on fire.

Crews were able to pull both drivers from the wreckage and took them to Sharp Memorial Hospital.

According to the CHP, the SUV’s driver is suspected of being under the influence of drugs or alcohol.