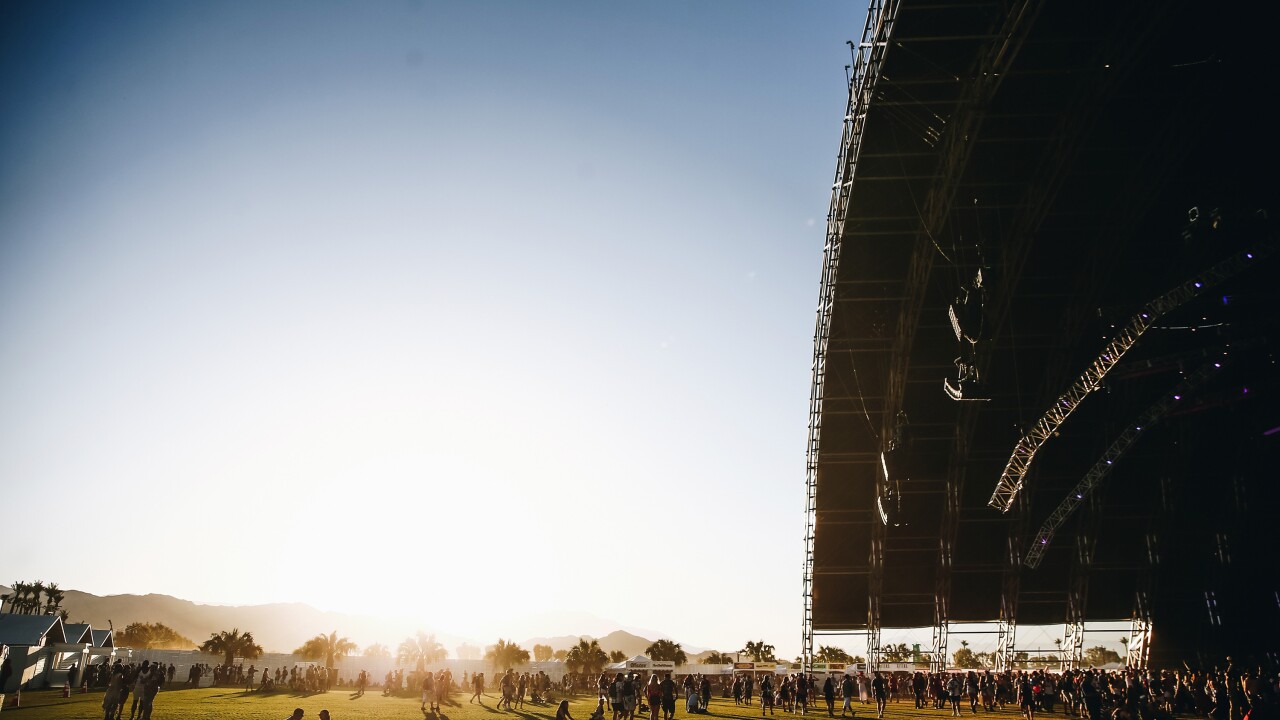 SAN DIEGO (CNS) - Coroner's officials today said that a worker who fell 60 feet to his death while setting up a stage for the first weekend of the Coachella Valley Music and Arts Festival in Indio was a 49-year-old San Diego man.

The worker was identified as Christopher Griffin, according to the Riverside County Coroner's Office.

The Riverside County Fire Department reported receiving a call of someone falling from a roof at 9:26 a.m. Saturday near the intersection of Monroe Street and Avenue 50.

The venue for the festival, the Empire Polo Club, is located on the southwest corner of that intersection. Griffin was pronounced dead at the scene, fire officials said.

In a written statement Saturday, the festival's production company, Goldenvoice, confirmed the death.

"Today, Goldenvoice lost a colleague, a friend, a family member. Our friend fell while working on a festival stage. It is with heavy hearts and tremendous difficulty that we confirm his passing. He has been with our team for twenty years in the desert and was doing what he loved. He was a hard- working and loving person that cared deeply about his team. As our lead rigger, he was responsible for the countless incredible shows that have been put on at the festival. We will miss him dearly,'' the company said.

The Indio Police Department was investigating the death. According to the entertainment website TMZ, Griffin was climbing the stage scaffolding to install rigging equipment and was not using a safety harness when he fell.