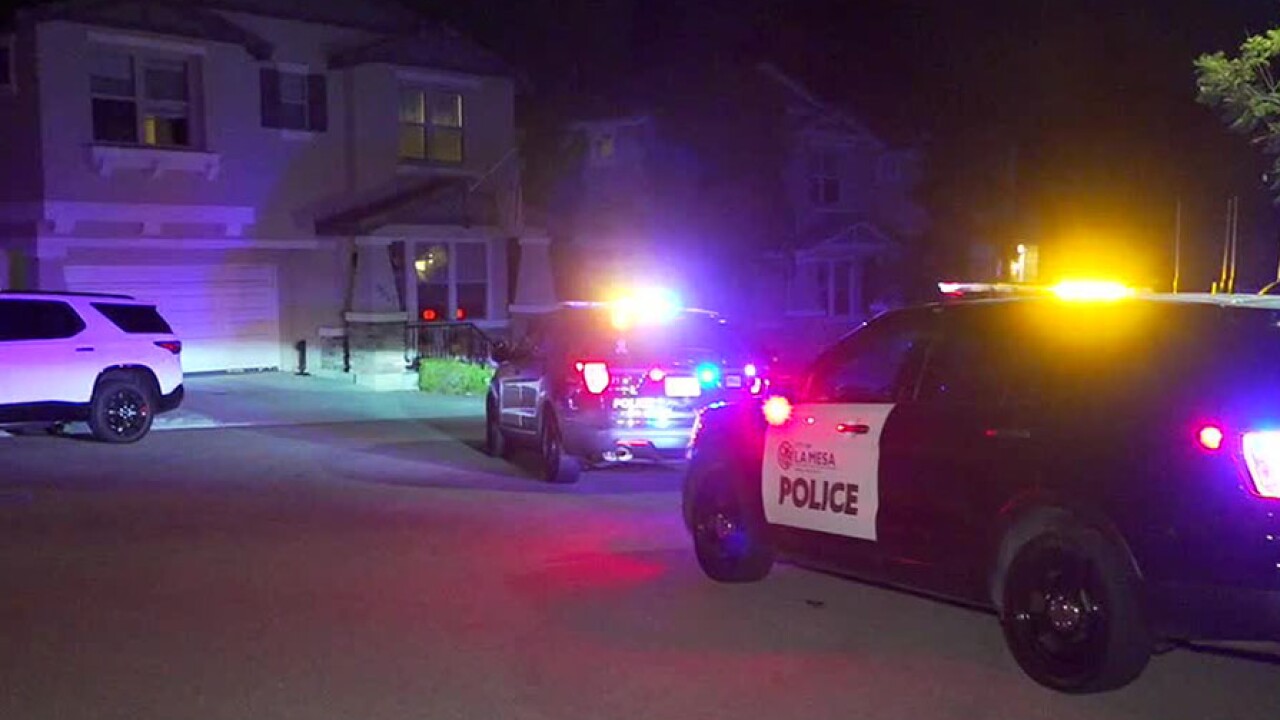 LA MESA, Calif. (KGTV) -- A woman suspected of breaking into a La Mesa home and grabbing a knife while inside was taken to the hospital after she jumped from the house’s roof.

The incident occurred at around 4 a.m. in the 9500 block of Milden Street, according to La Mesa police.

A woman told 10News she and her family woke up to an unknown person who appeared to be breaking into her husband’s work truck.

When her husband went to outside to the truck, the woman said the female stranger managed to slip through the front door of the home.

While inside the house, the intruder made her way to the garage and somehow got a hold of a knife, scaring the family members.

Police were called to the home, but before they could arrive, the woman knocked out a screen on a second-story window and climbed onto the roof.

Responding officers arrived and tried to talk to the woman, but she jumped from the roof and landed in front of the house.

The intruder was rushed to Sharp Memorial Hospital with injuries of unknown severity.

Police believe the intruder was under the influence of some kind of drug.

No one inside the home was hurt.