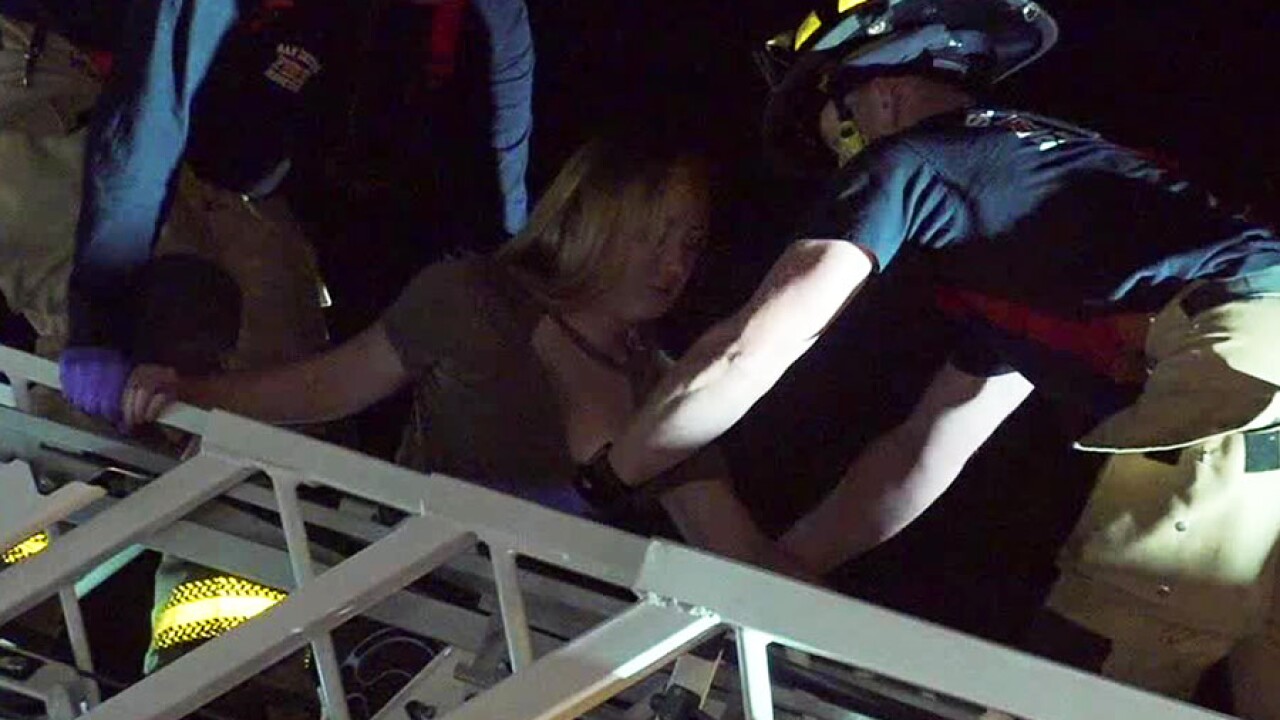 SAN DIEGO (KGTV) – A woman had to be rescued early Tuesday morning after she climbed onto the roof of a Mission Beach business and could not make her way down.

At around 3 a.m., San Diego police received reports of a young woman walking on the roof of businesses on Ventura Place.

After spotting the woman on the roof of a market, firefighters and officers used a ladder to get to the woman and helped her down without incident.

10News learned the woman was arrested on suspicion of being under the influence. She reportedly lives in one of the buildings she was walking on top of.

There is no immediate word as to why the woman climbed onto the roof.