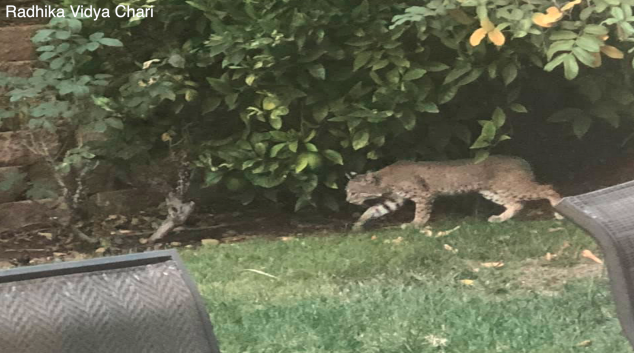 A San Diego woman posted video Tuesday after she spotted a bobcat roaming through her backyard. 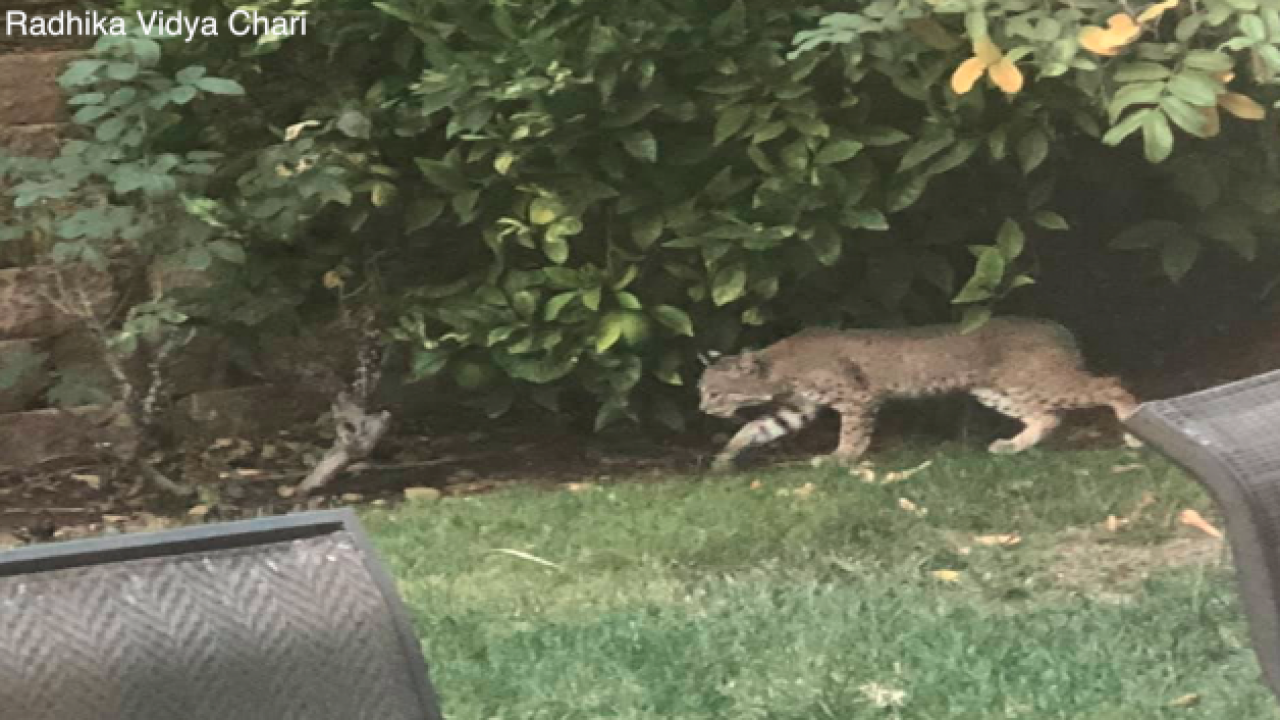 (KGTV) -- A San Diego woman posted video online Tuesday after she spotted a bobcat roaming through her backyard.

Radhika Vidya Chari lives in 4S Ranch, not far from the intersection of Camino San Bernardo and Fox Valley Drive.

She says she was picking fruit from her lemon tree when she turned around and saw the animal.

“I spotted him when I went to get a lemon from the tree and turn around. I ran to get my phone but he had disappeared,” Chari said.

After the sighting, Chari says she questioned herself.

“I googled to make sure if [sic] what I had seen.”

Later that day, Chari says she was chopping vegetables when something caught her eye outside the kitchen window.

“Sure enough, it was a bobcat and I took the video,” she continued.

Chari says she reported the sighting to the Department of Fish and Wildlife. The department told her to keep her pets indoors and to make loud noises to scare the animal away if she encountered a bobcat again.

“I have never seen anything like this before even in the wild.”