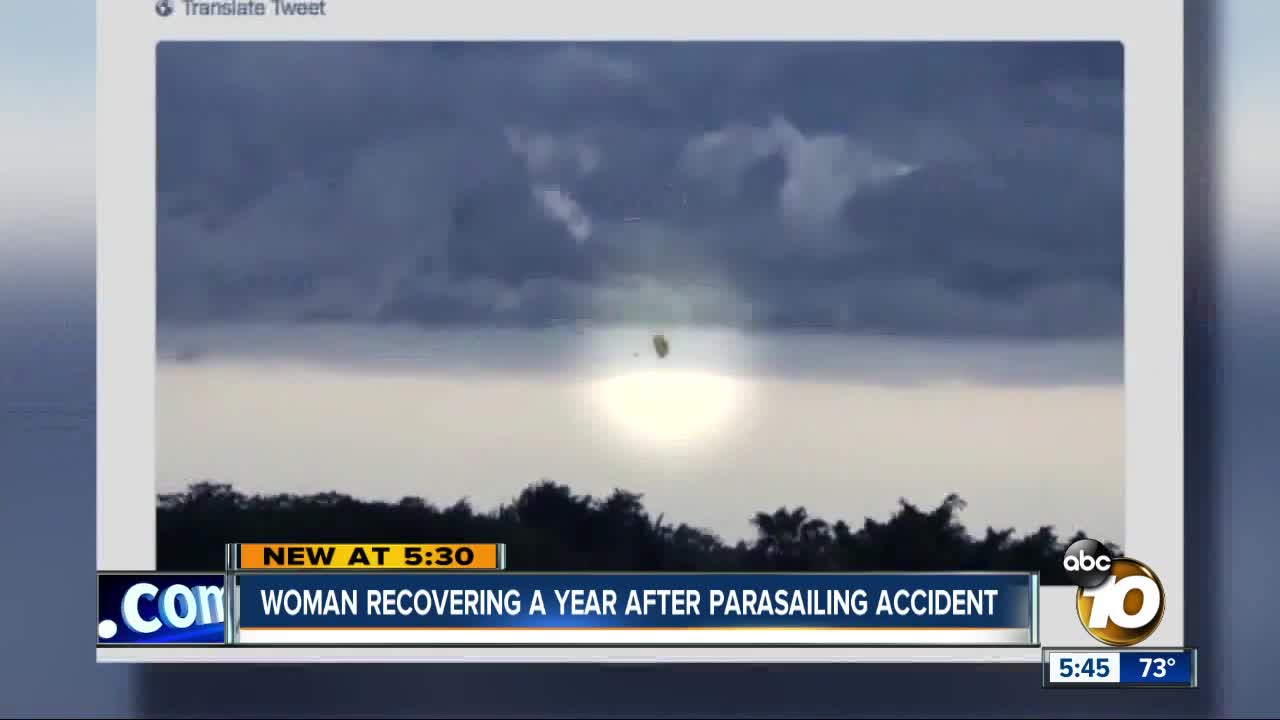 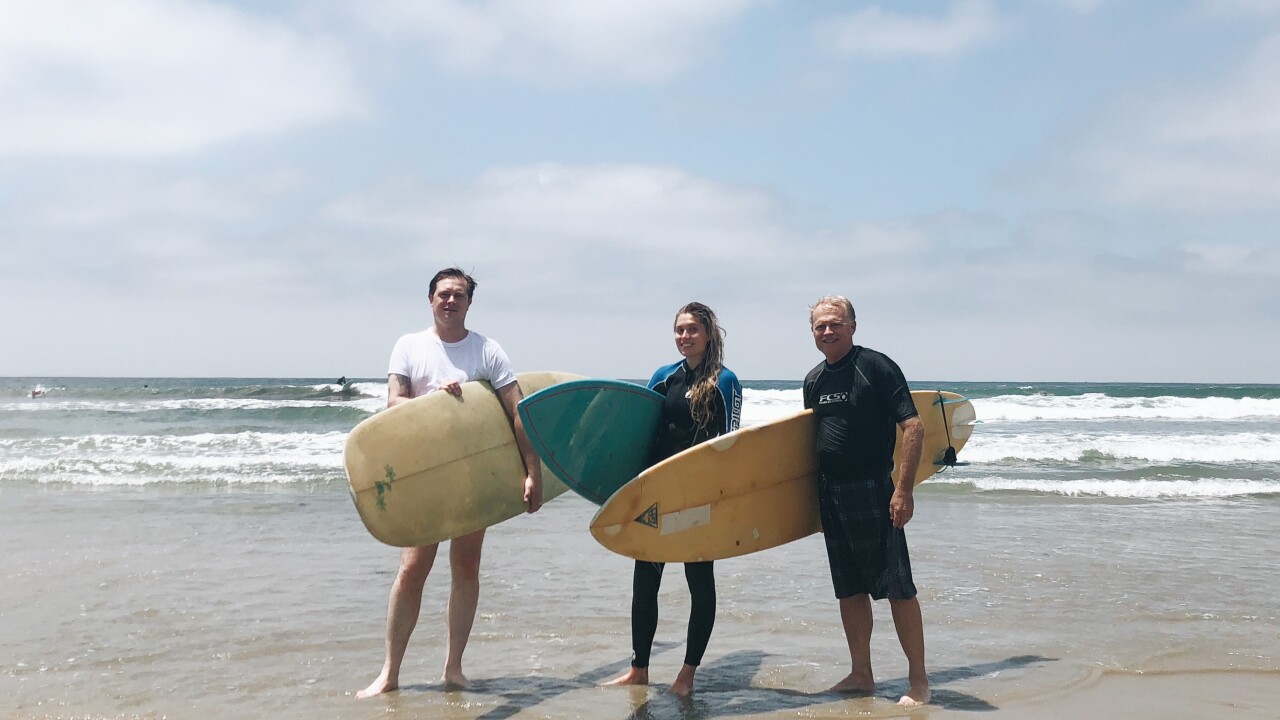 SAN DIEGO (KGTV) - The young woman severely injured in a parasailing accident in Mexico is walking and surfing a year later.

Katie Malone's recovery has been a long road. "I survived something I shouldn't have survived," she said.

Malone was in Puerto Vallarta in June, 2018 for her birthday. Her parasailing ride turned into a nightmare, "I saw the boat capsize and people on the beach run to try and grab the rope to bring me down." She said the the almost half hour she was in the air she worked to keep calm, thinking about her dog Leroy, and what she was going to wear that night.

Her family says the rope snapped and she fell in a tailspin. Katie said it was everything she could do to keep from passing out, or getting sick. She said the next thing she remembered was opening her eyes on the ground with emergency crews surrounding her.

"My heart dropped to my feet," Katie's brother Brendan said.

He started calling and coordinating the trip to Mexico to be with his little sister. He talked about being the megaphone for the family, getting the word out through his music community in Nashville, back home in California and setting up the Gofundme online that reached the world.

She underwent three surgeries in Mexico and two weeks in, the swelling in her brain hadn't gone down. Katie's mom said doctors doubled her steroid dosage to bring the swelling in the pituitary glad down and it caused a severe reaction.

Katie's mom, Sidona, said she was sick all night and that was the moment they all feared she wouldn't pull through. Sidona said the doctor pulled her aside the next day and said, "you don't understand, she could die and she needs to go home now," urging them to Lifeflight her to the U.S.

The family overcame huge struggles, from paying cash for the surgeries in Mexico, as Katie was in between insurance, to finding a way to fly her home. Sidona said certain airlines wouldn't fly that far south in Mexican airspace, and medical airlines wouldn't take her without insurance. Their network of friends and family gave them solutions.

The final piece came at the last minute, a $20,000 anonymous donation to fund her flight home. Her fight to get back to normal just beginning.

Katie re-learned how to walk, drive, and surf over the past year, all the while a smile on her face.

"Instead of that terrible accident taking control of her, she's taken control of that," Brendan said.

Katie says positivity, her family and her dog, Leroy, kept her going. She said she used to take Leroy, her support dog, to the hospital to help others and was thankful he was there for her recovery.

She advises anyone facing a challenge that your mind is more powerful than your body and positivity will get you through.

"I'm not 100% back, I'm getting there, I'm back to work, not full time just part time," she said she's focused on getting healthy. She works as a masseuse, making others feel better.

Among her challenges, she has a hard time sitting for extended periods of time, and has to adjust her gait and stance.

She hopes her story will change regulations in Mexico so this never happens to anyone else.