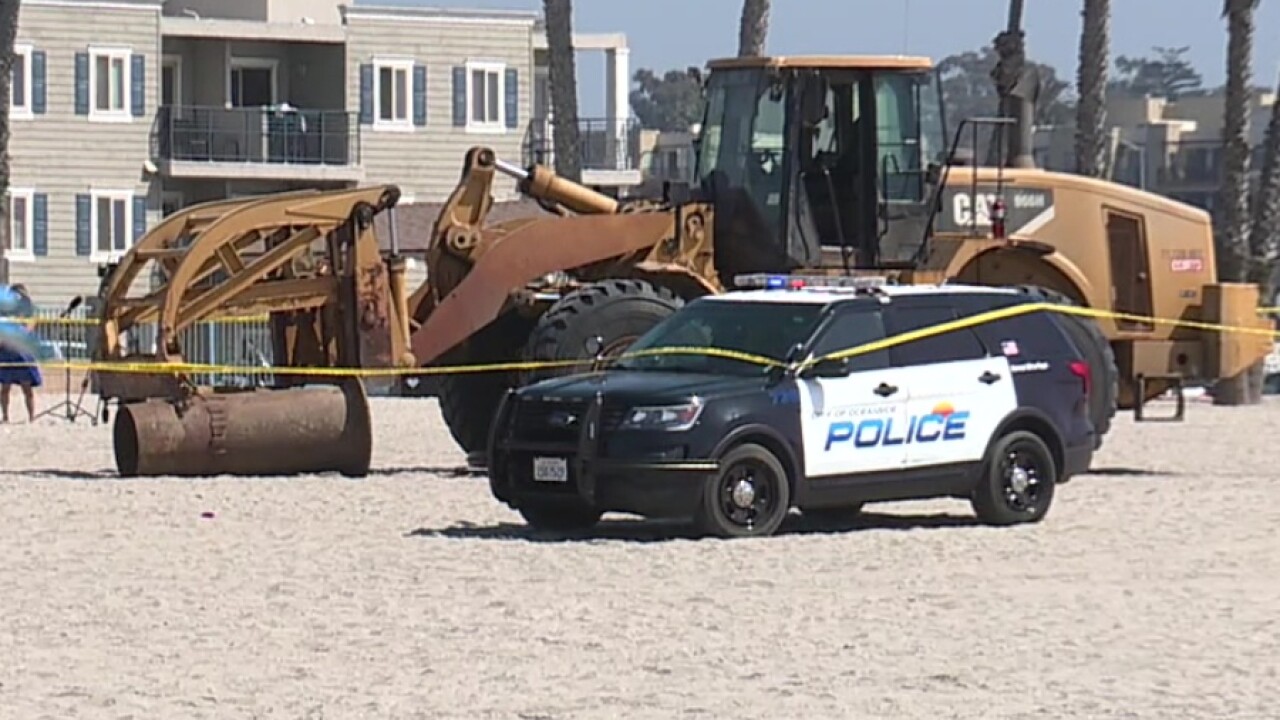 OCEANSIDE, Calif. (KGTV) - A woman run over and killed by a construction vehicle at an Oceanside beach was identified by the San Diego County Medical Examiner’s Office.

The ME’s Office said 68-year-old Carol Aguirre died in the incident that occurred Sept. 28 on the beach near Oceanside's South Harbor. Aguirre was listed as a transient, the office noted.

Oceanside police said the victim was lying on the sand on the beach off the 1200 block of North Pacific Street at around 10 a.m. when the incident happened.

RELATED: Woman run over, killed by heavy machinery on beach

According to police, the woman was apparently asleep when a tractor, which was involved in a dredging project at nearby Oceanside Harbor Beach, struck her.

The woman died at the scene.

It was not immediately known if the victim was in an area closed off to the public when she was run over by the heavy machinery.