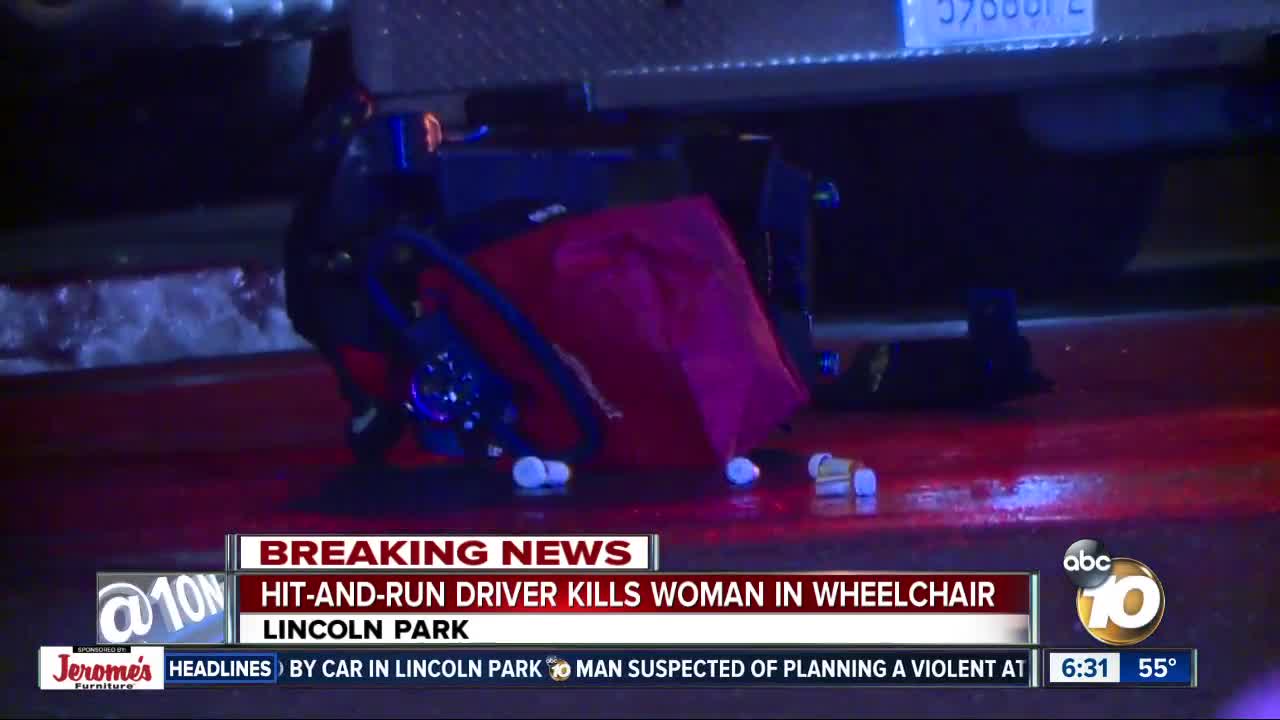 The search is one for a vehicle that sped away after hitting and killing a woman riding a motorized wheelchair on Euclid Avenue. 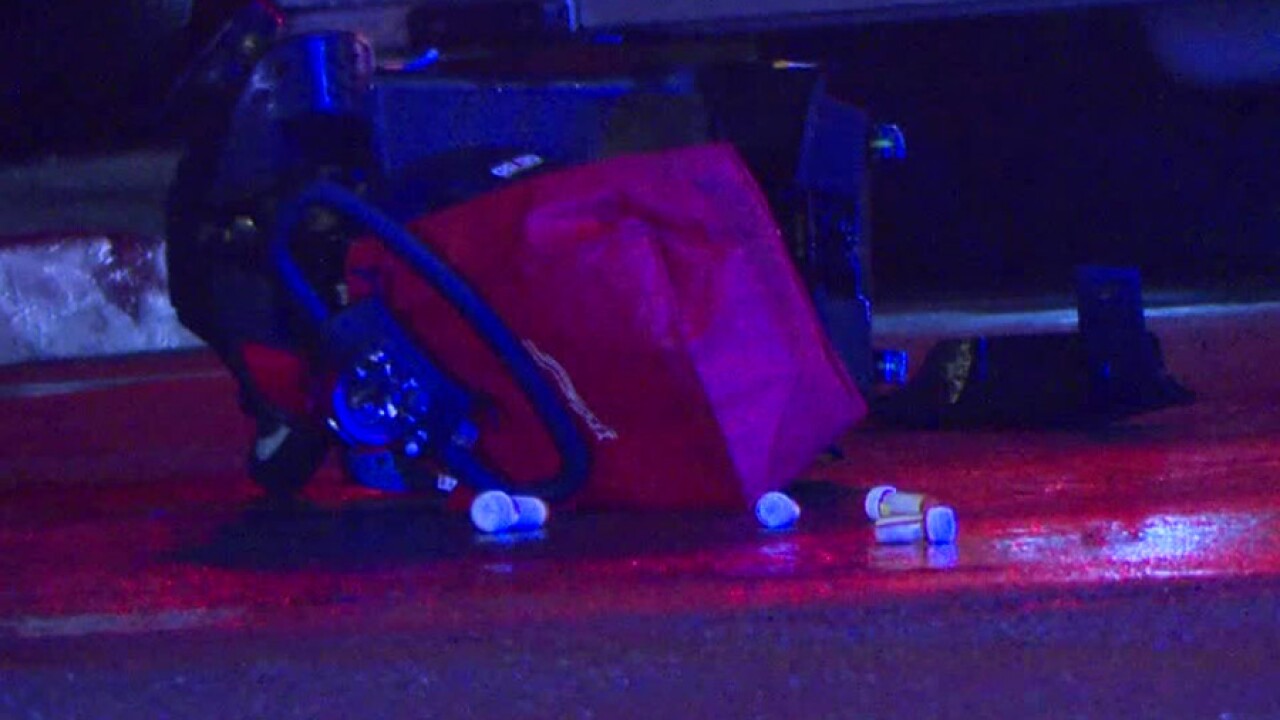 SAN DIEGO (CNS) -- A 62-year-old woman was struck and killed by a hit-and-run driver while riding her motorized wheelchair on a Lincoln Park street Monday morning.

The victim was riding her motorized wheelchair northbound in the left lane of Euclid Avenue when she was struck by a vehicle traveling in the same direction, Hawkins said.

The vehicle, described only as a dark vehicle, kept traveling on Euclid Avenue after the collision, the sergeant said.

The woman, whose name was withheld pending family notification, was pronounced dead at the scene, Hawkins said.

No detailed description of the vehicle or its driver were immediately available.

Authorities shut down both directions of Euclid Avenue between Imperial Avenue and Castana Street for the crash investigation.