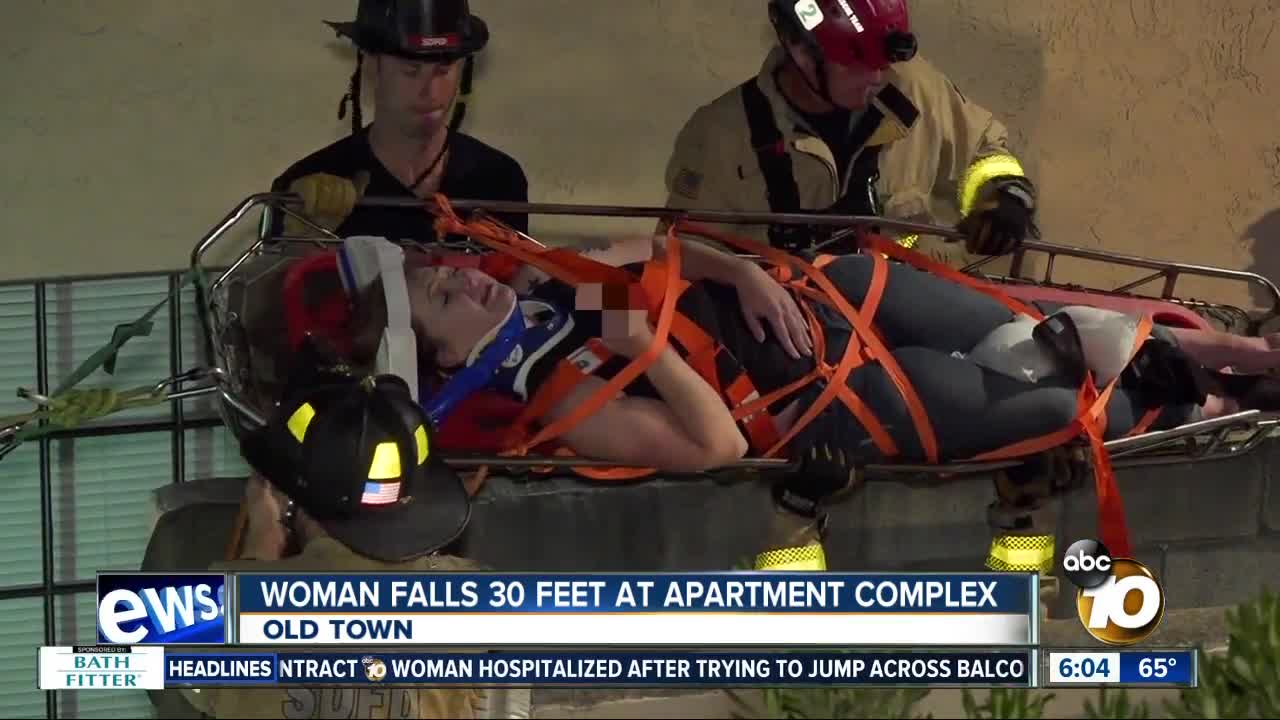 The incident happened at around 9:45 p.m. at an apartment building in the 3900 block of Ampudia Street, according to San Diego Fire-Rescue officials.

Officials said the woman is believed to have locked herself out of her apartment and was attempting to climb to a second-story balcony when she slipped and fell.

It took firefighters about an hour to get to the woman and hoist her to safety.

As she was being loaded in ambulance, the woman was seen giving news cameras the middle finger.

The woman’s injuries were believed to be non-life threatening.