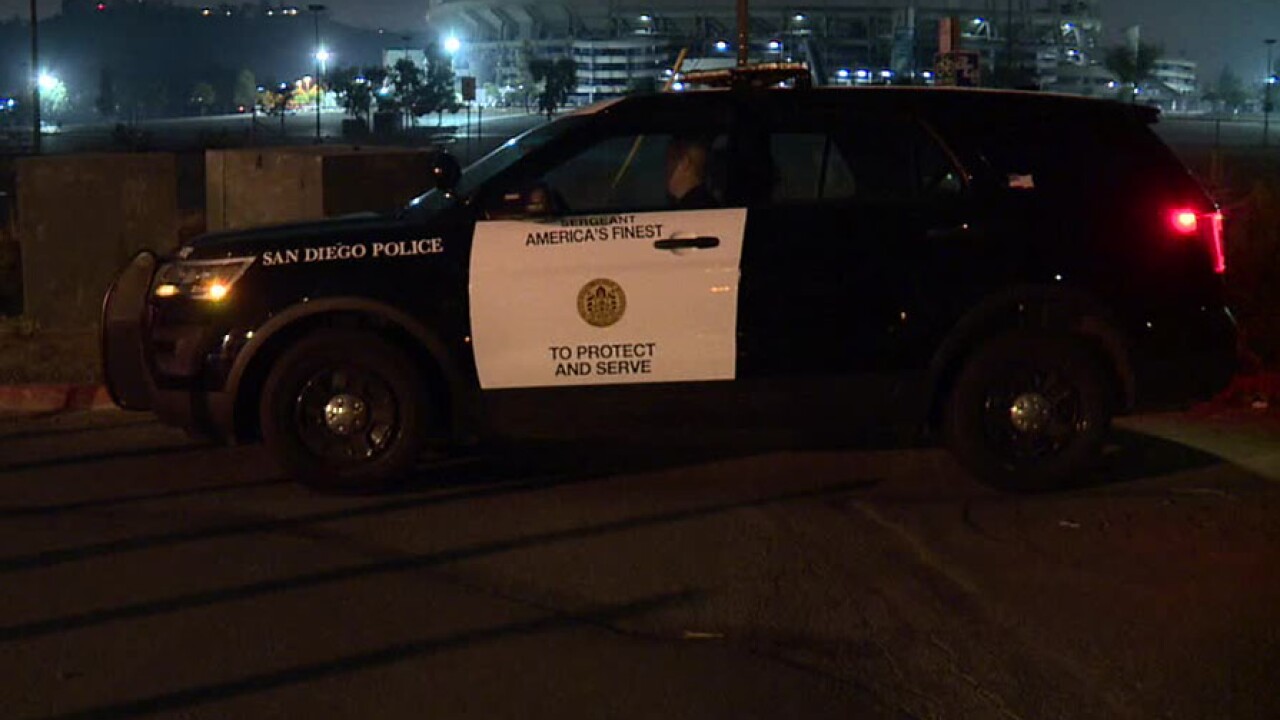 SAN DIEGO (KGTV) - Police are investigating the discovery of a body in a riverbed in the Grantville area.

Shortly after 11:40 p.m. Wednesday, San Diego police said a witness flagged down an officer after spotting a body lying in the riverbed several yards from SDCCU Stadium, near the 9900 block of San Diego Mission Road.

According to police, the officer confirmed that a deceased person was in the riverbed just off a bike trail. 10News learned the person’s death is being investigated as a homicide.

No other details on the investigation were immediately released.