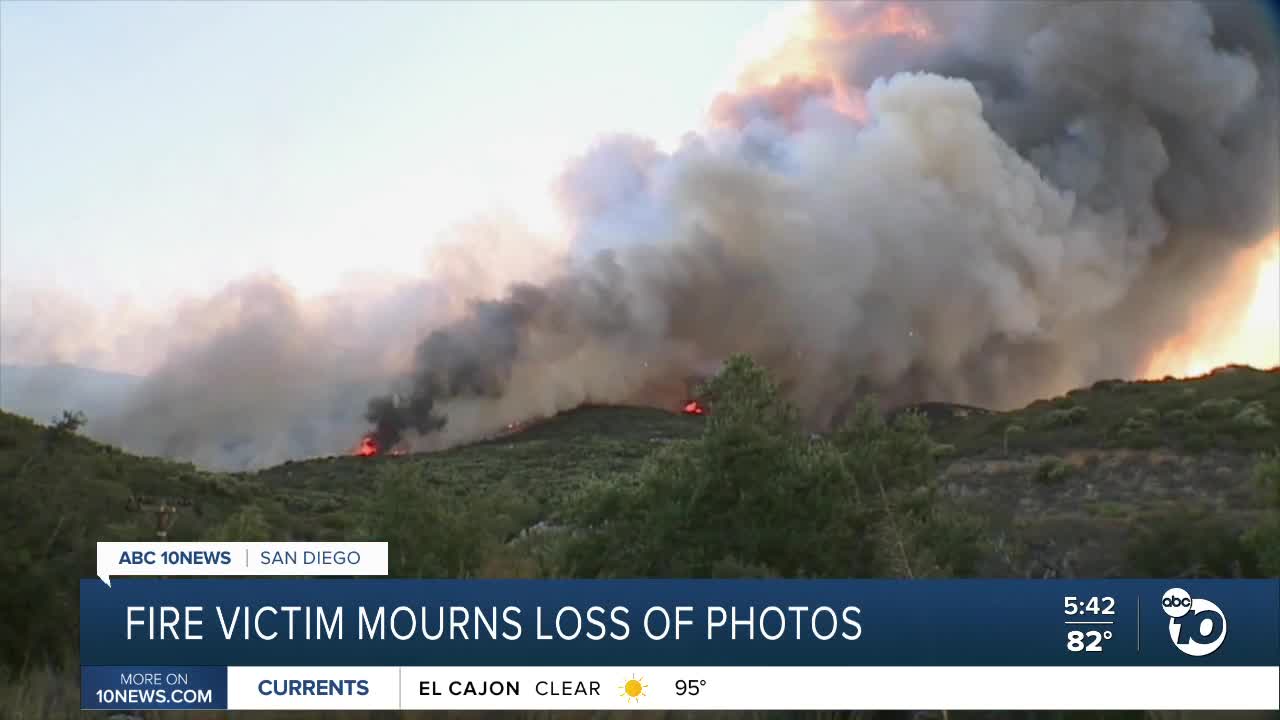 A Jamul man is cleaning up and unsure about how to start over, two weeks after the Valley Fire destroyed his home. 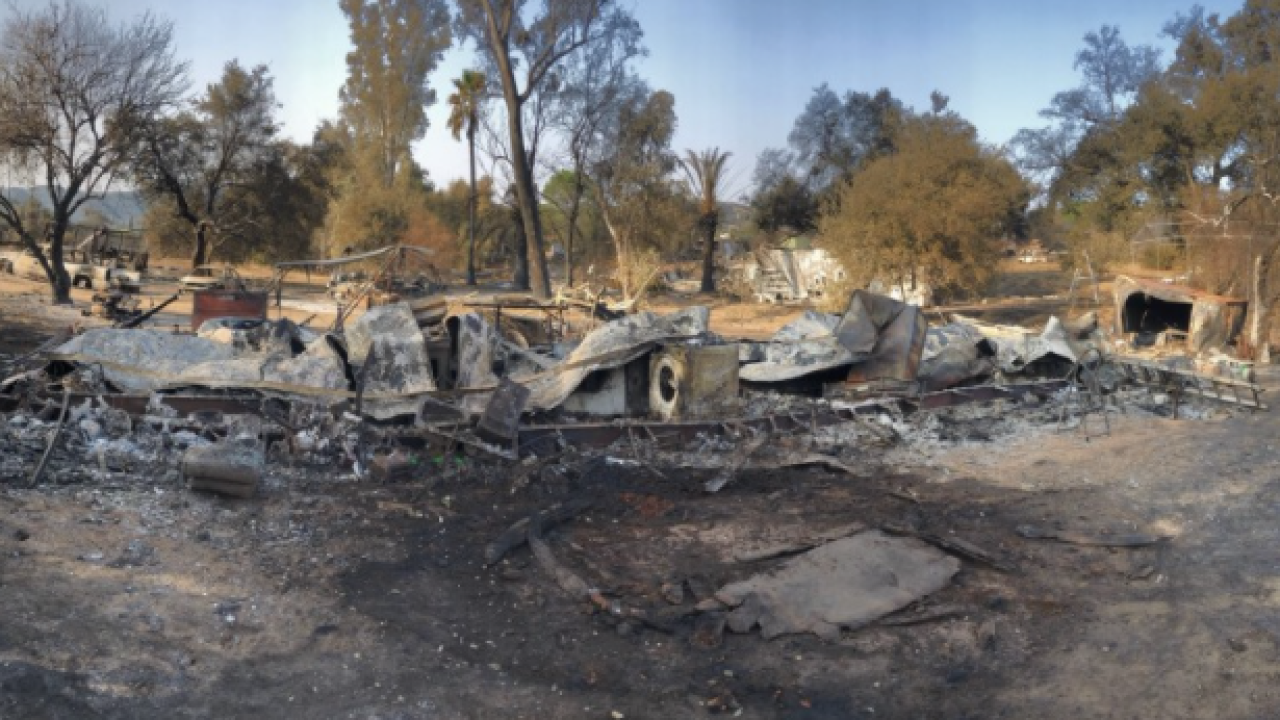 JAMUL, Calif. (KGTV) - A Jamul man is cleaning up and unsure about how to start over, two weeks after the Valley Fire destroyed his home.

The numbness started on Sept. 5. As the Valley fire approached his home on Northwood Drive early in the evening, Stevens, who was driving home from a baby shower, was turned away by authorities, miles from his home.

He returned two days later and saw the devastation. His double-wide trailer, his home for the last 15 years, was gone, and so was his truck, car, and two motorhomes.

"Devastation, everything burned to the ground,' said Stevens.

His vehicles were only insured for liability. He didn't have wildfire insurance for his home.

"They would not give it to me because of the age of the mobile home," said Stevens.

Stevens says his most painful loss is the hundreds of photos of his late love, his girlfriend Marilyn Norman, who died of a heart attack two years ago. They were together for more than a decade.

"Just devastated. I can never look at these photos again ... After years go by, you lose some memories if you don't look at the photos. That's what I really miss," said Stevens.

Sadly, family members say they have yet to find any photos of the couple anywhere. Stevens says he'll hold fast to the memories, as he figures out how to move forward.

"I'm no spring chicken, but I'm starring over," said Stevens.

Stevens says a friend has purchased a travel trailer, and he'll be living in it on the property for the time being.

A GoFundMe campaign has been set to help Stevens purchase a new trailer home.

ABC 10News San Diego is partnering up with sister ABC stations across California to help those families in need. To help, you can also donate to the Red Cross at redcross.org/abc.