What do college students think of impeachment? They want more info 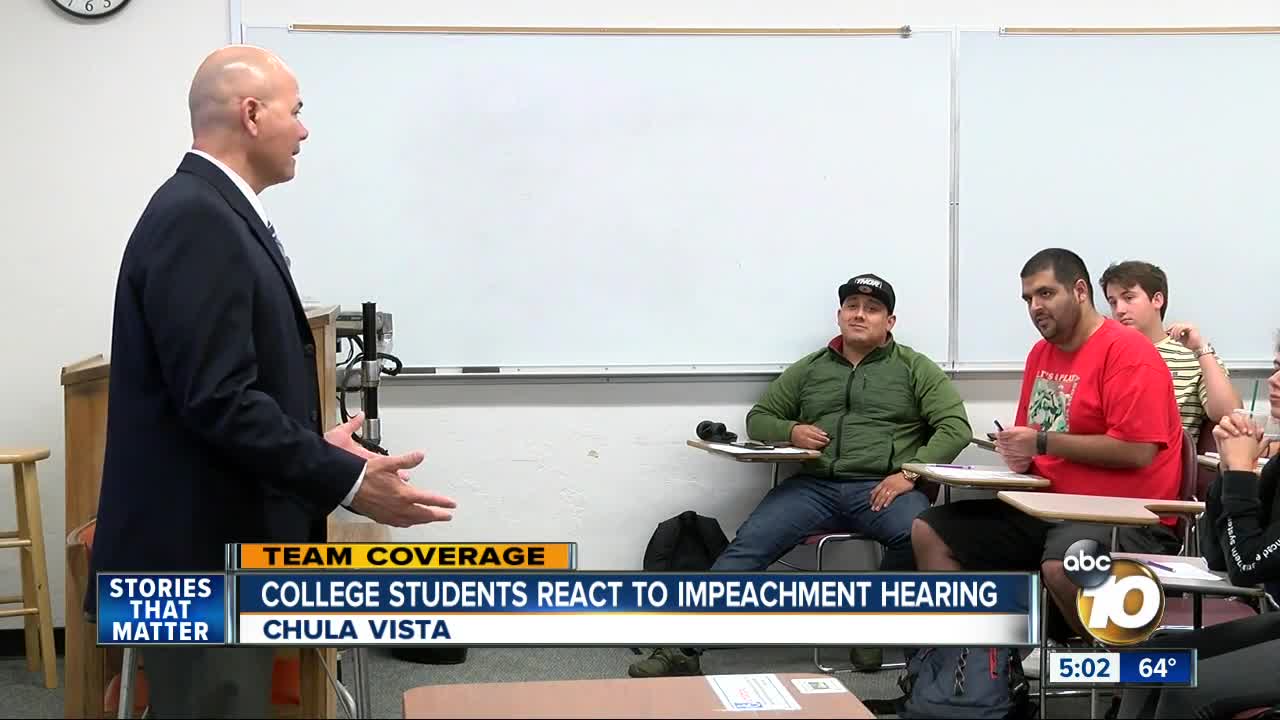 As lawmakers questioned witnesses in the first public hearing, Saenz walked his class through the impeachment process and the latest developments that came from the testimony.

“How many of you, based on what you know right now, believe there's at least enough for an impeachment?” he asked the class.

More than half raised their hands, but as the discussion continued, it became clear many were still skeptical that the impeachment process had made much impact yet.

His classmate, Shadi Bargho, said he thinks the allegations are enough for impeachment but understands there are conflicting narratives.

“There’s just so much being put out there that it’s really easy to put it on the side and not pay attention to any of it,” said Bargho.