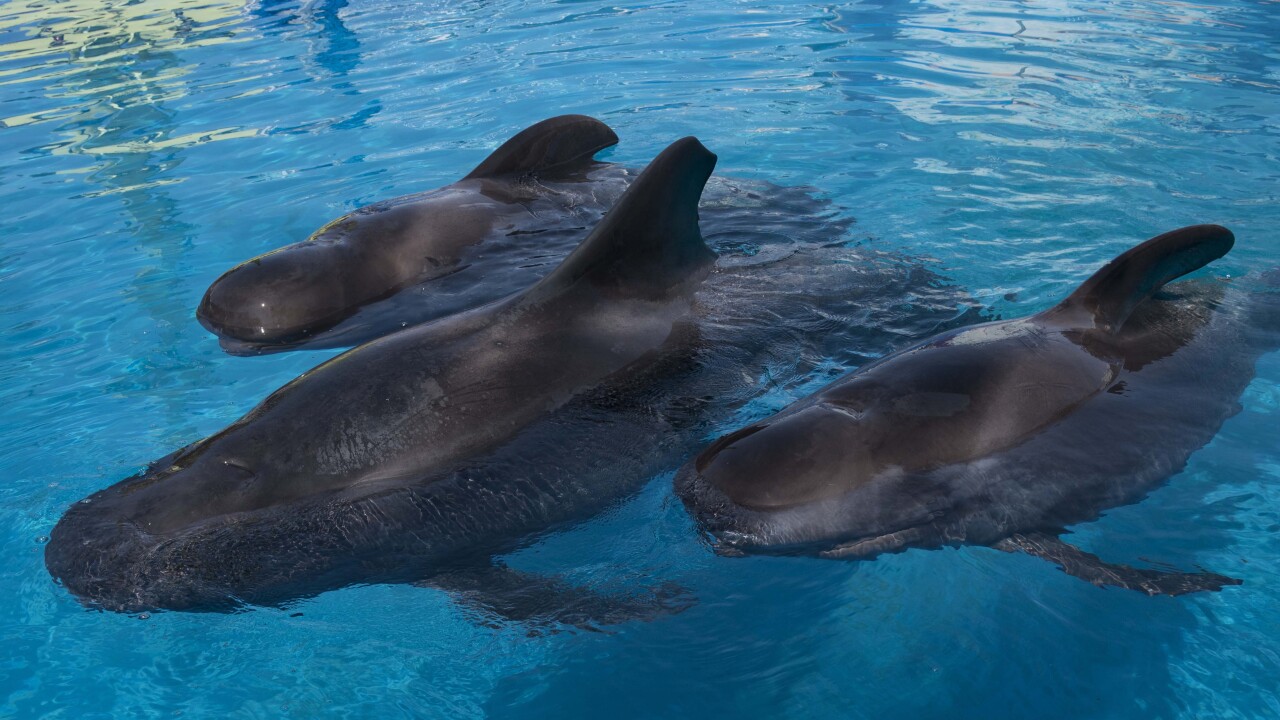 SAN DIEGO (KGTV) — Three rescued pilot whales have been transported to San Diego to continue their recovery from a mass stranding in 2012.

SeaWorld San Diego welcomed 7-year-old short-finned pilot whales — Ace, Ava, and Piper — to the park Monday from SeaWorld's Orlando park. The three whales are the only surviving pilot whales from a mass stranding event near Fort Pierce, Fla., in 2012.

The trio was rescued and rehabilitated by SeaWorld Orlando, but the National Marine Fisheries Service determined the three whales couldn't be returned to the wild since they were dependent calves at the time of their rescue.

The whales will also join Argo, a pilot whale rescued after stranding on a beach near Kamogawa, Japan, in 2004. Argo was transported from Japan to San Diego in 2012.

The new pilot whales are currently adjusting to their new habitat at the Dolphin Amphitheater and will be introduced to Argo over the next several days, SeaWorld says.

As part of the transport, two of SeaWorld San Diego's beluga whales have been relocated to SeaWorld San Antonio.