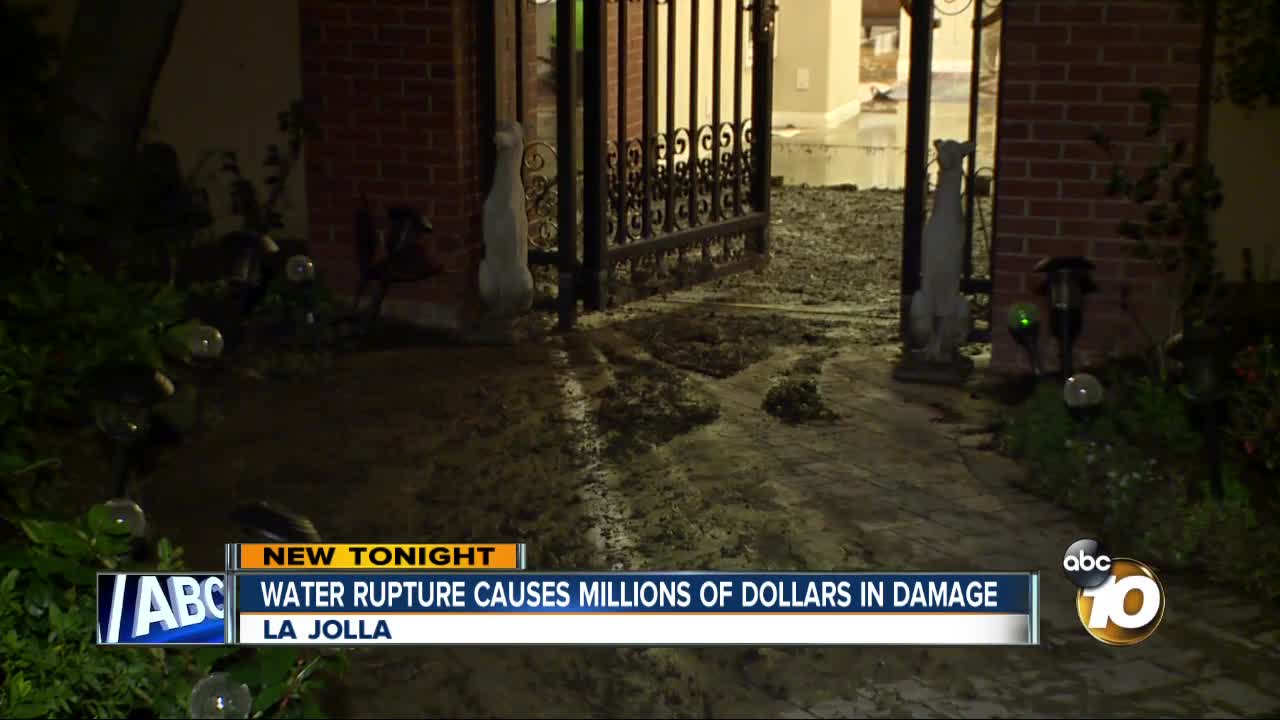 SAN DIEGO (KGTV) - A La Jolla homeowner is facing millions of dollars in damage to his property after massive amounts of water flooded into his house Tuesday.

Didier Jantz, the general contractor for the homeowner, said the owner wasn’t home when the water began flooding in. Crews doing work on the home on Encelia Drive noticed the water start coming in around 3 p.m.

Crews say the water came from a neighborhood property, though it's unclear what ruptured and released the water.

The city told 10News they sent a crew to turn off the water at a residence due to some type of leak, though it's unclear where the leak was and what caused it.