Was Friday's 7.1M quake 'The Big One?' Seismologists say maybe 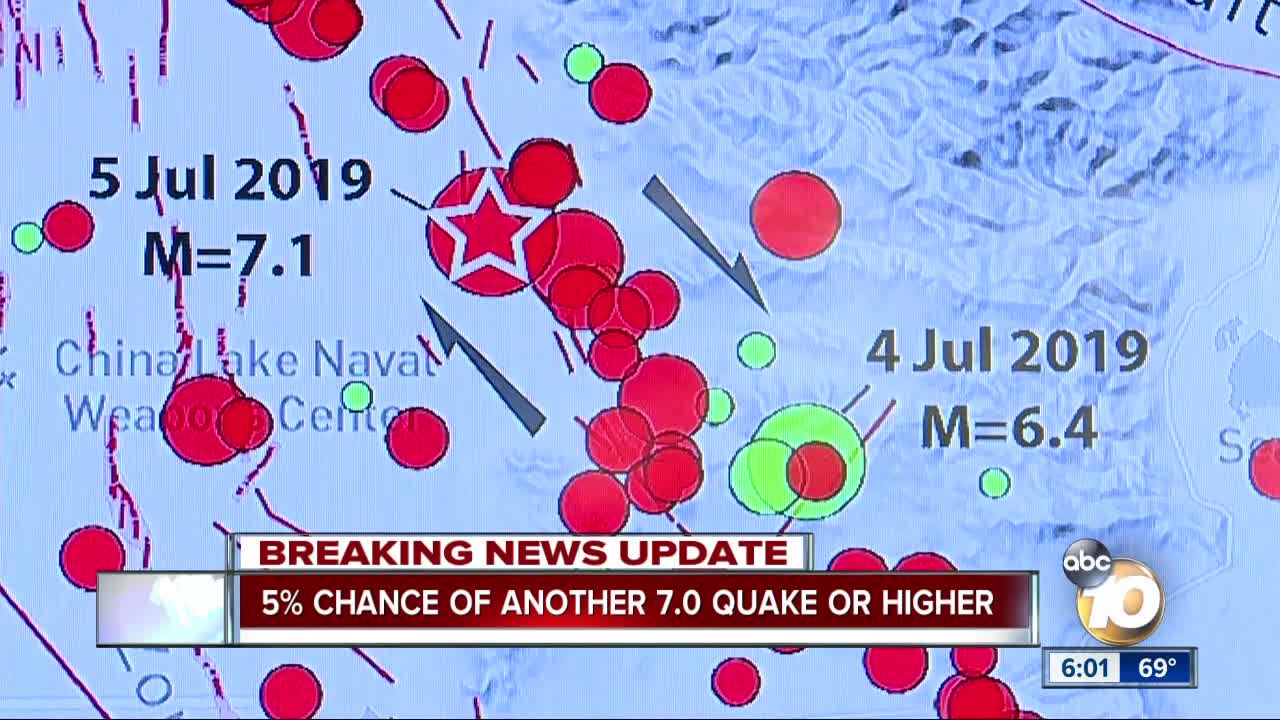 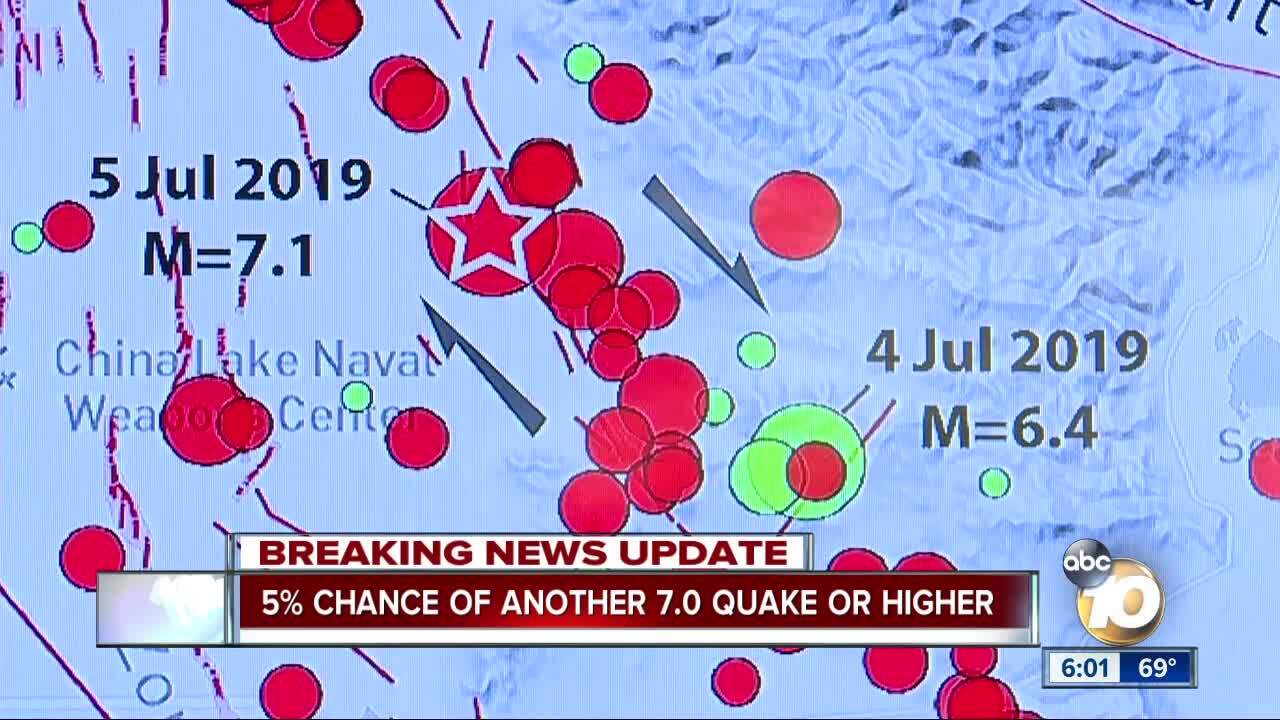 LA JOLLA, Calif. (KGTV)— Scientists all over the world are now studying last night’s 7.1M earthquake near Ridgecrest, CA. Seismologists say we should be expecting another big quake in the near future.

Kilb believes neither jolt was a foreshock or an aftershock. She considers these two quakes “mainshocks,” in what is called a “doublet sequence.”

“Because the space and time of these earthquakes are so close together, we are beginning to call them an earthquake doublet. So that includes the pair of 6.4 earthquake and the 7.1 earthquake,” Dr. Kilb said.

Not only did it shake for several seconds, tremors were also felt from across the state, and even in Arizona.

Like the first big earthquake on July 4, the 7.1M was another rare one. The quake was not along a known fault line. Instead, scientists say this may map out a brand new fault.

Luckily, California’s most massive quake in 20 years occurred in a rural area, meaning injuries and damages were minimal. But Dr. Kilb says living in California, we are never completely out of the woods.

“We live in earthquake country,” Dr. Kilb said. “And earthquakes happen all the time, and they will often be a surprise. Right now the reporting is that there is a one in 20 chance that we will have another 7.0M or greater.”