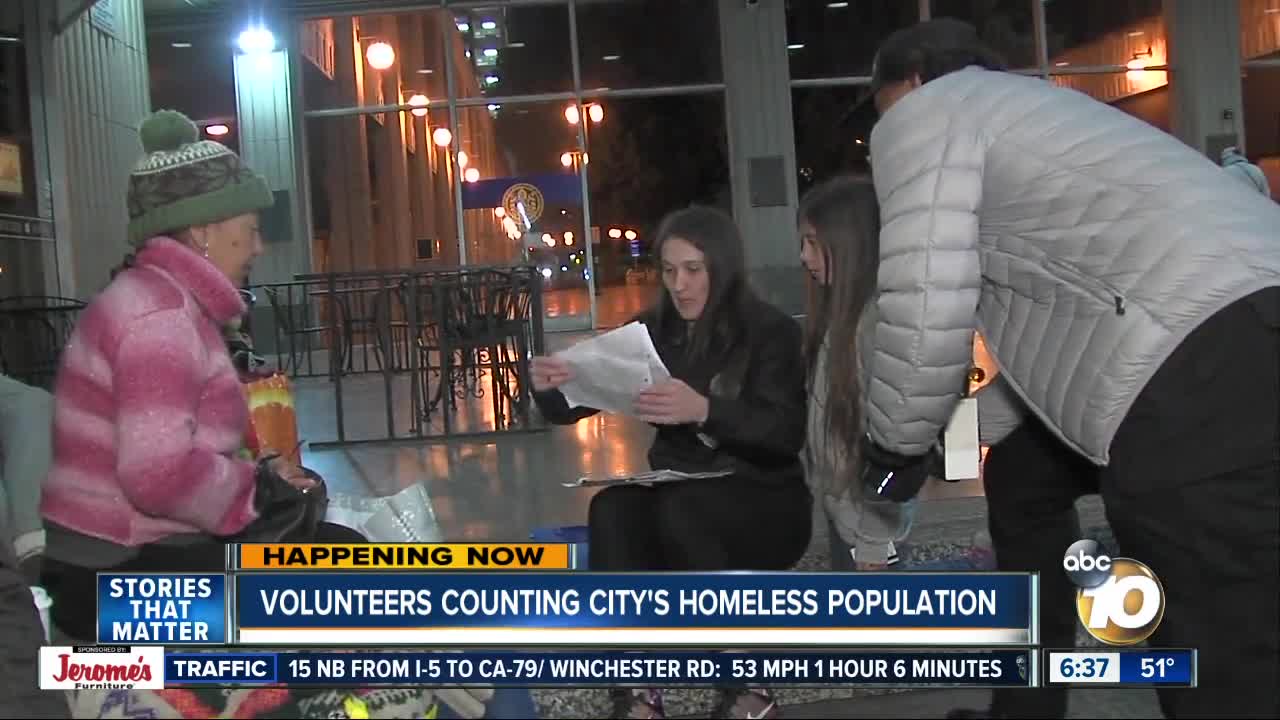 SAN DIEGO (CNS) - The San Diego County Regional Task Force on the Homeless began its annual survey of the size of the county's homeless population on Friday.

Volunteers around the county, including more than 700 county employees, took part in the WeAllCount, the local name for the federally mandated Point-in-Time Count. The U.S. Department of Housing and Urban Development requires that metropolitan areas receiving federal funding to combat homelessness complete the annual count in the last week of January.

This year's survey includes a new and expanded methodology, according to the task force, which will not only count the homeless population but note their needs and priorities. Volunteers conducted interviews with homeless residents on-site in addition to the traditional follow-up interviews to better gauge how best to solve the county's homelessness issues.

"The importance of understanding our need through precise and substantiated data cannot be overstated," said San Diego Councilman and task force Vice Chair Chris Ward. "The insight gained from expanded efforts with our region's point-in-time count will be critical in setting meaningful benchmarks and providing a true pathway off of our streets and into housing."

According to last year's count, San Diego County had the fourth-most homeless residents in the U.S. with an official count of 8,576, trailing Seattle/King County in Washington, Los Angeles County and New York City. The survey found that roughly 5,000 members of the county's homeless population were unsheltered, living on the street or in a car, and the other 3,500 residents were sheltered at the time of the study, living in shelters and transitional housing.

County officials and homeless advocates believe the count should have been even higher due to discrepancies in the survey's methods. Some local officials argue the population of homeless residents could have been as high as 9,200 but the true 2018 total was never discovered.

Task force members and volunteers conducted the bulk of Friday’s survey in the early morning hours, with follow-up interviews scheduled for Saturday.

According to the task force, the county received roughly $20 million in funding from HUD based on data from last year's survey.