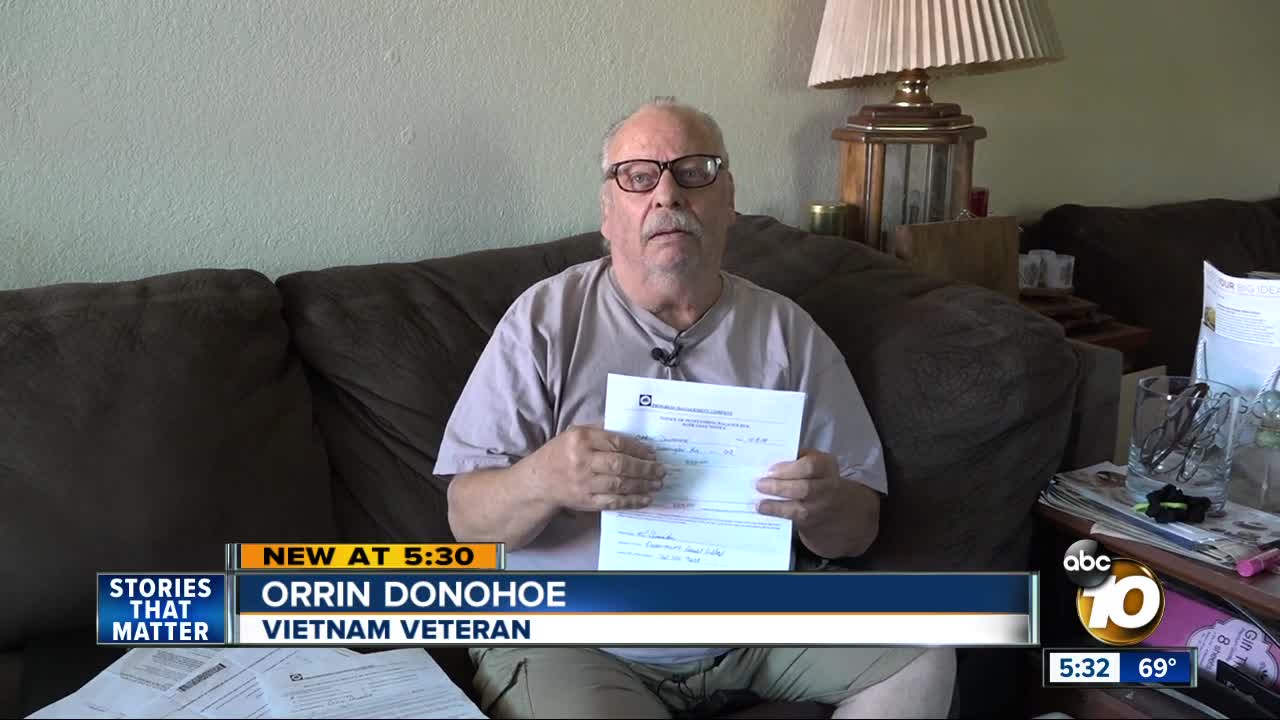 A Vietnam veteran who struggles with PTSD is now in fear he could be evicted from his North County apartment. 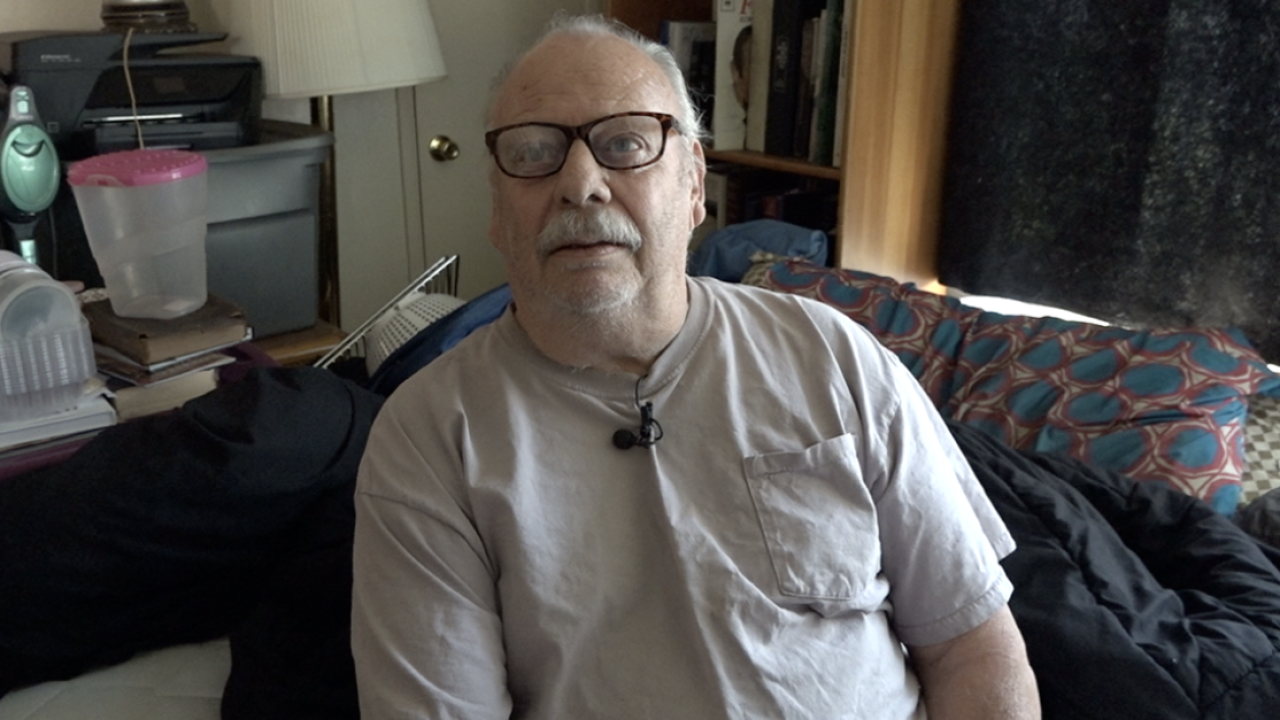 ESCONDIDO, Calif. (KGTV) — A Vietnam veteran who is struggling with memory issues says a "mistake" could cause him to be evicted from his Escondido apartment.

Orrin Donohoe's studio apartment in the Adult Village complex isn't spacious, but it is home. For how long?

"I'm scared of what's going to happen to me," said Donohoe.

Donohoe, who served as a deckhand for three years on the USS Columbus CG-12 during the Vietnam War, was later diagnosed with PTSD.

The memory issues that cost him so many jobs could now cost him his home. Donohoe depends on Section 8 housing vouchers to pay most of his rent. A few days ago, Donohoe got a letter from his landlord: A three-day notice to pay his overdue rent.

Donohoe believes he forgot to fill out the paperwork for the annual renewal for his housing voucher.

Donohoe thinks he could be evicted at any moment. He says the County Housing Authority told him he could reapply for a voucher in six months. Until then, he'll likely have to live on the streets.

The County Housing Authority is reviewing the case but declined to talk specifics, citing confidentiality.

A Gofundme campaign has been set up to help raise funds for Donohoe.