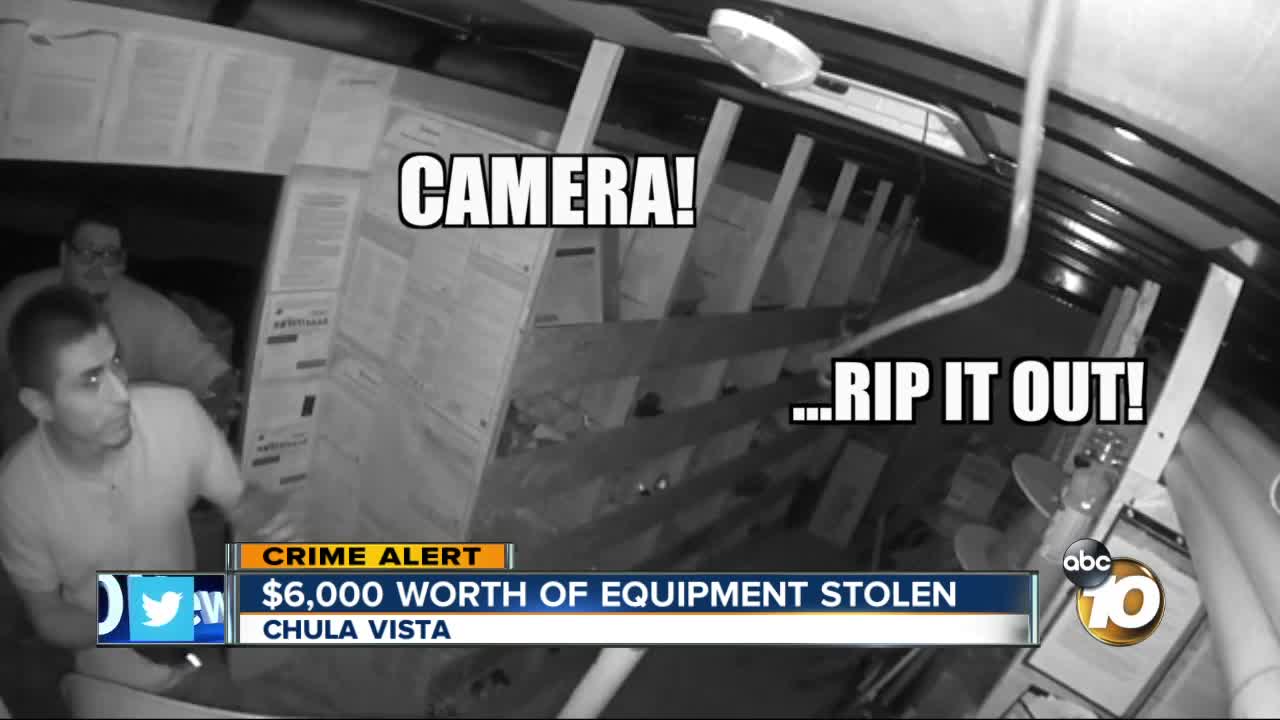 $6,000 worth of construction equipment stolen 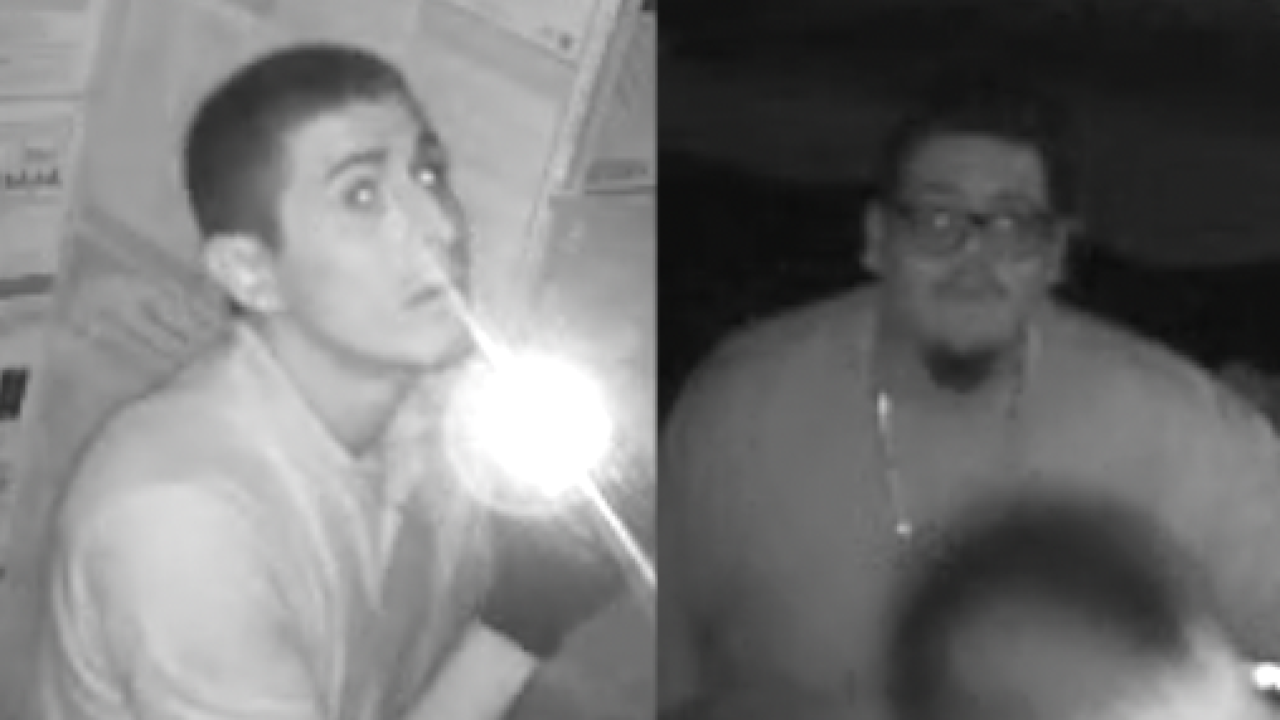 The trailer is owned by Coast Landscaping, a local company contracted to work on the new Chula Vista Bus Lanes along Palomar Street.

The company says this is their second time being burglarized at this location.

Police say the two men first attempted to take the entire trailer parked on Palomar Street but were unsuccessful. So they broke the locks and opened the trailer. The video starts recording just after 2:15 a.m. Tuesday when motion sensors detect a man walking inside the trailer.

“When they opened the door, they had their flashlight on,” project manager, Dennis Compos, said.

The video shows the first man looking around, scanning the contents of the trailer. But when he flashes the light toward the ceiling camera, he sets off the light. Panicked, he goes to get his accomplice, who also is captured on video.

In the next few minutes, they ransacked the trailer while holding onto the surveillance camera. After setting off the alarm, they made off with a hydrostatic pump, a new generator, and special-order brass components.

But during their escape, they threw down the camera, with their fingerprints all over it.

Now Compos is left to clean up the mess, and handle the insurance claims. But he says they're not the only victims here.

"It affects the community and residents,” Compos said. It will take them weeks to replace the equipment, which will inevitably delay the entire project.

“Hopefully we can find these guys and stop them from any further damage,” Compos said.

If you have any information regarding this crime, call Chula Vista Police Property Crimes Unit at 619-691-5129.