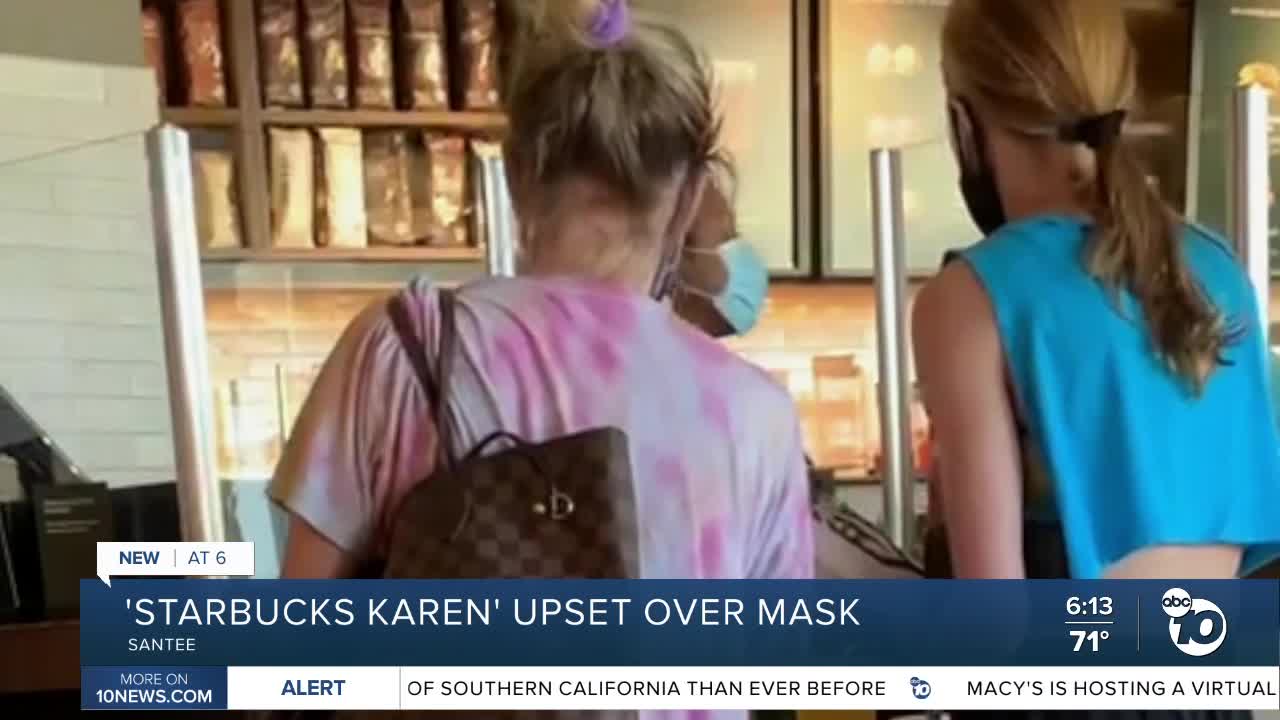 Viral cellphone video shows how things turned ugly when a Starbucks customer was asked to put on her mask in Santee. 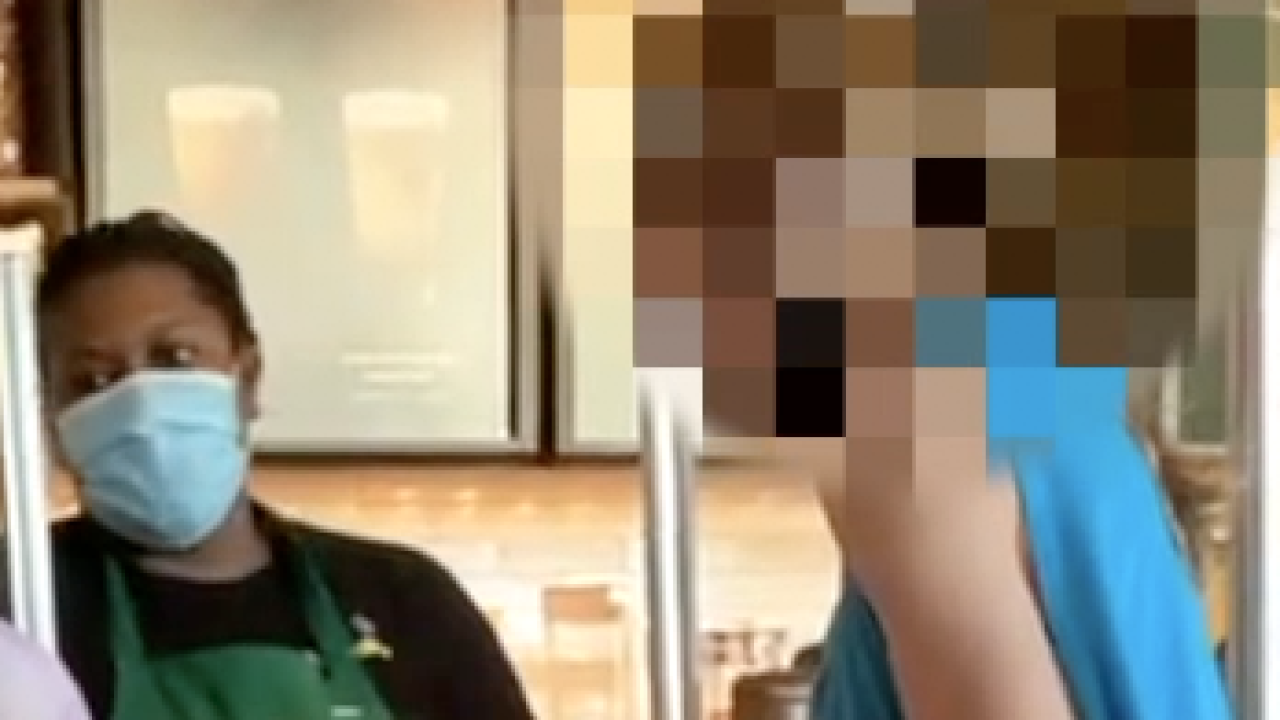 SANTEE, Calif. (KGTV) - Viral cellphone video shows how things turned ugly when a Starbucks customer was asked to put on her mask in Santee.

On Sunday afternoon, at a Starbucks on North Magnolia, 19-year-old barista Alex Beckom says a female customer in a blue top pulled down her 'Trump 2020' mask to ask a question. Beckom says she asked the customer to put on the mask, which she did, before becoming agitated and took it off again. That's when another customer told ABC 10News he started recording.

"I'm not gonna listen to anything you say to me, when you talk to me like that," the customer is heard saying.

"Okay, that's fine, but next time when you come in I'm going to need you to keep your mask on," responds Beckom in the video.

"I told her that, so if she ever came back, the customer and staff would be protected," says Beckom.

Moments later, the customer served up a different motive.

"And I know it's because you're discriminating against me, because I'm a Trump supporter. F*** Black Lives Matter,' said the customer.

"If she thinks she’s being discriminated against, that’s on her. I never brought up anything about he politics ... I wasn't even angry. I was just like, "Why is this happening?" said Beckom.

The customer became even more upset, when Beckom reminded her to wear her mask if she comes in again.

In Beckom's words, this is her first 'Karen' experience in three years as a barista. She posted it on social media, and it went viral with some two million views in a day.

"I think it’s important to show this type of behavior shouldn’t be normalized and shouldn’t be acceptable ... As this behavior continues, the cycle continues, and we need to get this cycle to stop," said Beckom.

A Gofundme campaign has been set up to help Beckom with her college education and to help her co-workers at the Starbucks.