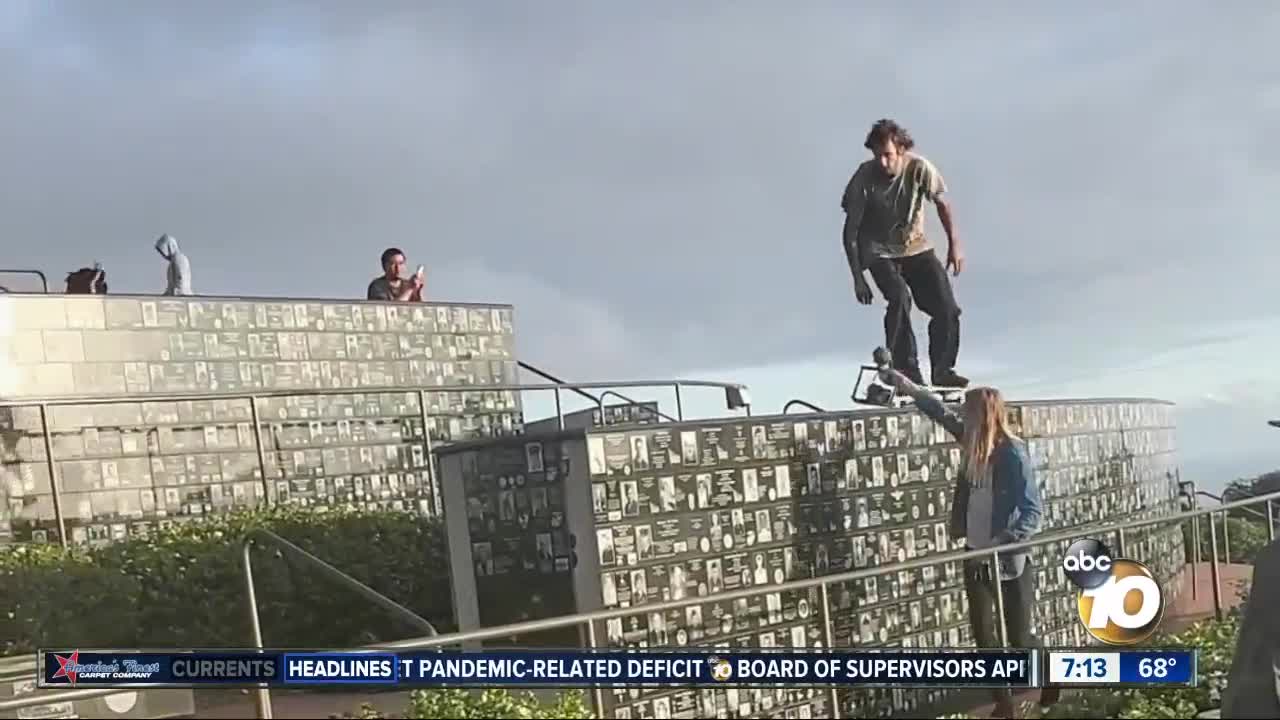 The video shows a group of people watching as one skateboarder rides on top Mt. Soledad's walls honoring military members. The rider then attempts to land a trick and fails. 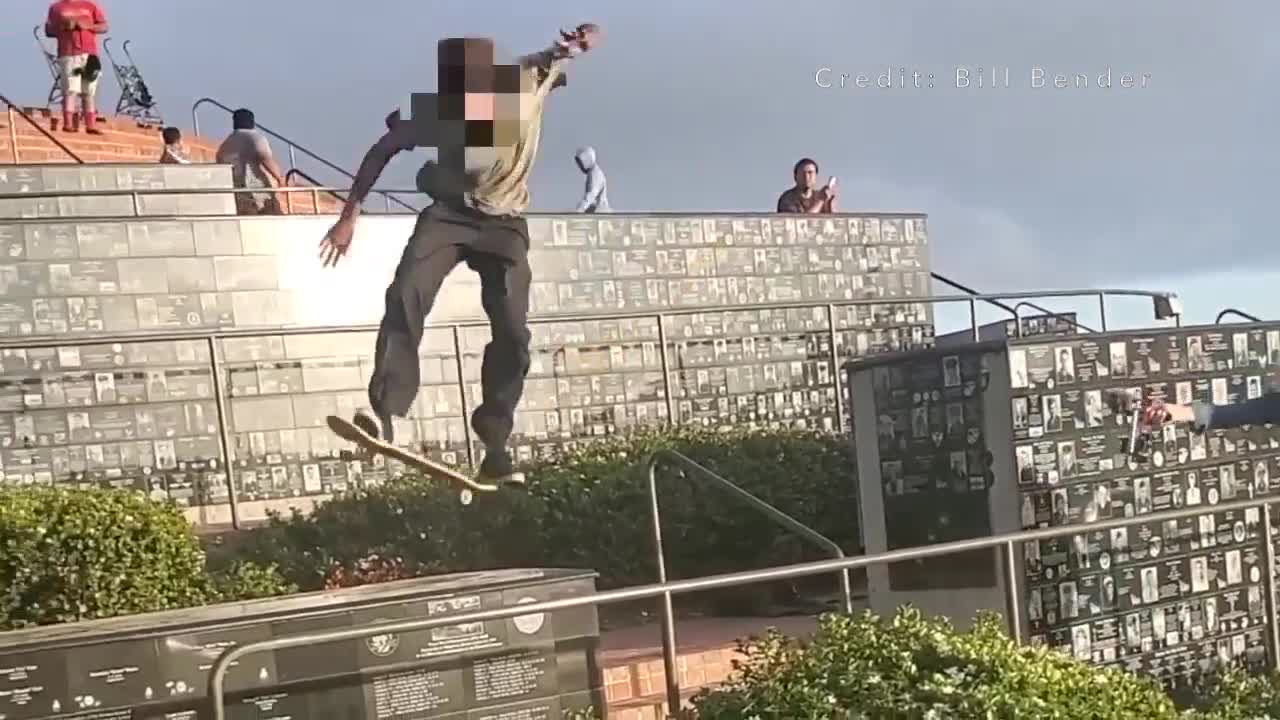 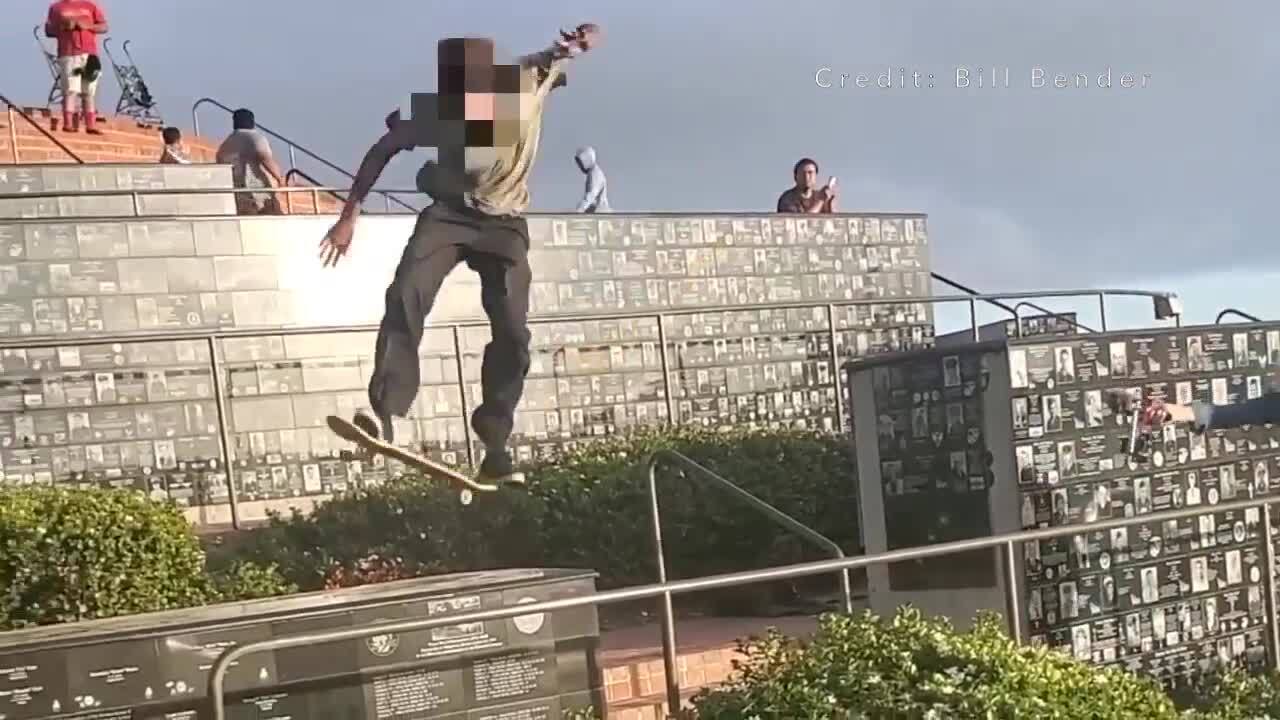 The video shows a group of people watching as one skateboarder rides on top the memorial's walls honoring military members. The rider then attempts to land a trick and fails.

Bill Bender, who took the video during a walk, told 10News he called police over the matter and officers arrived shortly after.

San Diego Police confirmed to 10News that they received a call about the incident, but that the group had left before officers arrived.

The walls surrounding the memorial honor veterans from the Revolutionary War to today. The site's more than 3,500 plaques include a picture of the veteran with a brief summary of their experience.

Bender's video on Facebook drew outrage, with many responses slamming the behavior at the site.

"It's really disheartening when you see what they were doing," said Bender.

Phil Kendro, the VP of the Mt. Soledad Memorial Association which manages the park told 10News, "We are very disappointed that this incident occurred this week, especially just before Memorial Day when we commemorate those that have fallen in defense of our Nation, and we are looking at solutions to ensure this does not occur again."

Don Hotz saw the video and said the he recognized that location because his father and uncle have plaques there.

"I know what it’s like to be a kid and a skater but this where frankly I draw the line," said Hotz.

His message to the unidentified skater was simple.

"If you’re listening guys, I would appreciate it if you would not do that kind of thing. That’s disrespectful to men that spend their lives protecting what we have today."