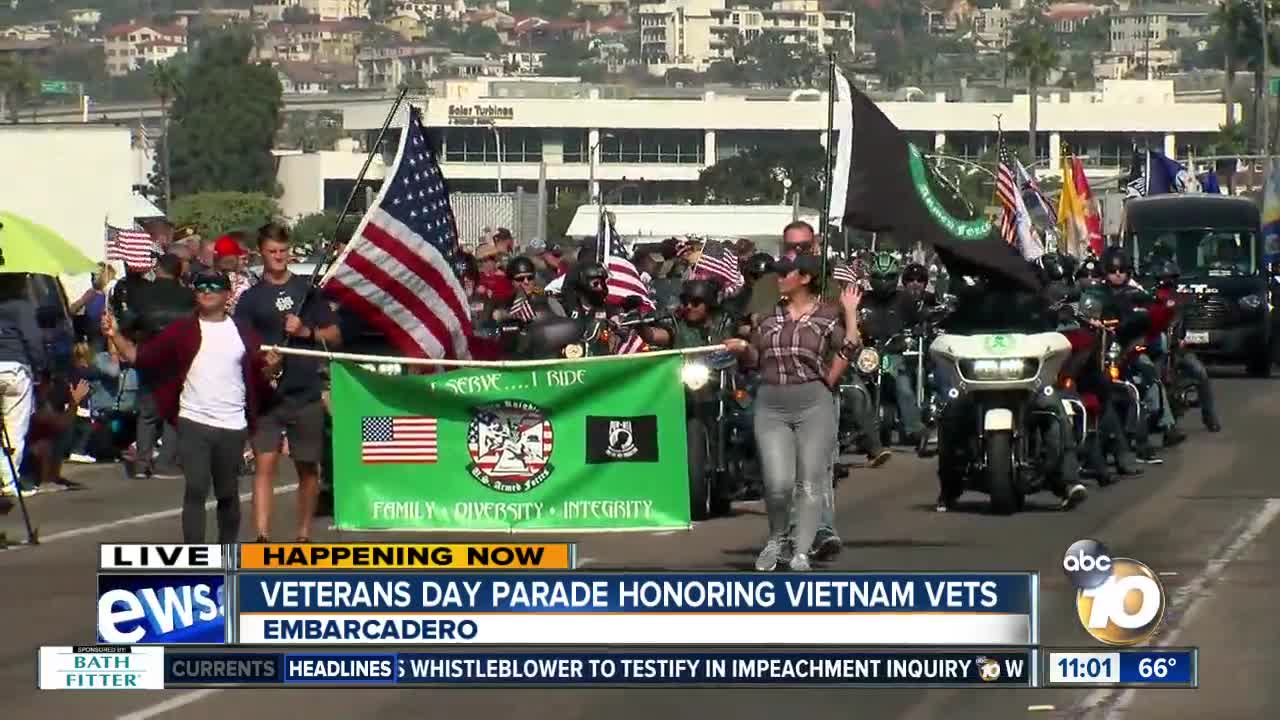 A crowd lined the Embarcadero to honor local veterans. 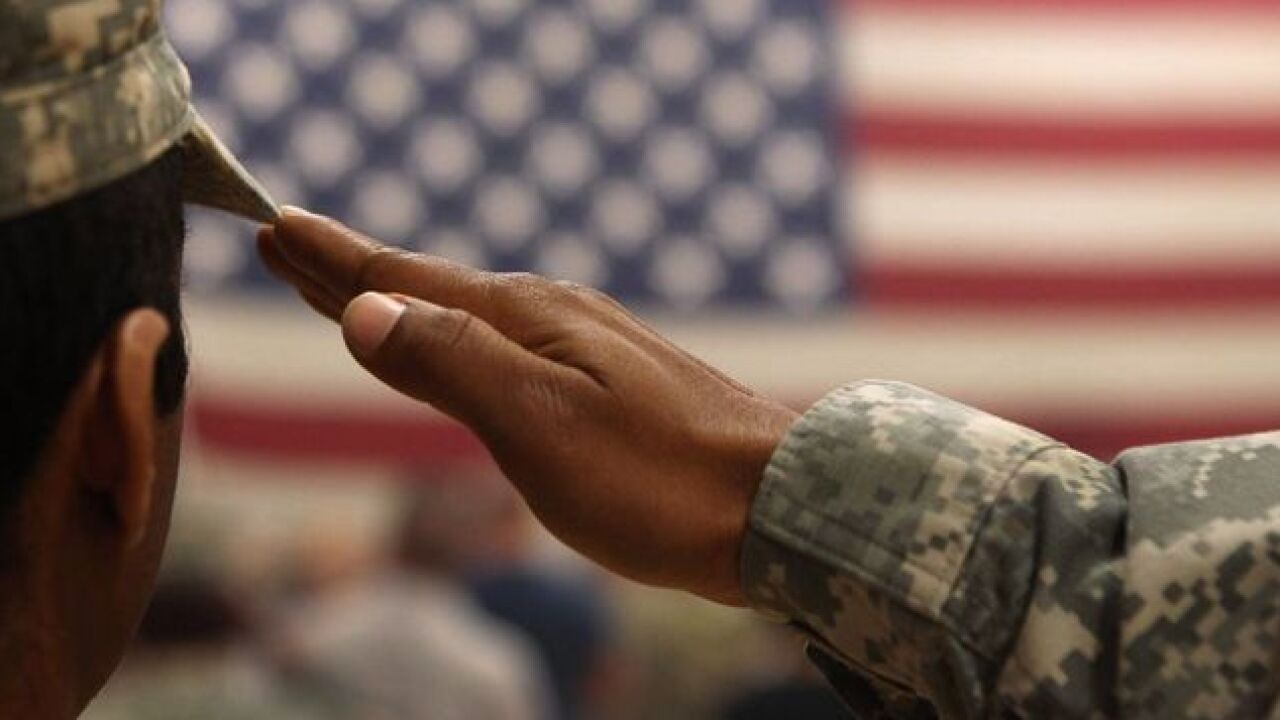 SAN DIEGO (CNS) - Events are being held around San Diego County Monday to celebrate Veterans Day and honor those who have served in the military.

The parade also featured a performance by the Nassau County Police Emerald Society Pipe Band and the horses and riders of the Scripps Miramar Saddlebreds. Local Vietnam War veterans and Pearl Harbor survivors marshaled the parade, according to Veterans Week San Diego.

The service will be held at Miramar National Cemetery's Flag Assembly Area. The event is open to active-duty military members, veterans, their families and members of the public.

In recognition of the holiday, the city and county of San Diego will close their administrative offices, libraries, recreation and community centers, the county's parks and campgrounds, the city's pools and all public buildings at Balboa Park. All local services and offices are expected to re-open Tuesday.