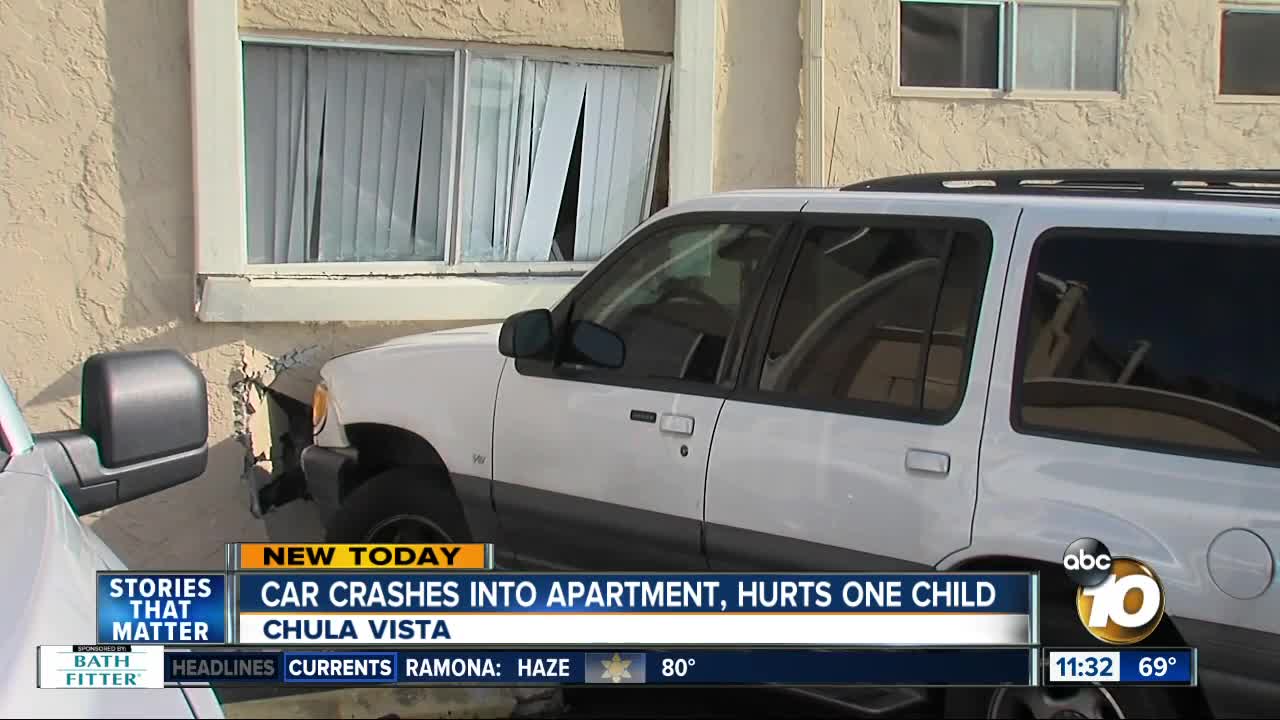 A boy was sleeping on the other side of the wall. 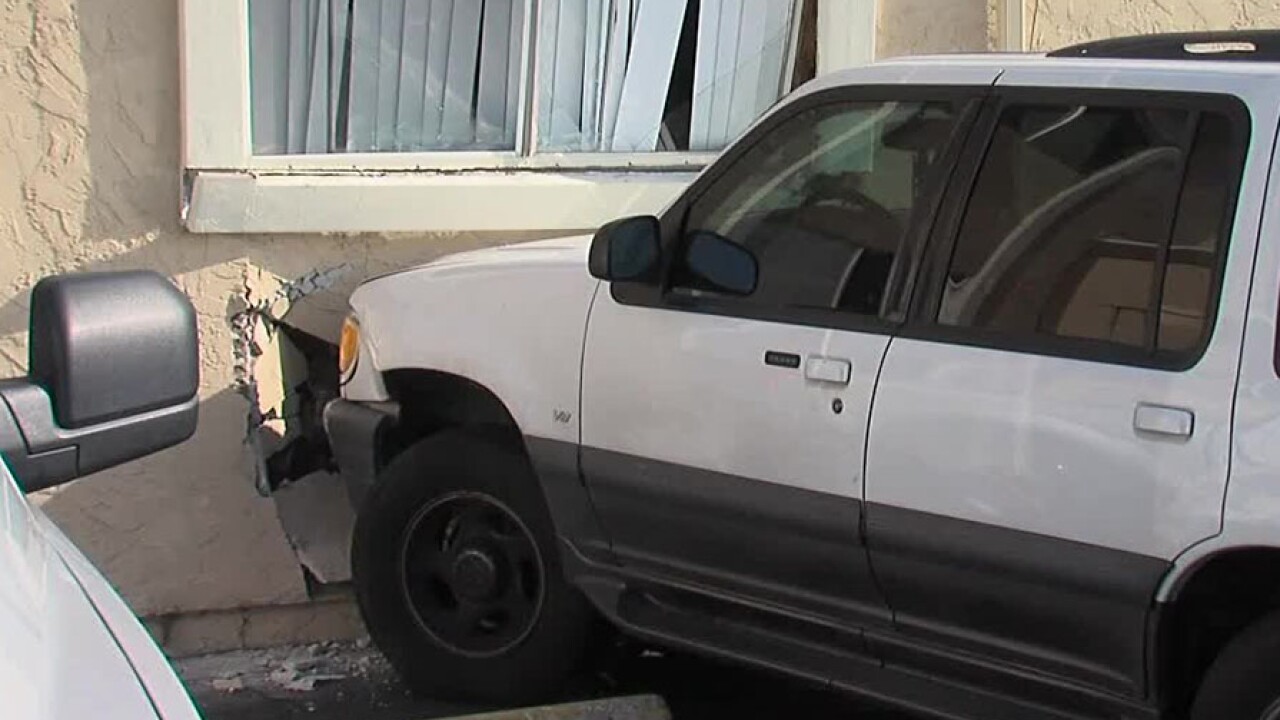 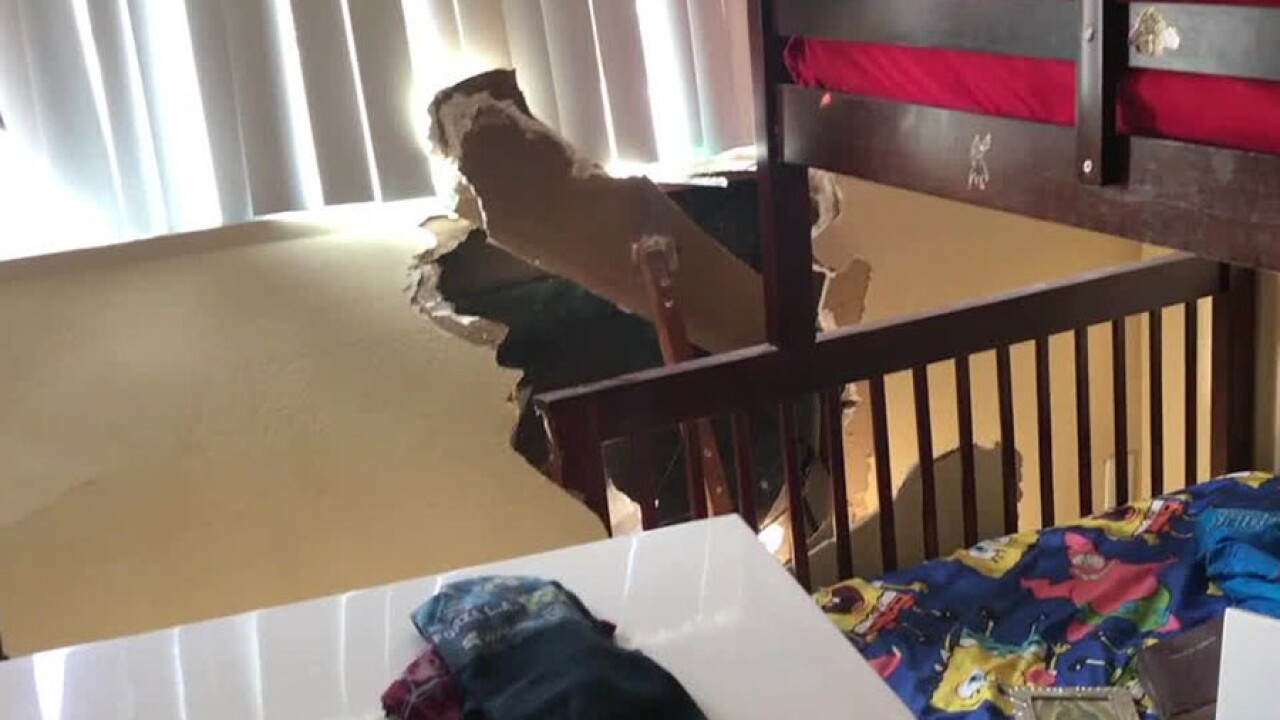 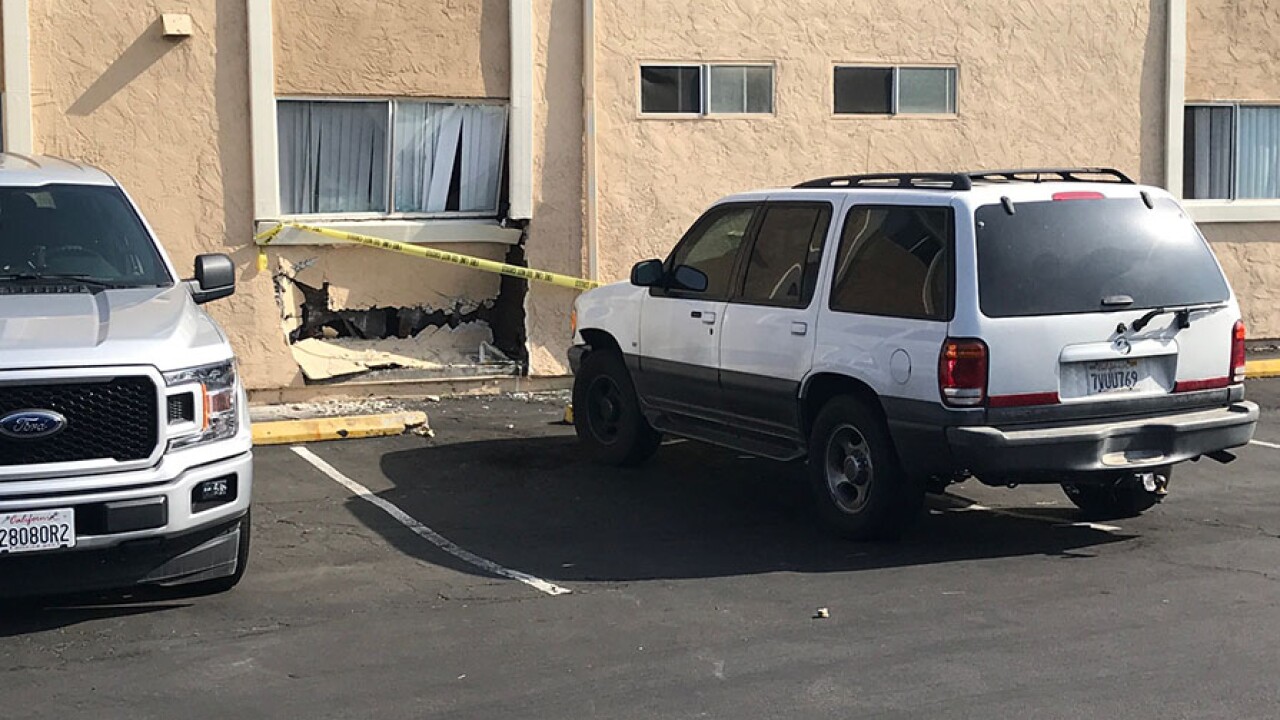 CHULA VISTA, Calif. (KGTV) - A boy was taken to the hospital Tuesday after an SUV crashed into his bedroom at a Chula Vista apartment complex.

The crash occurred shortly before 8:15 a.m. Tuesday at an apartment building in the 500 block of Woodlawn Avenue, according to Chula Vista Fire Department dispatchers.

The driver of a white Ford Explorer told Chula Vista police that her gas pedal somehow got stuck, causing her to drive into the structure.

Two brothers were sleeping in bunk beds inside the apartment unit when the SUV came through the wall and struck the bed frame.

A 10-year-old boy in the bottom bunk was not seriously hurt, but he was taken to the hospital to be evaluated. His younger brother was not injured.

No other injuries were immediately reported.

Three adults and three children were displaced due to the crash and are receiving assistance from the Red Cross.

A building inspector was summoned to the scene to check on the safety of the structure.