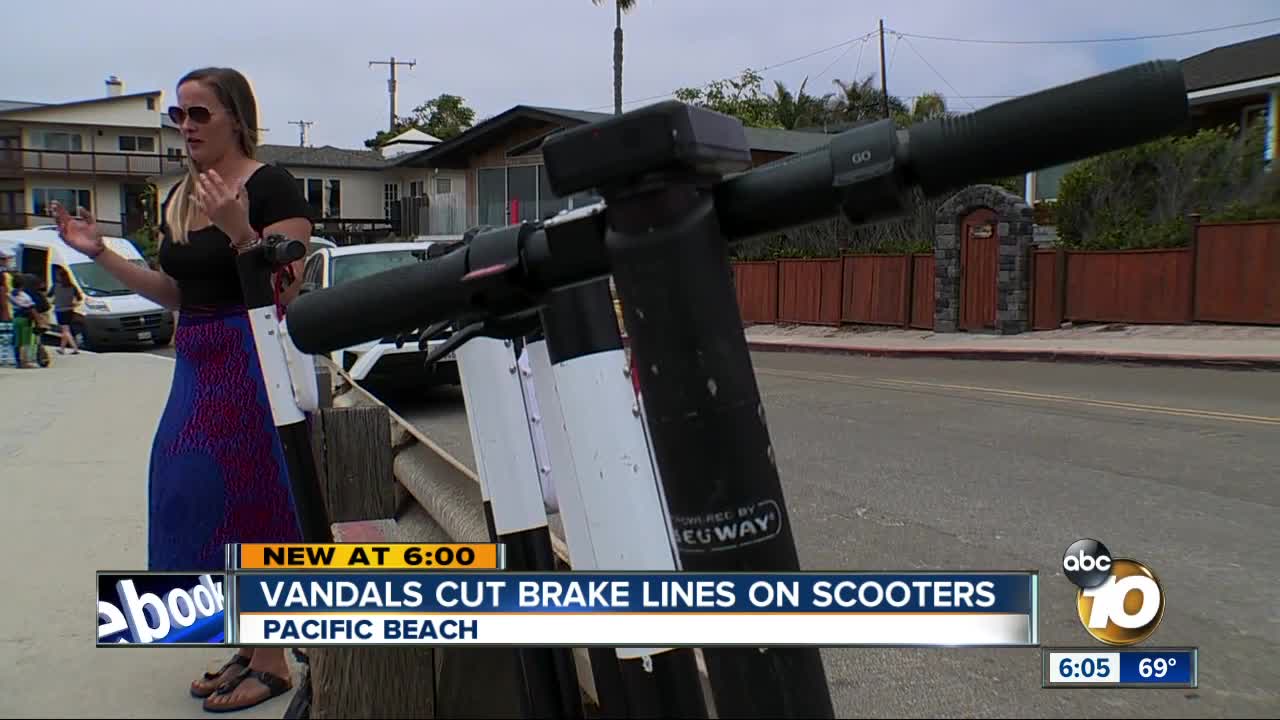 Scooter riders near the beach checking their rides a little closer following reports of a group of vandals cutting the brake lines on Bird scooters in Pacific Beach. 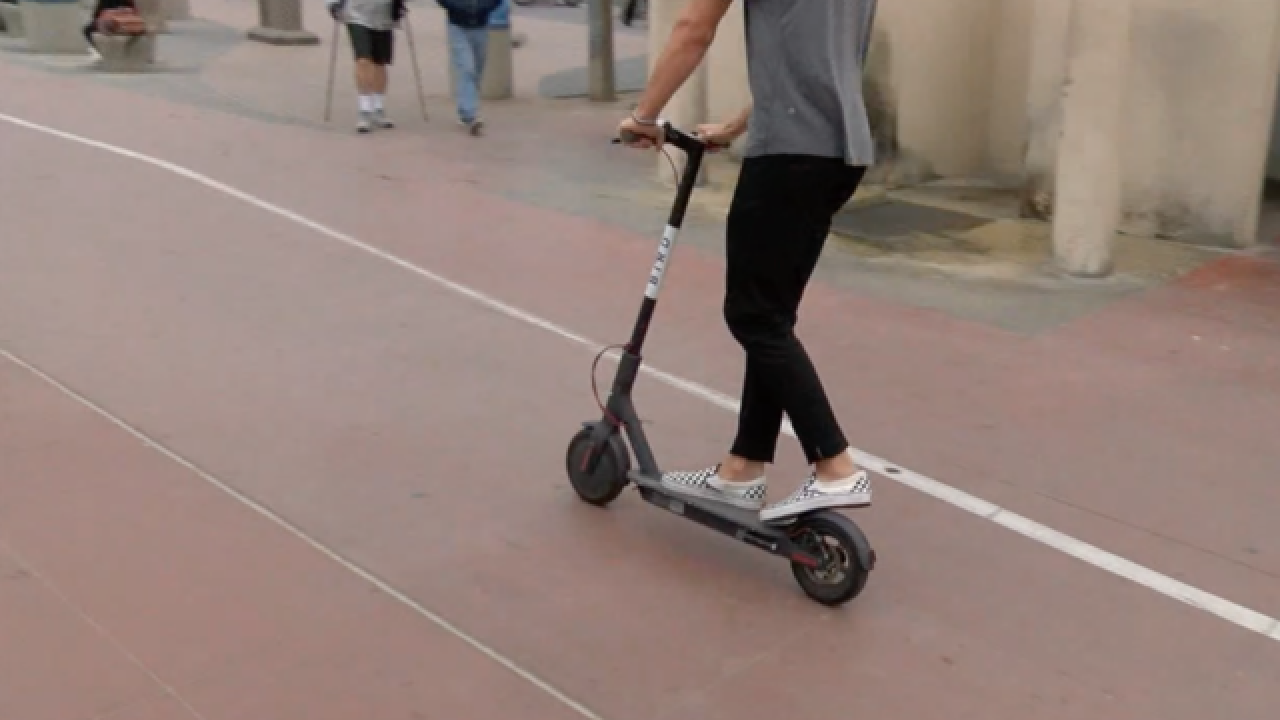 SAN DIEGO (KGTV) -- Scooter riders near the beach are checking their rides a little closer following reports of a group of vandals cutting the brake lines on Byrd scooters in Pacific Beach.

"That actually happened to me once in Key West. I had rented scooters and somebody had cut the gas line and we had to walk several miles,” said Jamie Gustine.

It was a gas line then, but Jamie says now she’s forced to worry about cut brake lines when she rides.

"My kids have ridden them, I have an 8 year old and a 12 year old who was riding the scooter as well, so that's where it scares me the most," she continued.

"It's always something you're thinking about as a parent,” said Michael Cole.

Michael Cole, thinking about it as he teaches his 7-year-old daughter to ride.

"Somebody is eventually going to get hurt when you're doing something like that, especially down here by the beach, you grab a scooter, you're not thinking that someone cut the break lines."

San Diego Police say you should contact the scooter company directly so they can remove the damaged scooters from the streets. The companies would have to file a vandalism report with police.

10News reached out to Byrd for comment, they sent us the following statement:

Vandalism of any kind should not be accepted, full stop. Vandalism can include damage to local storefronts, broken windows of cars, and theft or destruction of e-scooters. At Bird, we have zero tolerance for vandalism and aggressively address it when it occurs in communities where we are meeting peoples’ needs for sustainable transportation options. We encourage everyone in these communities — whether they ride Bird or not — to report vandalism done to or with our vehicles as we are committed to acting swiftly and effectively. If you see something, report it to us at hello@bird.co. Bird investigates all reports of vandalism and takes appropriate measures, including working with law enforcement.