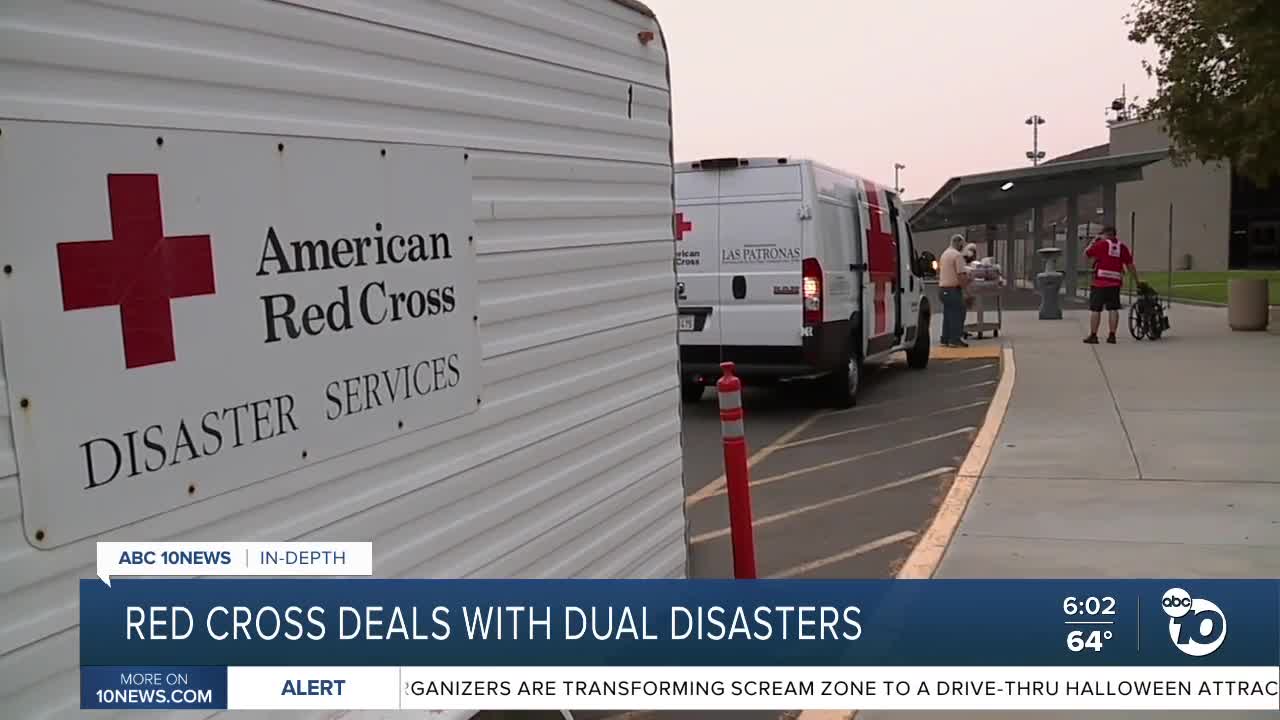 The Valley Fire gave the Red Cross and Humane Society their first test of their new Coronavirus safety protocols during an emergency. ABC 10News Reporter Jared Aarons goes in depth to find out what worked and what needs adjusting before the next emergency. 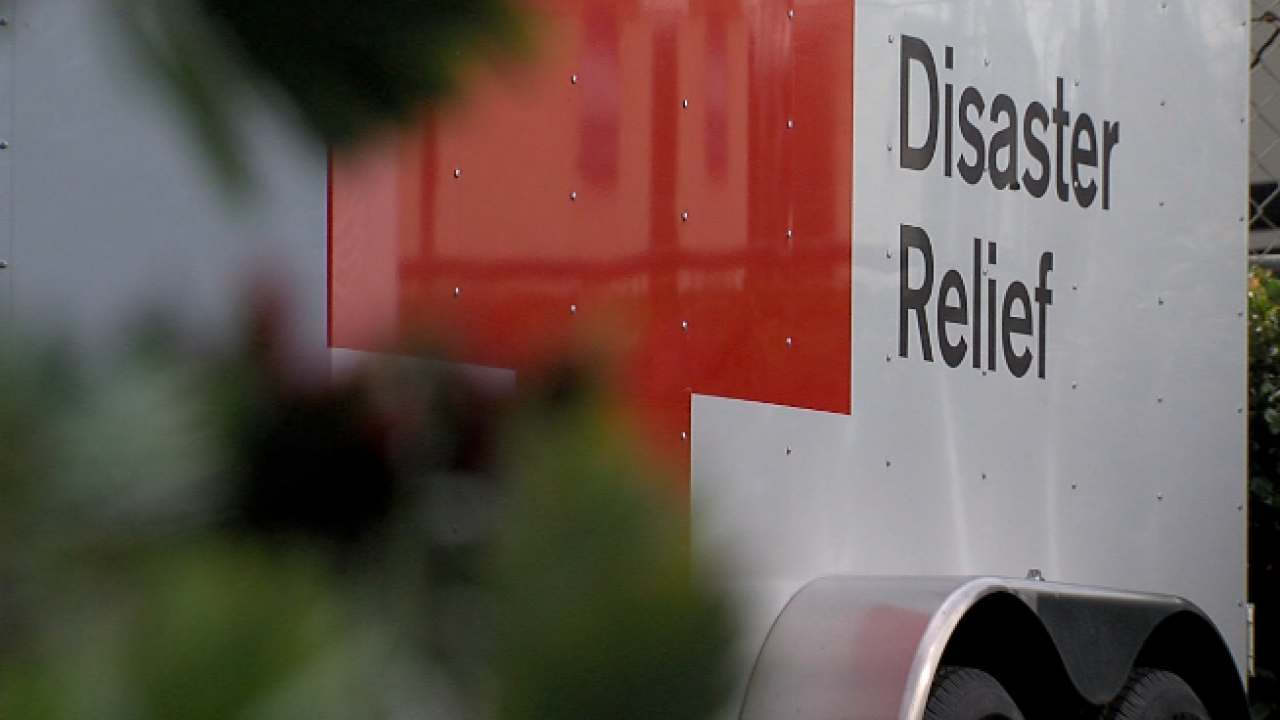 SAN DIEGO (KGTV) - As the Valley Fire raged across parts of eastern San Diego County, emergency assistance workers put into action plans they'd been working on for months to handle the dual disaster of a wildfire during a pandemic.

The Red Cross has been planning and training for months, knowing this situation would likely arise this fall.

Mahoney says their plan included Temporary Evacuation Points instead of group shelters, hotel rooms for people who needed somewhere to stay, grab and go or delivery meals, and an emphasis on sanitation and health screenings to keep volunteers and evacuees safe.

"We planned for this as much as we possibly could, but exercise is just an exercise. Doing the real thing is where you have those real lessons learned," Mahoney says.

During the Valley Fire, the Red Cross assisted 440 people in 174 families. They served around 9,000 meals and snacks.

But not everything went according to plan. On the first night of evacuations, the Red Cross ran out of hotel rooms, especially for people who had pets. Some evacuees without RVs had to sleep in their cars.

Meanwhile, the San Diego Humane Society also put in new protocols for safety during the pandemic. They helped hundreds of animals during the Valley Fire, and say the most significant challenges were limiting contact with owners and making sure their field teams followed the rules about distancing and wearing masks.

"The more people you interact with, the more likely you are to come in contact with somebody who is transmitting coronavirus," says Lt. John Peaveler. "So, we've had our biggest safety precautions on that side."

Both groups say they'll take all the Valley Fire experience and put it to use in the next disaster. Since wildfire season is just beginning, they're sure it will come in handy.