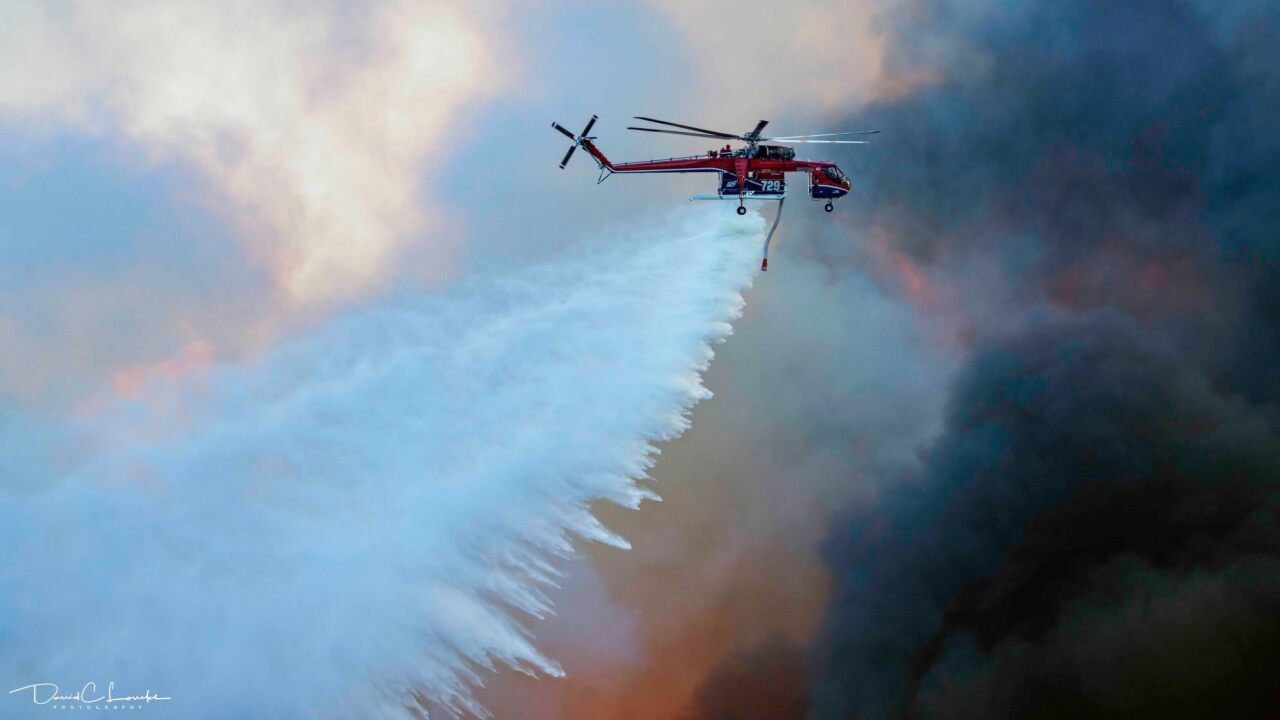 APATUL VALLEY (CNS) - Firefighters battling the Valley Fire in rural eastern San Diego County worked to take advantage of lighter winds and higher humidity this morning in an attempt to increase containment of the blaze.

The fire, southeast of Alpine, has burned 17,665 acres, destroyed 30 residences and 31 outbuildings, damaged 11 other structures, injured three firefighters and was 79% contained.

However, Cleveland National Forest remained closed to the public until further notice ``to protect natural resources and provide for the safety of the public and firefighters,'' Cal Fire advised.

``This closure will stay in place until conditions improve and we are confident that national forest visitors can recreate safely,'' according to the state agency.

Cal Fire cautioned those returning to the fire-ravaged area Friday to ``use extreme caution around trees, power poles and other tall objects or structures that may have been weakened'' by the blaze.

The San Diego County Sheriff's Department will increased its patrols in the area to ensure public safety and prevent looting, according to Cal Fire.

Officials advised that motorists in the area may face traffic disruptions due to the continued presence of firefighters, law enforcement personnel and utility workers still working there.

About 140 San Diego Gas & Electric customers in Alpine, Barrett Lake, Dehesa, Lyons Valley and Rancho Palo Verde were without power. Electricity was restore to many customers on Friday and the rest were expected to be back online by Tuesday afternoon, the utility said.

Due to smoke drifting over much of the San Diego region, the county Pollution Control District advised that the air quality may be unhealthy in some local communities and advised people to limit outdoor activities until conditions improve.

Gov. Gavin Newsom declared a state of emergency for San Diego County Sunday due to the Valley Fire, a move intended to free up federal relief funds.