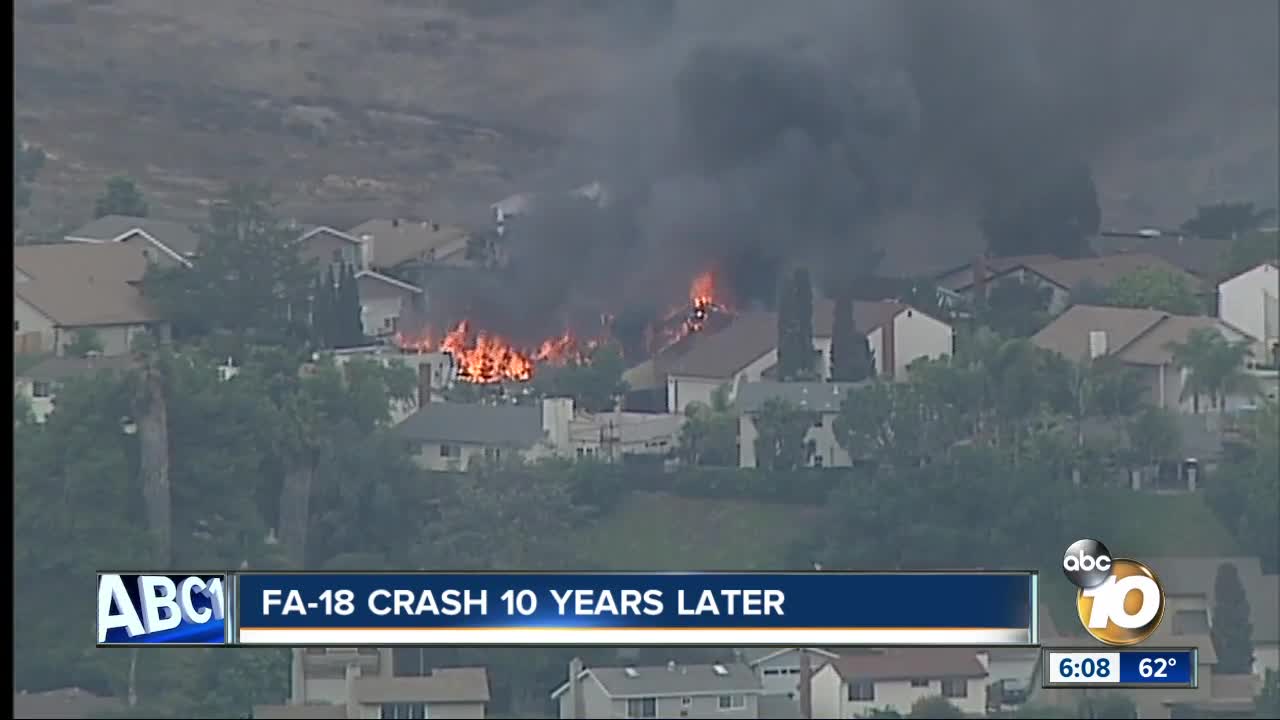 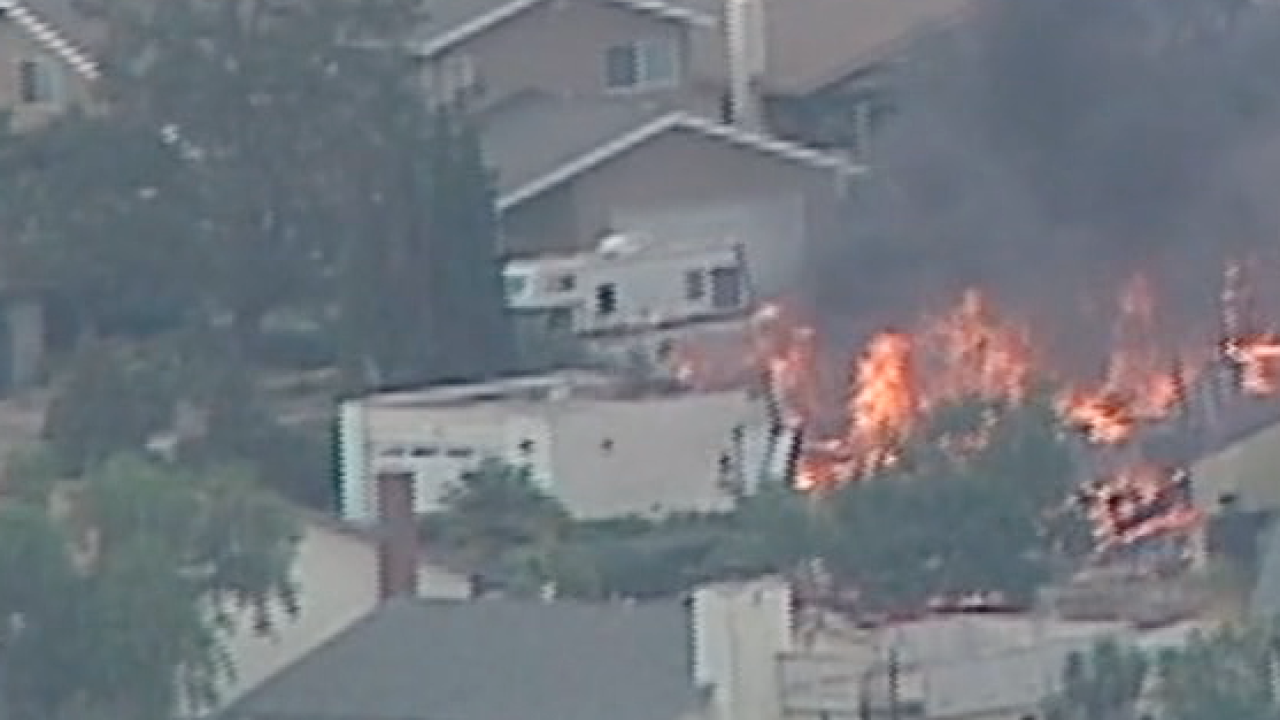 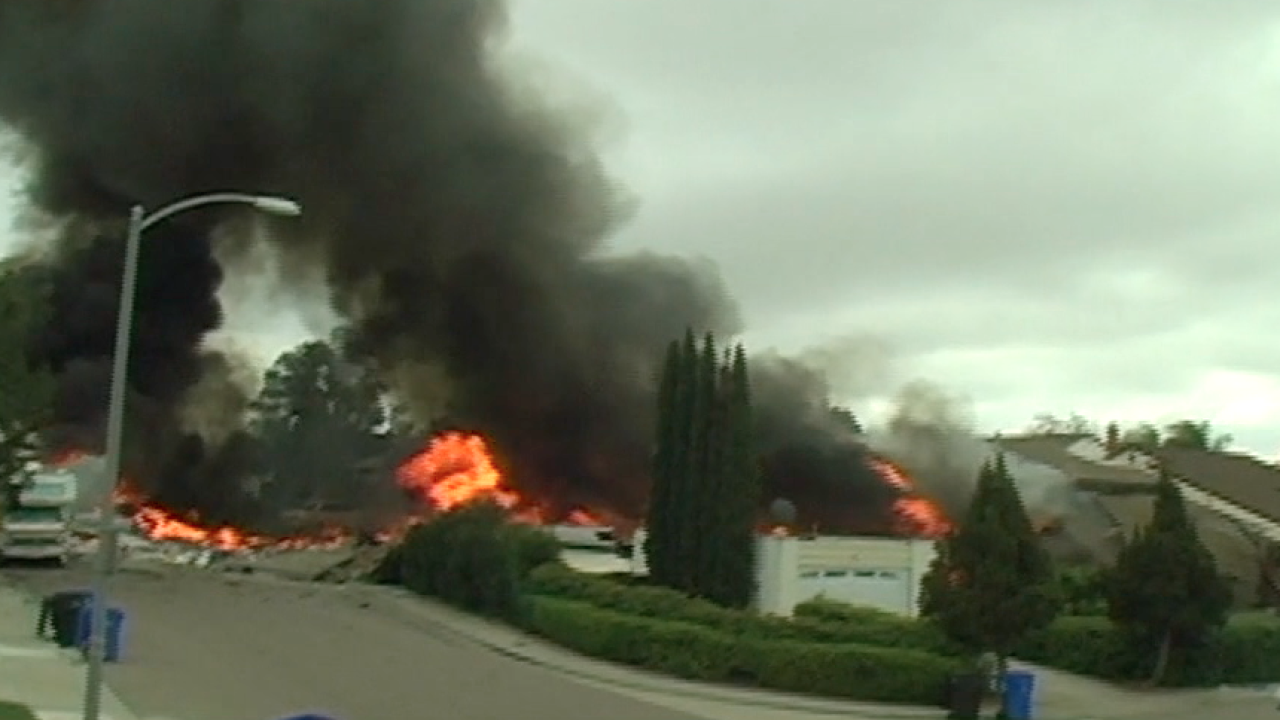 SAN DIEGO (KGTV) - Saturday, Dec. 8 will be the tenth year since a tragedy in the heart of University City.

Rebecca Cosford was in her home and heard two loud noises. The first was the pilot blowing out the plane’s canopy and ejecting. The second sound was the crash.

“One was popping, then a massive explosion that shook the whole house,” Cosford remembers.

Cosford and her husband ran outside to see a “large column of smoke”.

Teresa Rizzo not only heard it: she felt it. Someone yelled at her to stay back and told her a plane had crashed.

"I just thought, 'That was an airplane?’ That was an actual airplane that fell out of the sky and exploded around the corner from my house?"

Marine pilot Dan Neubauer’s parachute landed a block west of the crash site after he ejected. He had been trying to reach MCAS Miramar on one engine, but his second engine failed. The FA-18 dropped like a stone.

The four lives lost on the ground were Dong Yoon’s family.

"I believe my wife and two babies and my mother-in-law are in heaven with God," Yoon said after the crash.

Neighbors had tried to help when disaster struck. Alain Blanc had a cell phone in one hand, 911 on the line. His other hand was holding a hose as firefighters arrived.

"There are moments we don't have time to be scared, you react! I heard this incredible bang, the earth shook, and I was outside. How I got there, don't ask me," said Blanc.

Today, two new homes stand where the other two were destroyed. One thing is the same: the sound of roaring jets.

"Not that far but when they're close, when it's the same elements as it was that day: overcast, the middle of the day, cool temperatures and a plane flies
really close by, my heart still races."

Many neighbors told 10News they plan to attend a memorial which will be held Saturday morning at 11:30 a.m. at University Village Park.