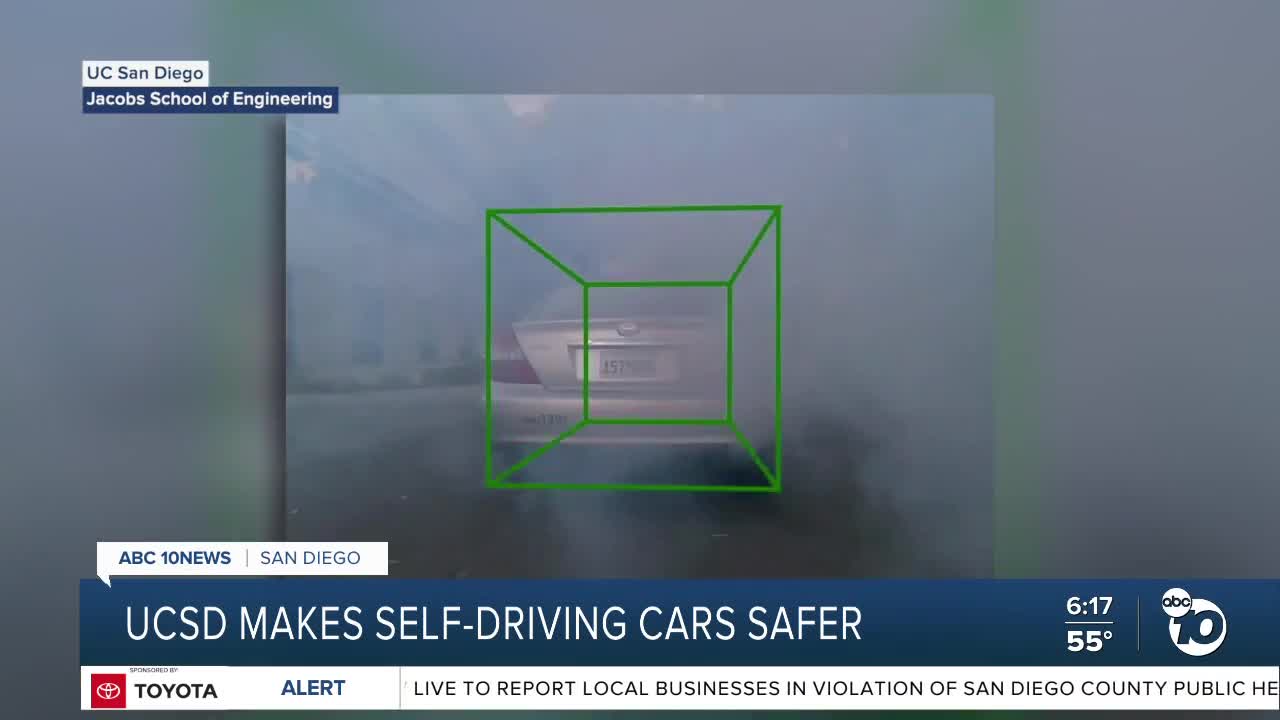 Researchers from UC San Diego have found a way to improve radar technology on self-driving cars so it can see through rain and fog.

"Our vision is to make self-driving cars much more safer than how we humans drive," says Dinesh Bharadia, an Assistant Professor of Electrical and Computer Engineering at UC San Diego.

Currently, he says, self-driving cars rely on LiDAR, a light-based radar system. But it's performance is limited because it uses a low frequency that reflects in bad weather.

Bharadia says his team tested wireless radar, which has a higher frequency wavelength and found it can rain and fog.

However, the wireless radar's sight range is limited. So Bharadia's team built a system where five wireless radars work together to create a more full "view" of the road.

"From each radar's vantage point, you see something different," says Bharadia. "Those different things, observed from five different radars, gives you much more detailed aspect ratio of another car (on the road)."

Bharadia says the combination of all five radars helps create a 3-D image of other objects on the road. That helps the car's self-driving system figure out how to avoid them.

"You need to know the exact aspect ratio of the other cars on the road," he says. "Only then can you drive around them if you need to."

Bharadia says carmakers like Toyota and Honda have been helping with the research and development. He thinks this new technology could be on the road within 2-3 years.

"Radars are already out there," he says. "We just need to plug in our software to make the cars more autonomous...

"It's a simple technology that can be widely deployed and used to make our roads safer for everyone."

Bharadia and his team will present their findings at the Sensys Conference this week. For more information about the technology, see the full news release here.