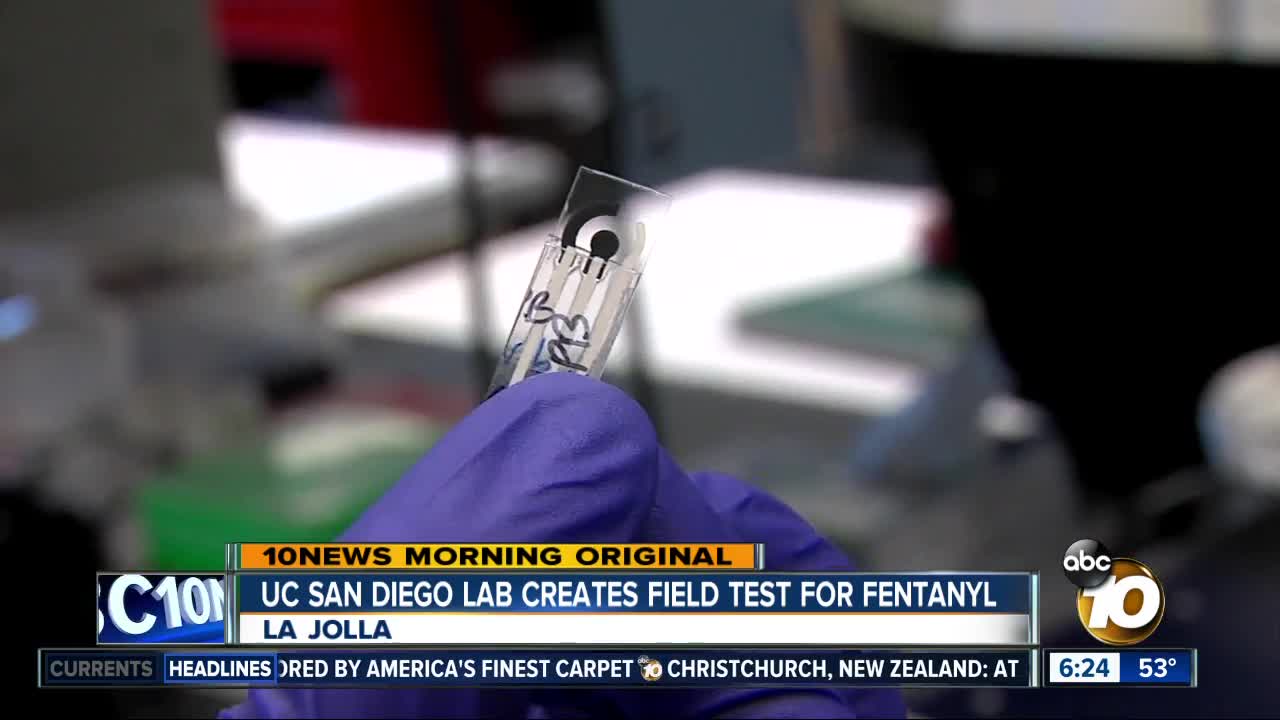 Researchers at UC San Diego's Center for Wearable Sensors created a way to test for Fentanyl that's just as easy as diabetic testing for blood sugar. You simply swipe and insert a strip into a reader. They say it's cheaper and faster than current testing methods. 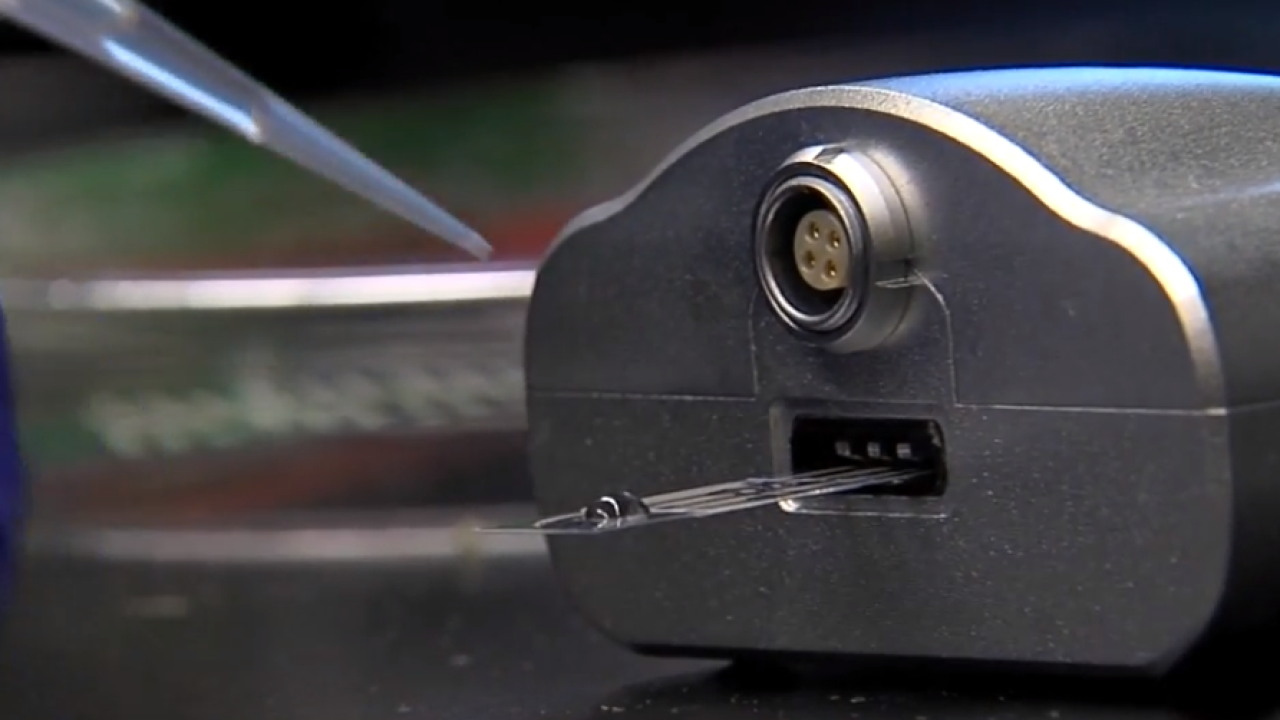 LA JOLLA, Calif. (KGTV) - Researchers at UC San Diego have developed a new way to field test for Fentanyl, a dangerous opioid that is deadly even in trace amounts.

Similar to diabetes testing strips that measure glucose levels, the scientists at the Center for Wearable Sensors created a testing strip that can detect Fentanyl.

"You simply swipe the surface and collect the sample and analyze it in one or two minutes, on the spot," says Joseph Wang, the Center's Director.

The strip uses electrochemical carbon and silver electrodes. The meter runs currents from the electrodes through the sample. Based on how the material reacts, it can tell if Fentanyl is present, down to a nanogram level.

They recently published their success in an article in the Chemical and Engineering News.

The practical applications of the testing strips are wide-ranging, says Wang. He believes that law enforcement, first responders, border patrol agents and post office workers would use this new technology to test any unknown substance.

Recently, law enforcement agencies have been looking for ways to field-test for Fentanyl, since any contact with the drug can lead to an overdose or even death.

The San Diego Sheriff's Department bought 15 TruNarc devices this past fall. Those scan materials and tell what kind of drugs are present. But they cost nearly $30,000 each.

Wang says his lab's testing strips can be made for pennies, and the meters needed to analyze the sample could cost less than $50.

Addiction advocates also believe this could save lives among drug users, by giving them an easy, cheap way to test the drugs they take and make sure they're not laced with Fentanyl. Wang says his test is simpler to use than current testing strips.

RELATED: Drug users can now test if Fentanyl is in the drugs they are using before injection

"This could save lives," says Wang.