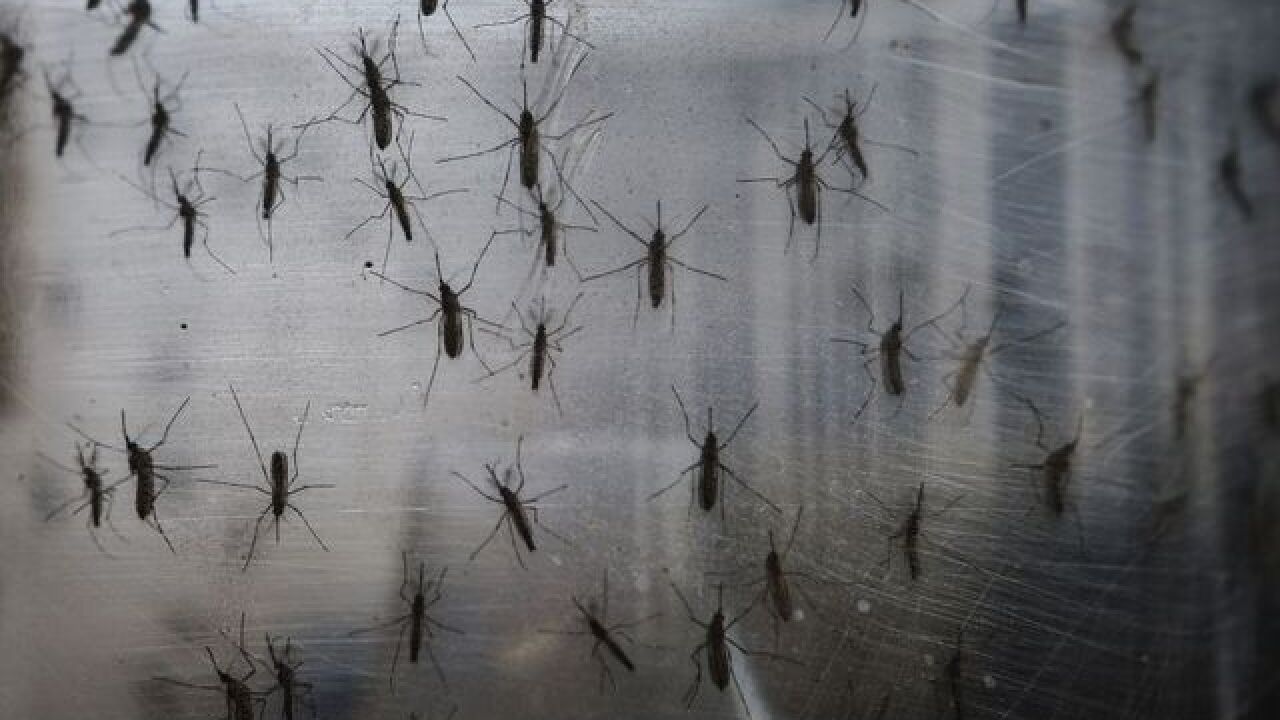 SAN DIEGO (CNS) - An international team of scientists, led by biologists at the University of California San Diego, has synthetically engineered mosquitoes that halt the transmission of the dengue virus, the university announced Thursday.

Scientists at UC San Diego Associate Professor Omar Akbari's lab worked with Vanderbilt University Medical Center to identify a human antibody for dengue suppression. The broad-spectrum antibody stops the transmission of all four known types of the fever, compared to previous experiments, which have been able to limit single strains.

The team then designed the antibody "cargo" to be synthetically expressed in the dengue-spreading Aedes aegypti mosquitoes.

"Once the female mosquito takes in blood, the antibody is activated and expressed -- that's the trigger," Akbari said. "The antibody is able to hinder the replication of the virus and prevent its dissemination throughout the mosquito, which then prevents its transmission to humans. It's a powerful approach."

Akbari works in the Division of Biological Sciences and is a member of the Tata Institute for Genetics and Society.

These lab-engineers mosquitoes could be paired with a dissemination system, making it capable of spreading the antibody throughout wild disease- transmitting mosquitoes, Akbari said.

Dengue fever is a virus that poses a severe risk to children and older adults in tropical regions in Asia and Latin America. There are an estimated 390 million infections every year, around 500,000 of which lead to Severe Dengue, and 25,000 people die of the disease every year.

The Pan American Health Organization recently reported the highest number of dengue cases ever recorded in the Americas. Infecting those with compromised immune systems, dengue victims suffer flu-like symptoms, including severe fevers and rashes. Serious cases can include life-threatening bleeding. No specific treatment exists and thus, prevention and control depend on measures that stop the spread of the virus.

This development could go a long way toward limiting the disease's transmission.

"It is fascinating that we now can transfer genes from the human immune system to confer immunity to mosquitoes," said coauthor of the paper, Dr. James Crowe, Jr., director of the Vanderbilt Vaccine Center at Vanderbilt University Medical Center in Nashville, Tenn. "This work opens up a whole new field of biotechnology possibilities to interrupt mosquito-borne diseases of man."

Akbari's lab is now in the early stages of testing methods to simultaneously neutralize mosquitoes against dengue and a suite of other viruses such as Zika, yellow fever and chikungunya.