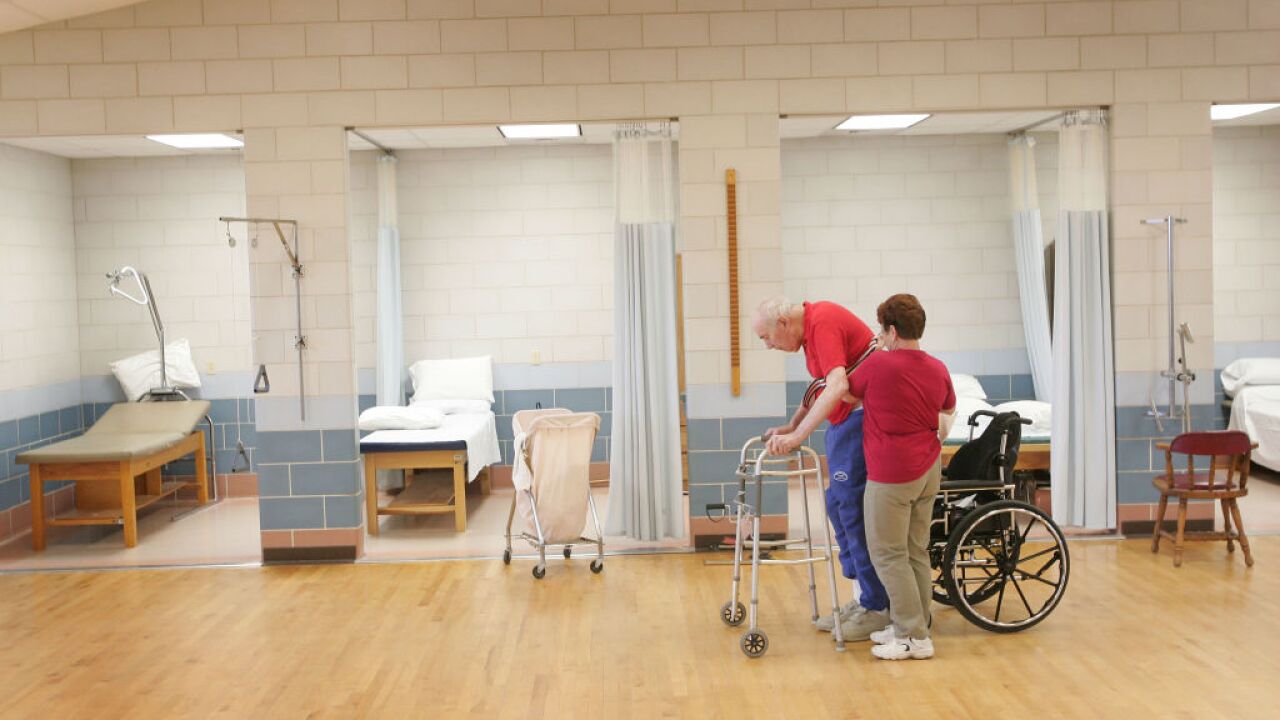 Copyright 2020 by Getty Images
Scott Olson/Getty Images
QUINCY, IL - FEBRUARY 17: Shirley Gooding, a physical Therapy Aid, helps William Rexroat, a WWII Navy veteran exercise during a physical therapy session at the Quincy Veterans Home February 17, 2005 in Quincy, Illinois. The home, with its 683 beds, is the largest and oldest of four veteran's nursing homes in Illinois. The federal budget, as currently proposed by the Bush Administration, seeks to reduce the number of residents nationwide in these facilities from 38,000 to 33,000. (Photo by Scott Olson/Getty Images)

SAN DIEGO (CNS) - Researchers at the UC San Diego School of Medicine released a study Friday looking into loneliness in elderly adults, and found it can be overcome in a variety of ways.

The researchers noticed what appeared to be an epidemic of loneliness among adults in senior living or retirement communities, and sought to identify why. According to the study, 85% of the interviewed residents reported moderate to severe levels of loneliness.

Dr. Dilip V. Jeste, senior author of the study and senior associate dean for the Center of Healthy Aging and professor of psychiatry and neurosciences at UC San Diego School of Medicine, said loneliness can be deadly.

``Loneliness rivals smoking and obesity in its impact on shortening longevity,'' Jeste said. ``It is a growing public health concern, and it's important that we identify the underlying causes of loneliness from the seniors' own perspectives so we can help resolve it and improve the overall health, well-being and longevity of our aging population.''

He said several personal and environmental factors impacted the study subjects, all 100 of whom lived in an independent housing section of senior- living centers in San Diego.

``Loneliness is subjective,'' Jeste said. ``Different people feel lonely for different reasons despite having opportunities and resources for socialization. This is not a one-size-fits-all topic.''

One seemingly common factor for most older adults was loss. Losing spouses, siblings and friends can be difficult at any age, but as contacts from younger years dwindle, Jeste said he found that many residents found making new friends difficult and not as fulfilling as those with whom they grew up. Another common thread was loss of purpose.

``We heard powerful comments like, 'It's kind of gray and incarcerating,'' Jeste said. ``Others expressed a sense of 'not being attached, not having very much meaning and not feeling very hopeful' or 'being lost and not having control.'''

``One resident told us, 'I've accepted the aging process. I'm not afraid of it. I used to climb mountains. I want to keep moving, even if I have to crawl. I have to be realistic about getting older, but I consider and accept life as a transition,''' Jeste said. ``Another resident responded, 'I may feel alone, but that doesn't mean I'm lonely. I'm proud I can live by myself.'''

According to the National Center for Health Statistics, by 2029, more than 20% of the U.S. population will be over the age of 65. Jeste said the study would help develop strategies to deal with an aging population.