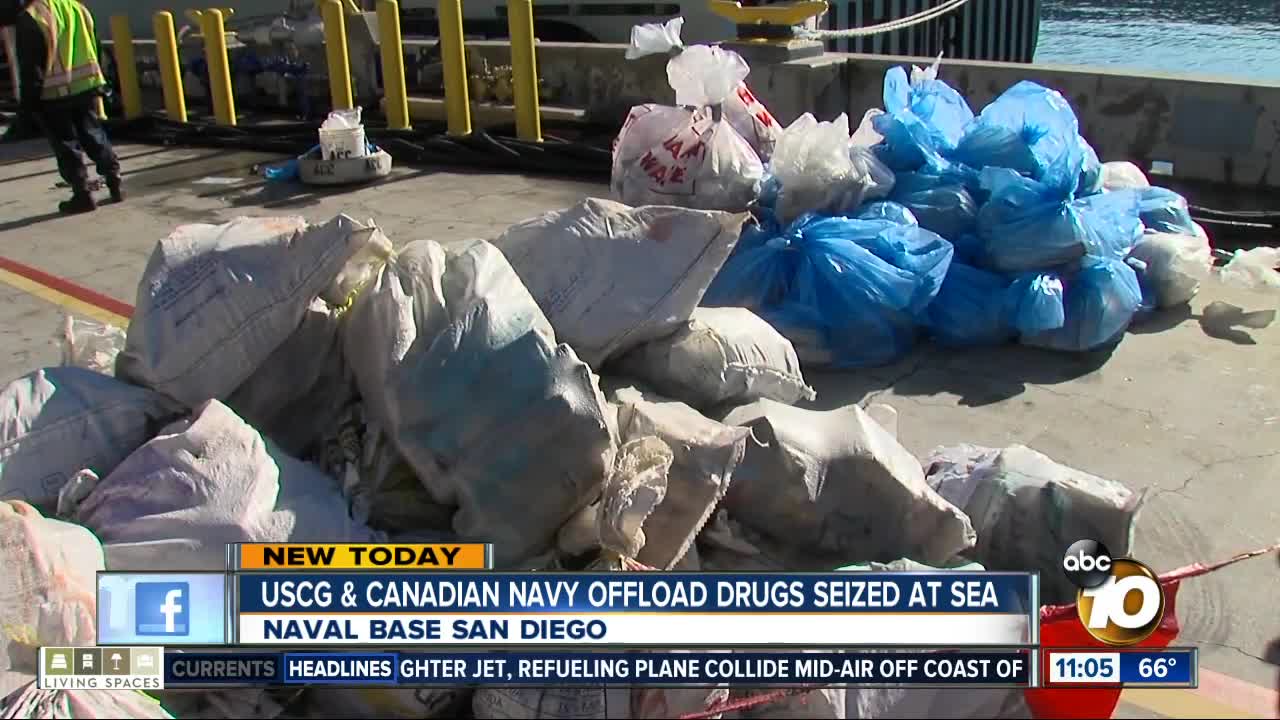 The cocaine was worth $70 million. 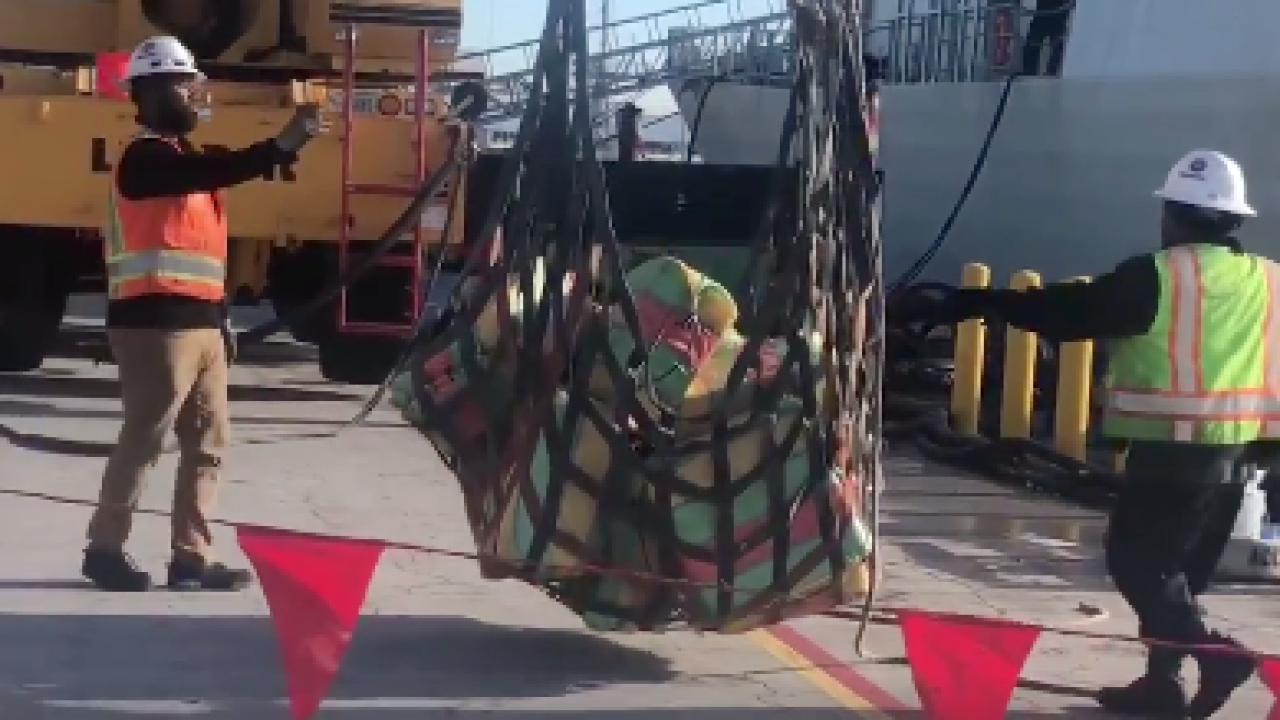 The drugs were brought off Her Majesty’s Canadian Ship (HMCS) Edmonton at Naval Base San Diego.

The crews aboard the HMCS Edmonton were able to capture vessels smuggling the drugs in the Eastern Pacific in 49 days, detaining eight suspected smugglers.

A U.S. Coast Guard law enforcement attachment was on board the Edmonton and the crews worked hand in hand as one team to make the drug busts.

Once the drugs are offloaded, they will be turned over to the DEA.