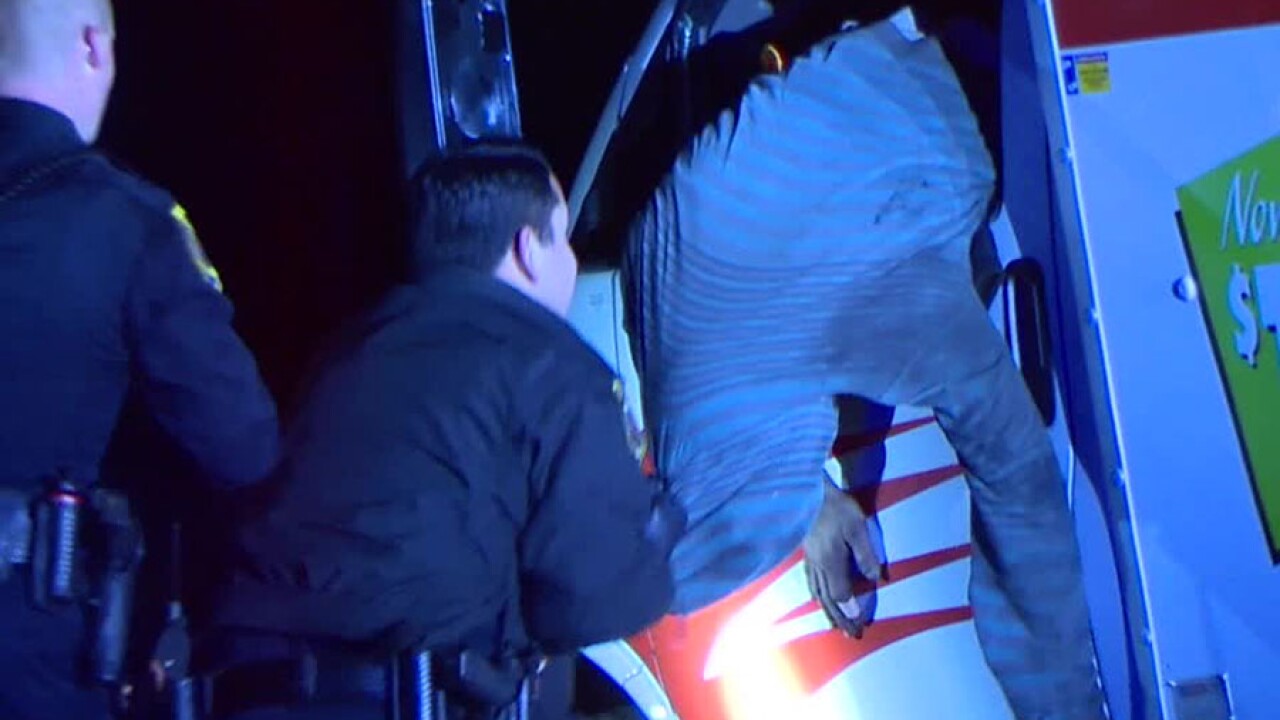 SAN DIEGO (KGTV) -- A bizarre chase involving a U-Haul truck began in La Mesa Wednesday morning and then evolved into a standoff in Tierrasanta that ended with police pulling the driver out of a shattered window.

At around 2:30 a.m., La Mesa police were called to Comanche Drive in response to reports of a suspicious U-Haul moving truck with a boat in tow.

When officers approached the truck, the driver suddenly sped away, prompting police to pursue it.

Reaching speeds of up to 85 MPH, the U-Haul -- with boat still attached -- made its way down Fletcher Parkway into El Cajon and then back to La Mesa before entering westbound Interstate 8.

After transitioning to northbound Interstate 15, the truck exited on Clairemont Mesa Boulevard but then crashed into several ice plants off the roadway.

With the vehicle stranded in the plants, the driver refused officers’ orders to exit the truck. Officers also fired at the driver’s side window with non-lethal rounds.

After over 30 minutes, officers approached the truck, subdued the driver through the shattered window and pulled him out.

The driver was arrested and taken to the hospital to be evaluated.

10News learned the driver told authorities that he was sleeping in the truck and initially sped away from officers because they startled him.