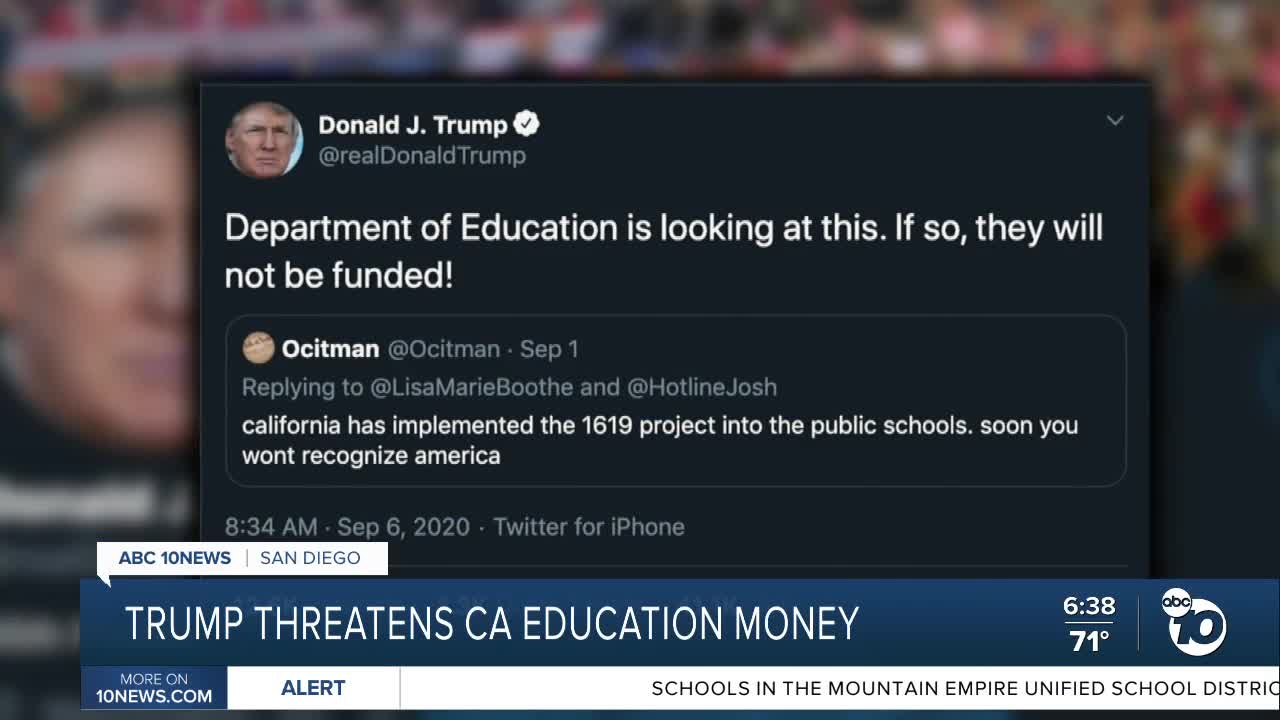 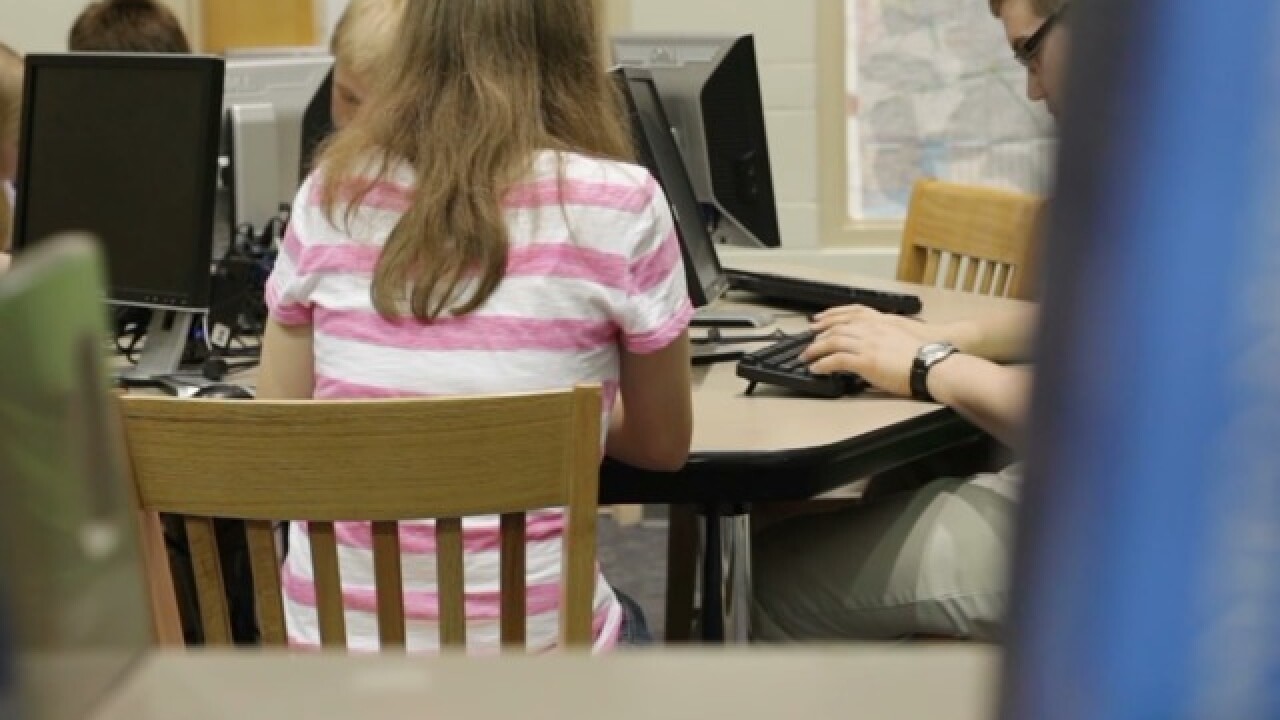 (KGTV) -- President Trump is threatening to take education money away from California schools.

Trump said Sunday that the Department of Education was investigating allegations that California schools incorporate a curriculum based on the controversial New York Times 1619 Project.

Trump warned that institutions that teach this alternative narrative of American history could lose federal funding.

The Times' 1619 project won a Pulitzer Prize for commentary, and the Pulitzer Center has since developed a package that allows schools to teach the project’s lessons.

California State Superintendent of Public Instruction Tony Thurmond released a statement in response to the president's threat to withhold funding, calling it a threat to divide the country:

"President Trump’s latest announcement is a petty and disgraceful threat designed to distract and further divide our country at a time when we need true leadership that can unite us. California’s educators should feel empowered to lead courageous conversations with their students about the history of race and racism in our country—not worry if their school will lose funding.

At the California Department of Education, we will continue to encourage school districts to talk about racism and unconscious bias in all forms. That includes building training programs to help our 10,000 schools address the impacts of implicit bias and race in our schools. We are also developing a first-in-the-nation statewide ethnic studies model curriculum that all of our school districts can use as a guide for classroom instruction that will shine a long-overdue light on the contributions of people of color.

This is the kind of work our president is sadly trying to derail, yet is so critical to moving forward and healing from racial injustice. It’s time for the president to stop stoking racial divisions for political gain.”

Arkansas Sen. Tom Cotton, a Republican, has introduced legislation that would prevent schools from teaching the curriculum.

The legislation titled the Saving American History Act of 2020 would prohibit the use of federal funds to teach the 1619 Project by K-12 schools or school districts.

Schools that teach the 1619 Project would also be ineligible for federal professional-development grants.

The legislation appears unlikely to gain any significant traction in the Senate but stands as a way for Cotton to send a message.