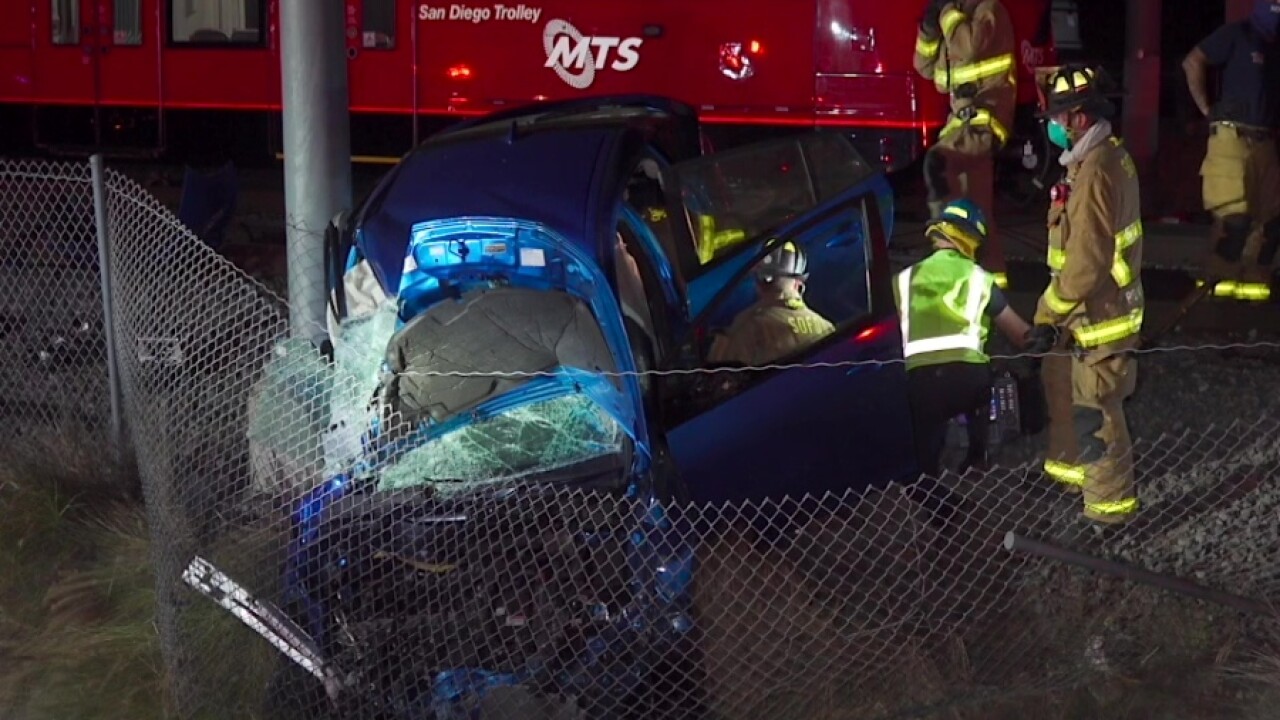 SAN DIEGO (CNS) - A motorist was killed when his car was struck by a trolley after he drove past a trolley crossing gate in the Valencia Park area, police said Tuesday.

A 22-year-old man was driving a Toyota Prius southbound on 60th Street toward Imperial Avenue when he drove past trolley crossing arms and was struck by an eastbound trolley, Buttle said. The impact pushed the vehicle about 100 feet down the tracks.

The victim, the only occupant of the Toyota, was pronounced dead at the scene, the officer said. The man's name was withheld pending family notification.