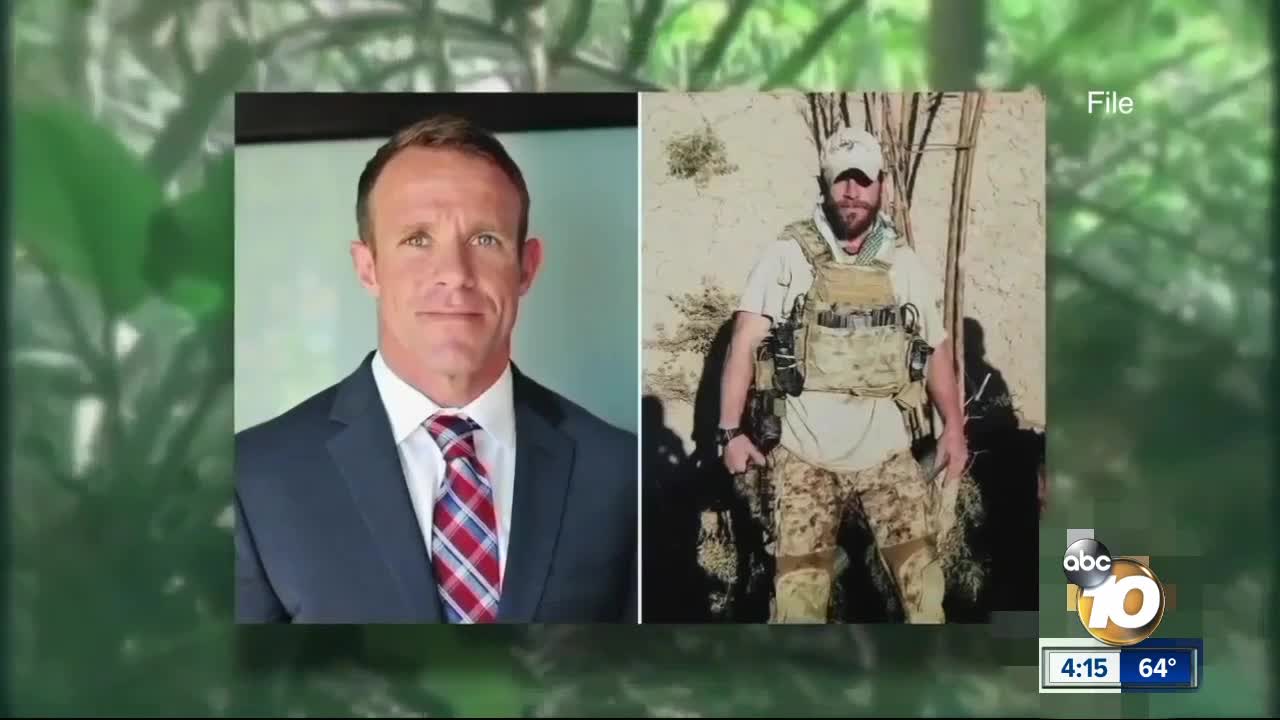 Edward Gallagher is accused of murder. 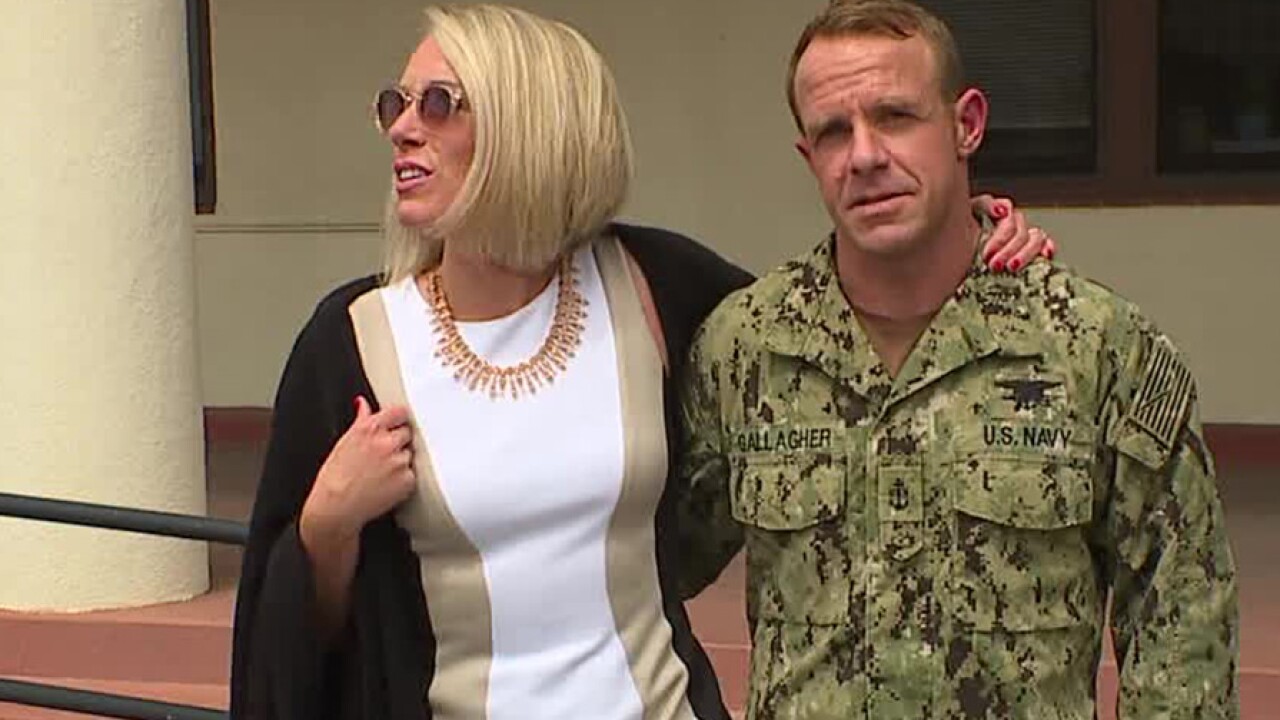 SAN DIEGO (AP) — Combat veterans from the Navy and Marines were among possible jurors Monday in the trial of a decorated Navy SEAL charged with killing an Islamic State prisoner in his care in Iraq.

All but one of the potential jurors in the court-martial of Special Operations Chief Edward Gallagher had served in a combat zone and all but two were veterans of conflicts in Afghanistan and Iraq.

The trial of Gallagher follows months of turmoil in one of the Navy's most prominent war crimes cases.

The lead prosecutor was removed from the case earlier this month for tracking the defense team's emails and President Donald Trump has suggested he may pardon Gallagher.

Gallagher has pleaded not guilty to premeditated murder in the killing of the prisoner in his care and attempted murder in the shootings of two civilians in Iraq in 2017. Gallagher says disgruntled platoon mates fabricated the allegations because they didn't like his tough leadership.

The seven Marines and five sailors were seated in the jury box, given copies of the charges and asked a series of questions about the case.

Each said they thought it possible that Navy SEALs could lie and that they could turn in a comrade on false allegations.

They also said they could convict someone in the killing of a member of the Islamic State and in the case where no body was recovered. The prisoner's corpse was never found.

If Gallagher is convicted, the panelists said they would consider post-traumatic stress disorder and traumatic brain injury at sentencing, if relevant, along with his military record.

Five said they had personally faced the enemy and five had experience with detainees. Eight had lost friends or shipmates in combat.

Defense lawyers unsuccessfully sought to have a Navy judge dismiss the case because they say investigators and prosecutors withheld evidence that could help Gallagher and violated his rights to a fair trial by embedding tracking software in emails sent to them.

The judge, Capt. Aaron Rugh, refused to dismiss the case, but took steps to make sure Gallagher gets a fair trial and remedy violations of his constitutional right against illegal searches and the right to counsel.

Rugh released Gallagher from custody, removed the lead prosecutor and reduced the maximum penalty he faces if convicted to life imprisonment with parole — instead of no chance of parole.

Evidence at hearings last month showed an intelligence specialist from Naval Criminal Investigative Service conducted criminal background checks on three of Gallagher's civilian lawyers and a Navy Times journalist who has broken several stories based on documents that are only to be shared among lawyers in the case.

Prosecutors downplayed the effort to find the source of news leaks, saying it only gathered data, such as internet protocol addresses, and did not snoop on the content of emails. The government said the investigation did not find who leaked the documents.

Gallagher's family maintains he cannot get a fair trial.

"The court's ruling, recognizing a direct violation of Chief Gallagher's constitutional rights but not dismissing the case, sends a chilling message to every man and woman in uniform," his family said in a statement.

The prosecution also tracked emails of the lawyers of Gallagher's commanding officer, Lt. Jacob Portier, who faces charges of conduct unbecoming an officer after being accused of conducting Gallagher's re-enlistment ceremony next to the Islamic State militant's corpse.

The defense discovered the tracking code hidden in a suspicious logo of an American flag with a bald eagle perched on the scales of justice beneath the signature of lead prosecutor Cmdr. Christopher Czaplak.

Rugh removed Czaplak from the case because he said the potential for an investigation into his actions could present a conflict. He said it was not within his power to determine whether Czaplak engaged in misconduct.

The judge said the effort also harmed the public's perception of the military justice system, which has been criticized for being ineffective and has gained few war crime convictions.

Republicans in Congress have lobbied for Gallagher, claiming he's an innocent war hero being unfairly prosecuted. Trump, who intervened to move Gallagher to less restrictive confinement in March, said last month he is considering a pardon for several American military members accused of war crimes.