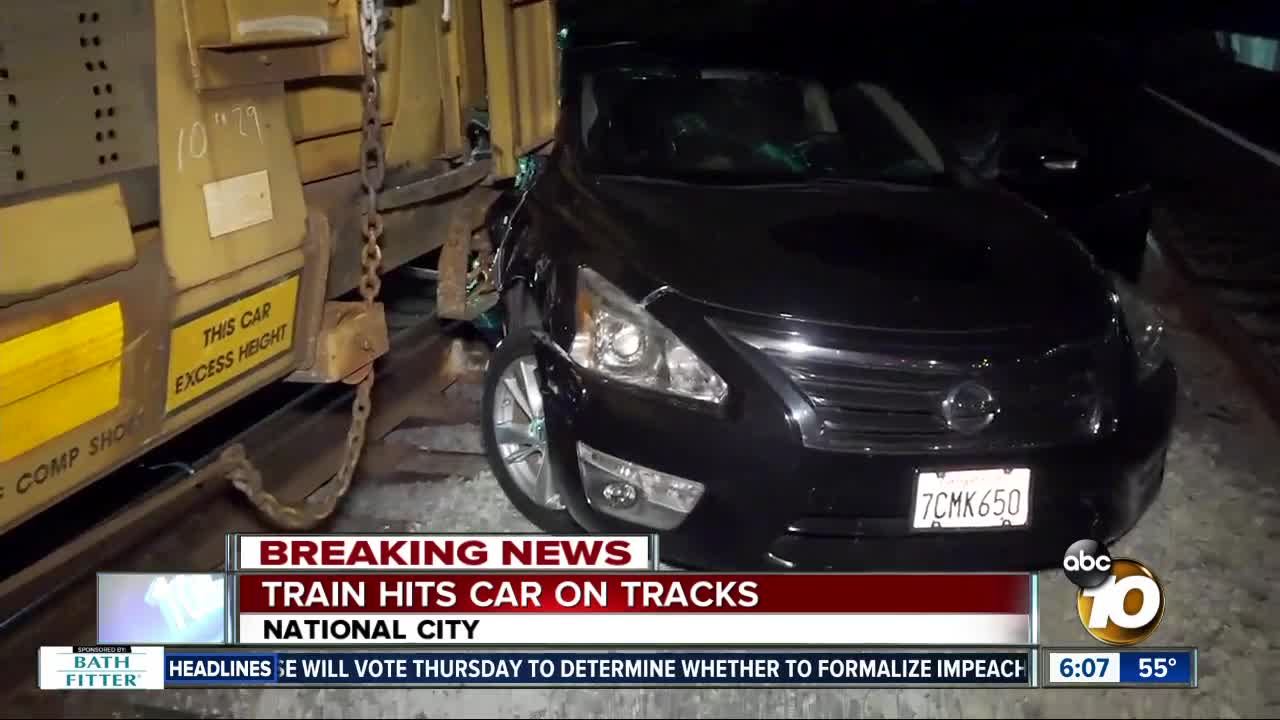 The crash backed up traffic in National City. 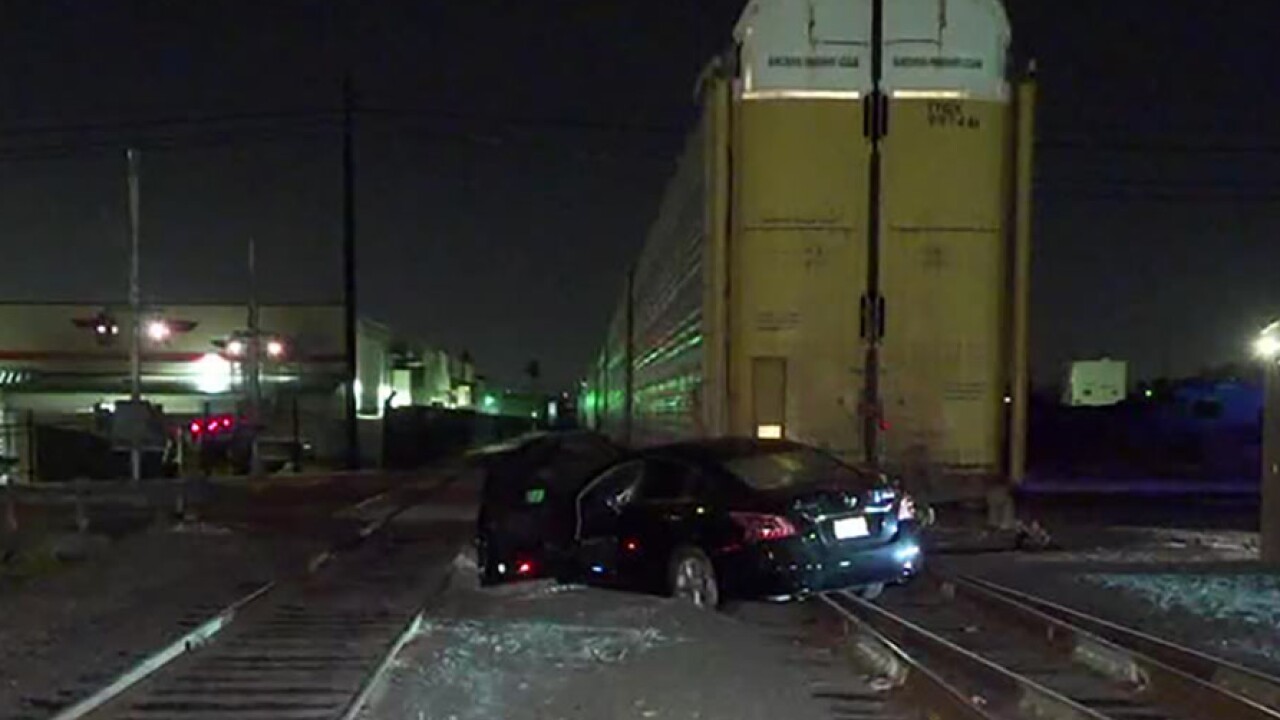 NATIONAL CITY, Calif. (KGTV) -- A crash involving a train and a car in National City Wednesday morning blocked traffic in the area.

National City police said the collision happened at around 4:45 a.m. on train tracks at 19th Street, near Cleveland Avenue.

10News learned a motorist was driving to work when his car became stuck behind the train crossing arms on 19th Street.

The driver tried to go around the arms, but his car was struck by an oncoming train. The impact pushed the car about 30 feet, with the train coming to a stop with the vehicle partially pinned under it.

10News learned the driver suffered some cuts and bruises, but he was not seriously injured.

A tow truck had to remove the damaged car from the tracks, causing the brief closure of 19th Street at Cleveland Avenue and Civic Center Drive at Tidelands Avenue.