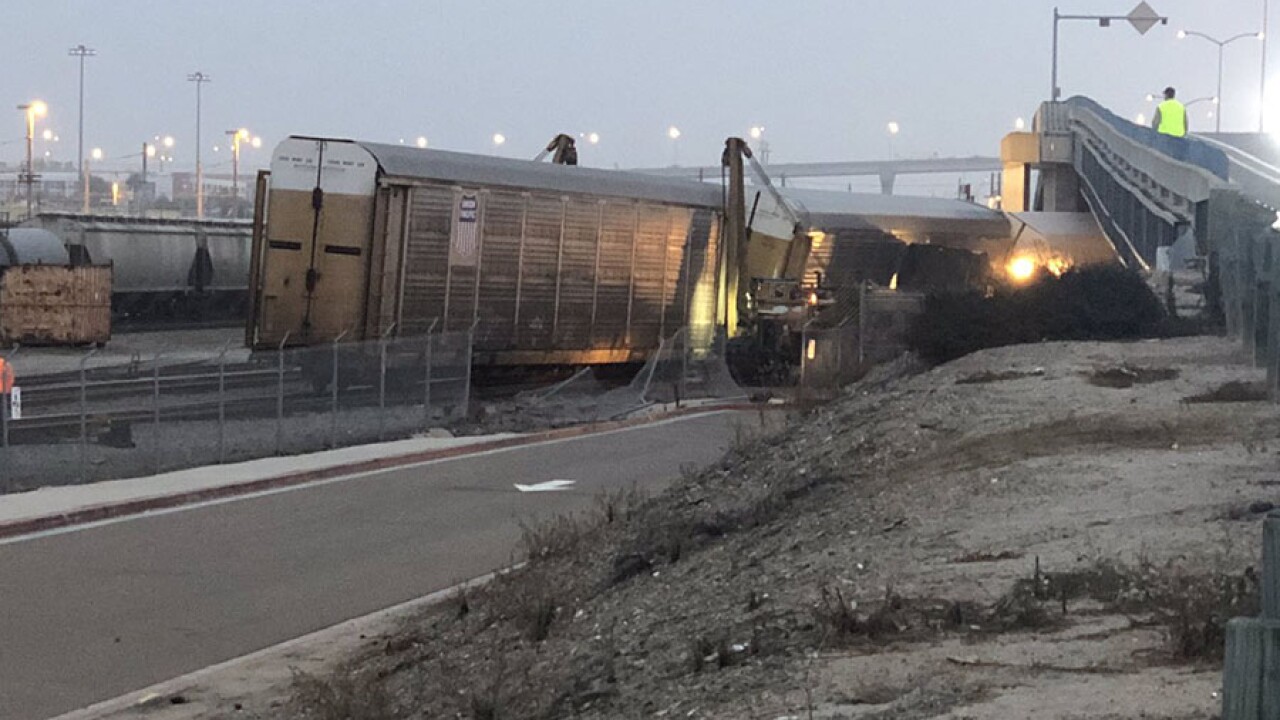 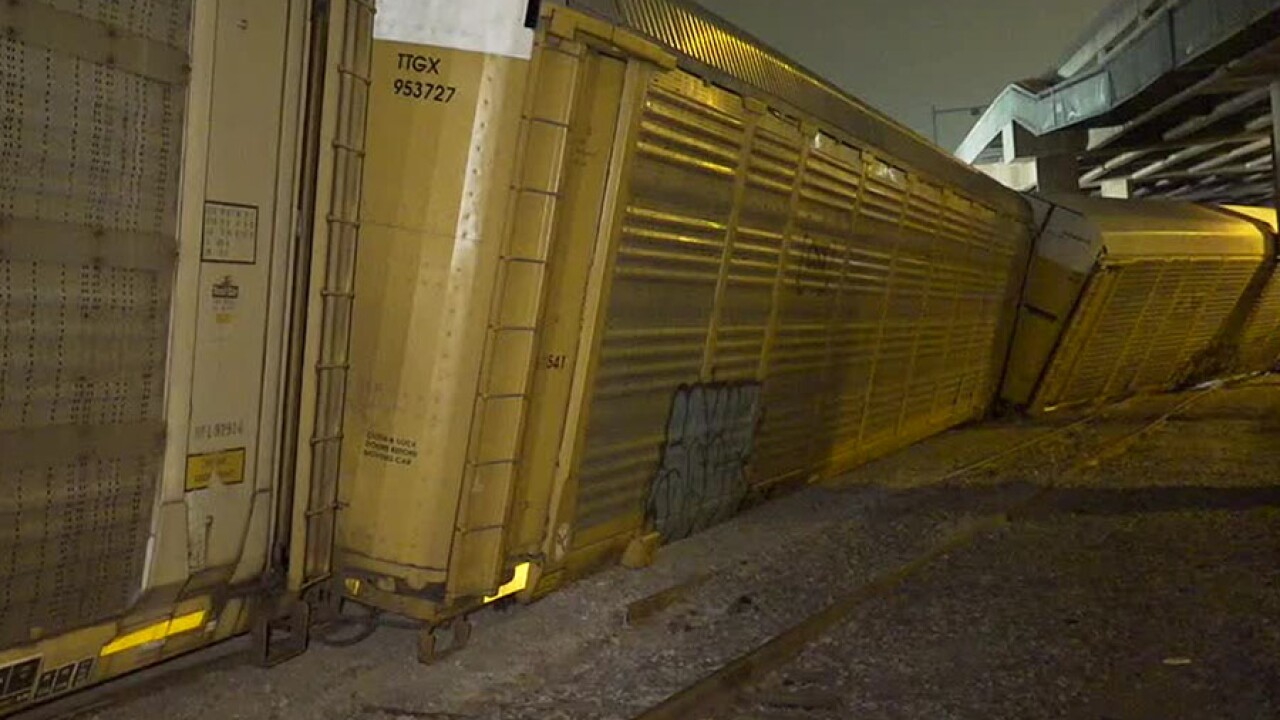 SAN DIEGO (KGTV) -- A freight train derailed for unknown reasons and struck a bridge pillar as it passed through the Barrio Logan area Thursday morning, but no injuries were immediately reported.

The incident occurred at around 2 a.m. on the tracks running near Harbor Drive, just south of the San Diego Convention Center, according to authorities.

Authorities said several of the BNSF train’s cars went off the tracks, but none of them appeared to have completely toppled over.

The train struck a pillar that supports an overpass on Harbor Drive that runs from downtown to Barrio Logan. 10News learned a structural engineer will assess the bridge to ensure it does not need emergency repairs.