Thousands of women to march, participate in other pre-election actions Saturday 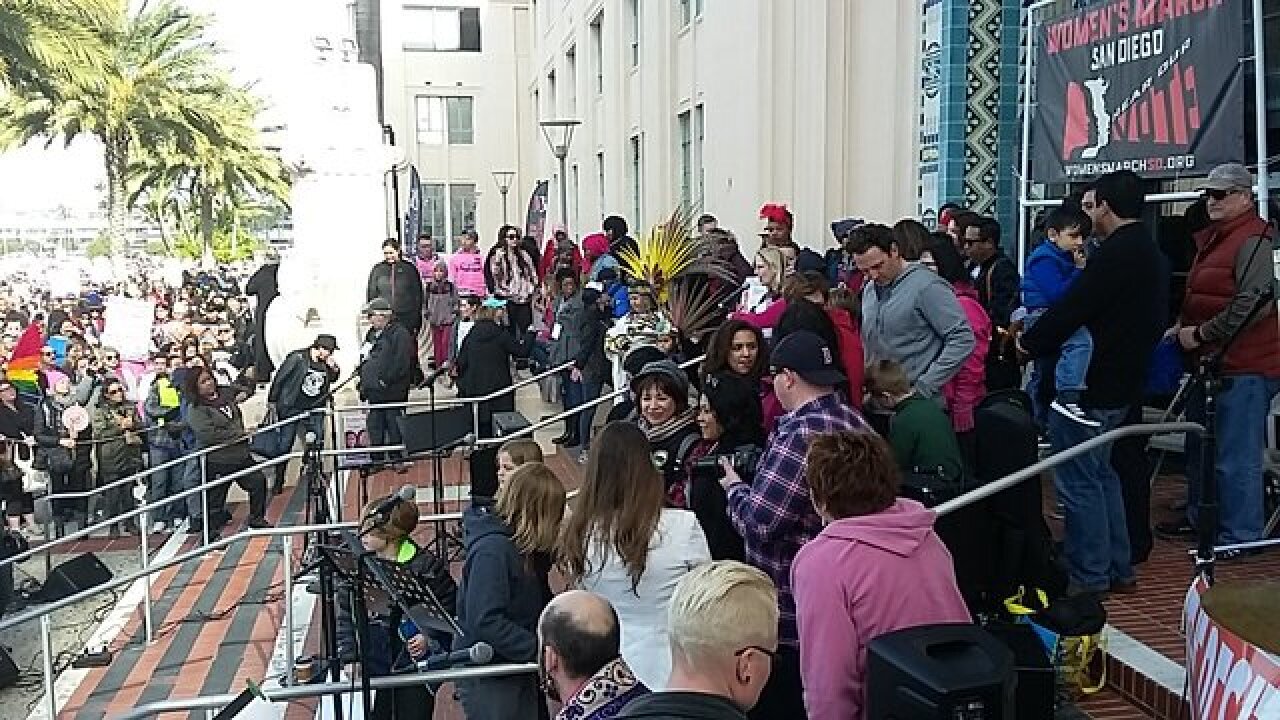 SAN DIEGO (CNS) - Thousands of women nationwide are expected to participate in a series pre-election demonstrations today, including one at San Diego's Balboa Park, focusing on women's reproductive issues, getting out the vote and protesting the Trump Administration's efforts to replace the late Supreme Court Justice Ruth Bader Ginsburg.

``There are over 400 being planned around the country and Pasadena is one of them,'' organizer Jenna Karvunidis, who is co-hosting a march outside Pasadena City Hall, told the Pasadena Now website. ``This march particularly has to do with not confirming the new Supreme Court justice until after the election.''

``It was Ginsburg's dying wish to not be replaced until after the election, and I think that we should honor that.''

Women's Marches have been held regularly since Jan. 21, 2017, the day after President Donald Trump was sworn into office, in one of the largest public demonstrations in U.S. history.

Today's gatherings are the second under the Women's March banner this year. The earlier marches were held Jan. 18 to commemorate the 2017 event, and renew support for women's rights.

``Women are going to decide this election,'' Rachel O'Leary Carmona, executive director of the Women's March, told the Washington Post. ``We are fired up. We are ready to take action. This is a preview of what you're going to see on November 3rd.''