'The Great Flood of 1916': Could history repeat itself at the Sweetwater Dam? 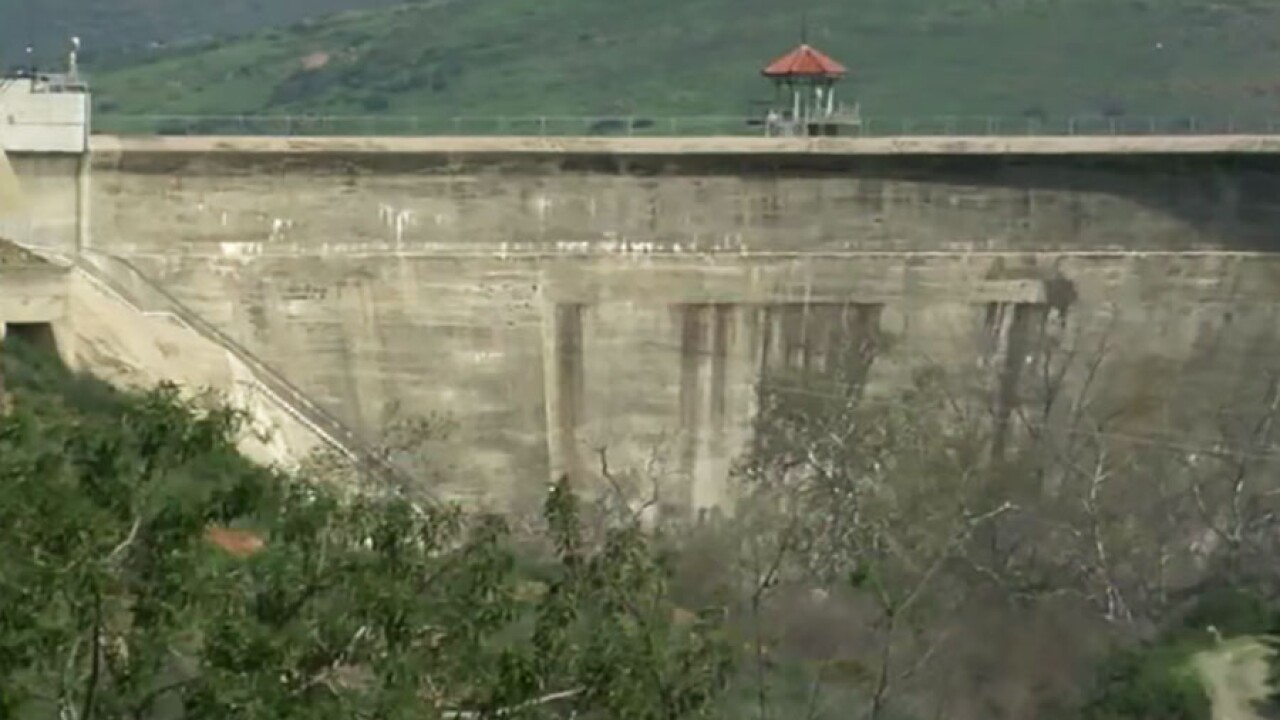 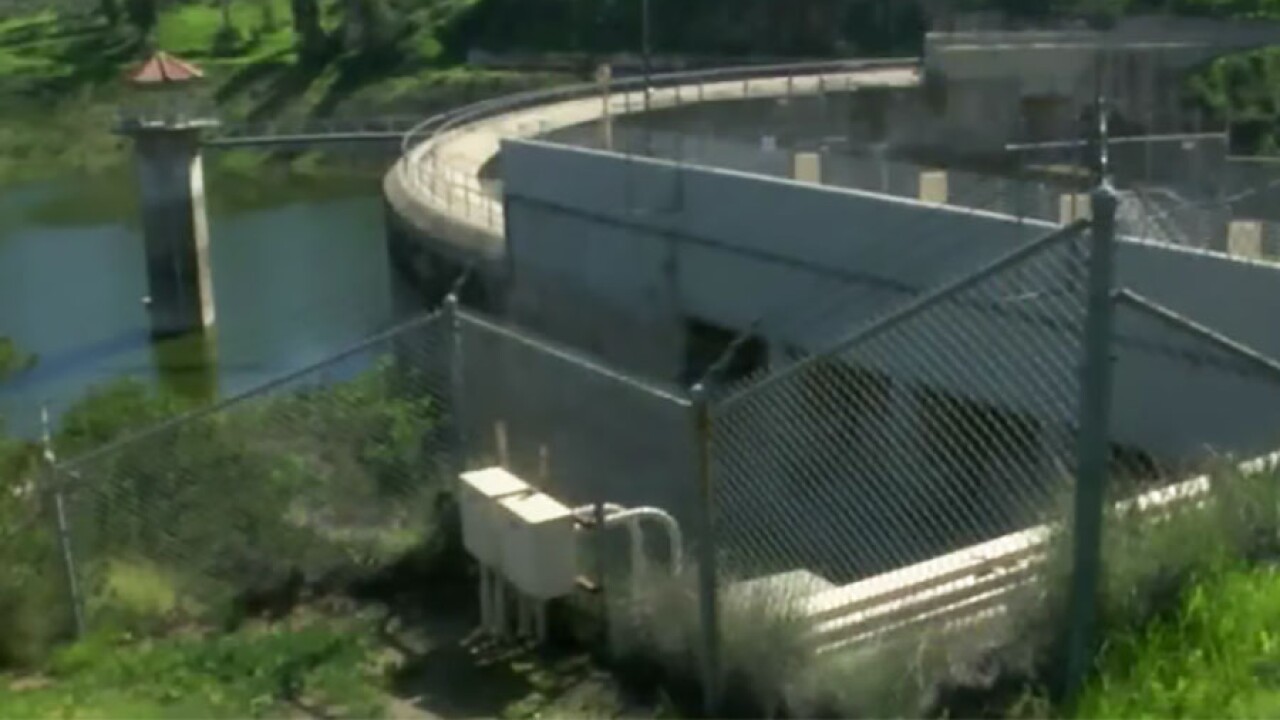 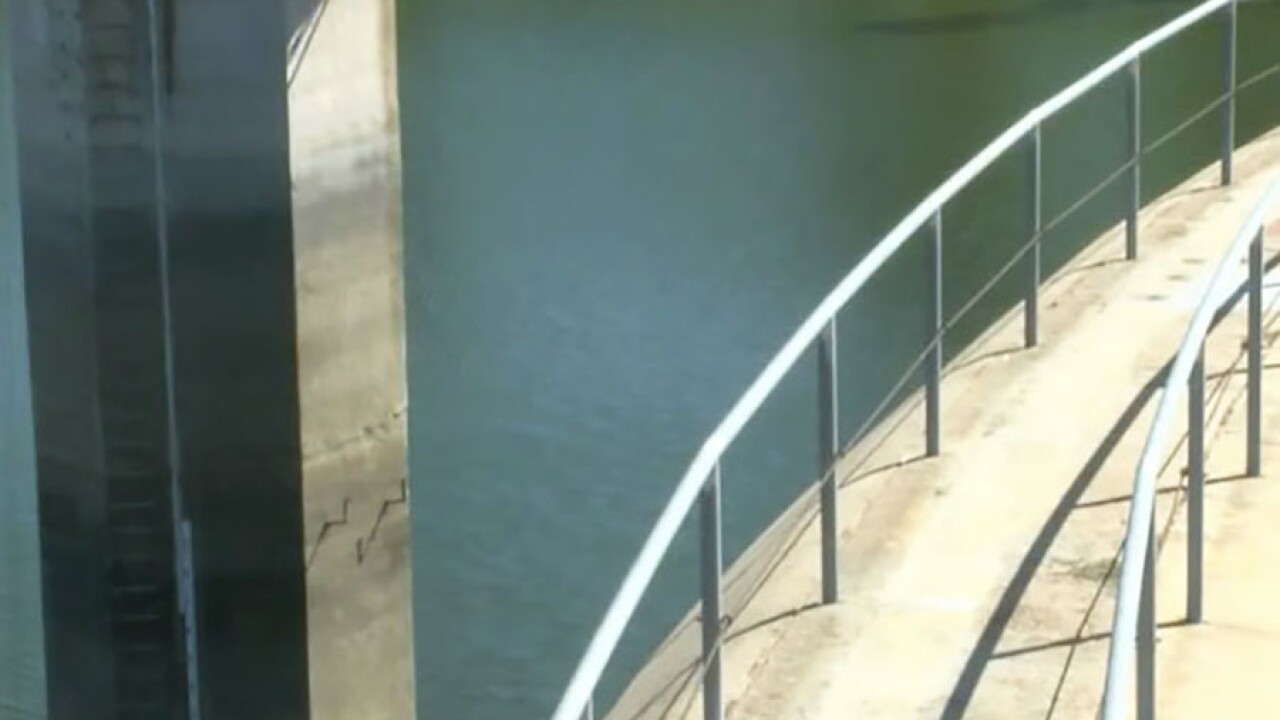 (KGTV) - The heavy rainfall of early 2019 has been a welcome sight for many in San Diego County hoping for an improvement in California’s drought conditions.

However, with that rainfall comes some concern about the structural integrity of county dams and the potential for catastrophic flooding on par with a devastating event that happened over 100 years ago in the South Bay.

For over 100 years, the Sweetwater Dam has kept water in the Sweetwater Reservoir away from the city of Bonita. It has held back the reservoir, which supplies water to homes and businesses in Bonita, Chula Vista and National City, since 1888.

When construction was finished, the Sweetwater Dam was 90 feet tall. It was then considered the tallest masonry arch dam in the U.S., according to the American Society of Civil Engineers.

Nearly 30 years after it was erected, the dam was tested, with devastating results.

In January 1916, heavy rainfall across the county led to an overflow at the Sweetwater Dam -- an event referred to by the South Bay Historical Society as “The Great Flood of 1916.”

The flooding killed eight people, and it sparked numerous changes to the dam, particulary to its size.

The concrete Sweetwater Dam now stands at 112 feet tall with a reservoir capacity of 28,079 acre-feet.

In 2016, an official with California’s Department of Water Resources’ Division of Safety of Dams (DSOD) told 10News that the Sweetwater Dam was unsafe and could potentially be a threat to anyone downstream. The official said the dam would not be able to withstand a flood similar to the 1916 flood.

The Sweetwater Authority, which oversees the dam, said at the time that it would begin the process of upgrading the structure by 2018.

In a response to this story and to clarify the official's statements made in the 2016 story, Sweetwater Authority officials said: “To clarify, the state official said the Sweetwater Dam could not safely accommodate a flood event that would result in the water level overtopping the existing parapet walls of Sweetwater Dam. A flood substantially larger than the 1916 flood would be required to overtop the existing dam because it was fortified and increased in height after the 1916 flood. The recurrence interval for a storm to cause overtopping of the existing parapet walls is approximately 5,500 years. In the fall of 2016, Sweetwater Authority’s Governing Board approved the reallocation of reserve funds to fully fund the improvements to Sweetwater Dam and the South Dike to accommodate the Probable Maximum Flood. The Probable Maximum Flood is a worst-case flood event that is approximately three times the flow rate experienced in the 1916 flood.”

Chris Orrock with the Department of Water Resources said the Sweetwater Dam was last evaluated by the state in 2018, with a report explaining their assessment released to the public on Sept. 1, 2018.

Sweetwater Authority officials said the last on-site DSOD inspection was conducted on May 15, 2018.

According to the state's 2018 evaluation, Sweetwater Dam is in “Fair” condition but was given a downstream hazard rating of “extremely high.”

A Fair rating is defined as “no existing dam safety deficiencies are recognized,” while the state says an extremely high downstream hazard rating means the dam is “expected to cause considerable loss of human life or would result in an inundation area with a population of 1,000 or more” if the reservoir was full and a full collapse or breach occurred.

Orrock said the Sweetwater Authority submitted an application to the state to make additional improvements to the facility. The Authority has conducted their own evaluation of the dam, but Orrock told 10News that the state asked them to reevaluate and provide more information.

The state, Orrock said, has been requesting reevaluations at dams throughout the state since the February 2017 Oroville Dam crisis.

According to Orrock, the state has been working with Sweetwater Authority to make sure that the work they do “is to the highest quality necessary, knowing what we know after recent events.”

The Sweetwater Authority confirmed that they are working with the DSOD “to perform all necessary inspections and maintenance and to design and construct improvements necessary to allow the Sweetwater Dam to accommodate a worst-case flood event.”

MANAGING WATER IN THE RESERVOIR

With rain seemingly falling at a record pace, the Sweetwater Authority said they conduct controlled water transfers to and from nearby reservoirs to manage any rain-related events. Officials said the measures allow for the Sweetwater Reservoir to maintain a safe water storage level that allows for no potential for overflow.

Authority officials said the Sweetwater Reservoir is "only about one-fourth full as a result of the multi-year drought." As of Feb. 20, 2019, there is only 7,270 acre-feet of water stored at the reservoir, which only accounts for just under 26 percent of the reservoir's total capacity, officials said.

Sweetwater Authority officials said the Sweetwater Dam "is designed so water can flow through its spillways when the water level exceeds the maximum storage capacity, without compromising structural integrity and safety."

Water overflowing from the dam's spillways "does not constitute a cause for concern," officials said.