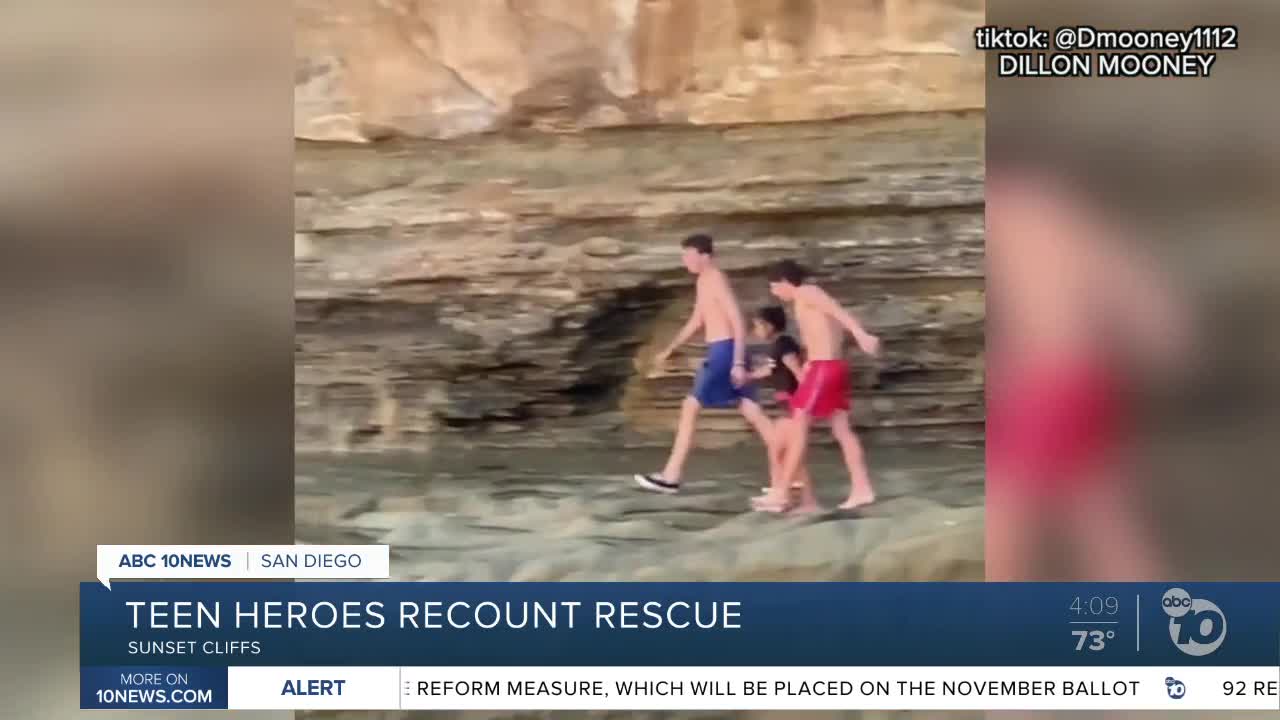 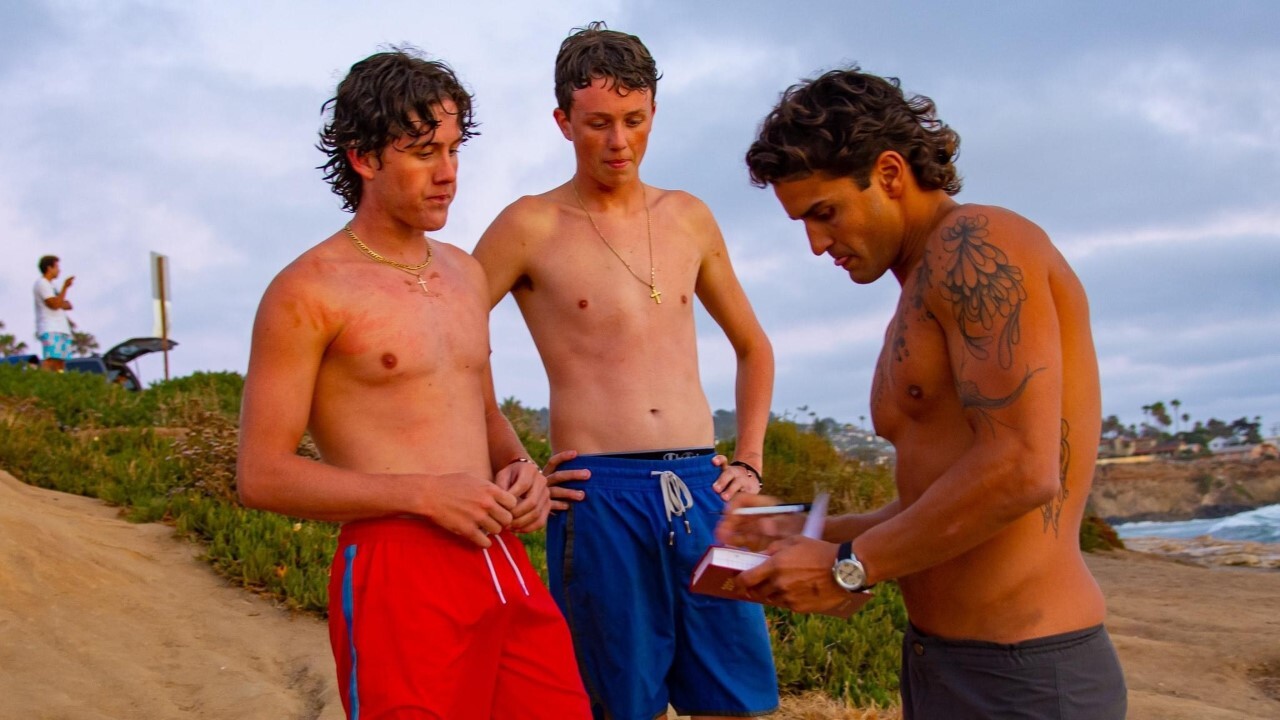 SAN DIEGO (KGTV) — Two teenage boys from Arizona were hailed as heroes after diving off Sunset Cliffs to save the lives of two people who were drowning on Friday evening.

It was a happy ending scene, captured by local photographer, Jim Grant on Friday evening as lifeguards hoisted up a young girl off Sunset Cliffs.

"It just could have been a tragic event," Grant said on Saturday.

He says the photo he took would have been a somber one if two teenage boys did not dive in to save the girls before lifeguards got there. But who were they?

RELATED: Two rescued at Sunset Cliffs after bystanders jump in to help

The two boys from Arizona were vacationing in San Diego for the July 4th weekend.

"We said, 'Alright, let's go explore around,' and we heard about this place called Sunset Cliffs," Watson said.

They say they were soaking in the beautiful sunset Friday evening. But when the boys looked down, they saw two ladies in trouble. A six-grade girl and a family friend were splashing around near the reef. Haugen, a licensed lifeguard for the City of Phoenix, knew exactly what was going on.

They say the girl was climbing on top of the young woman's head, just to breathe. Haugen first pulled the girl off the woman, but the high surf put his own life at risk.

"I looked up at Jake," Haugen said. "He's like, 'Do you need help?' And I'm just shaking my head, and that's when he was able to jump in and go after them."

At that point, Watson, an avid fisherman and swimmer, dove in to lift the girl.

"I put her on my back and pressed up, and just kind of rolled her off my shoulder, onto the landing," Watson said.

They then pulled the injured young woman up. All this happened in under five minutes before San Diego Lifeguards took over.

"We were like, 'What just happened?' It just felt surreal," Watson said.

Surreal that their summer vacation turned into a life-saving episode, these modest boys will never forget.