Teen who died in Carmel Valley bridge fall had THC, alcohol in his system 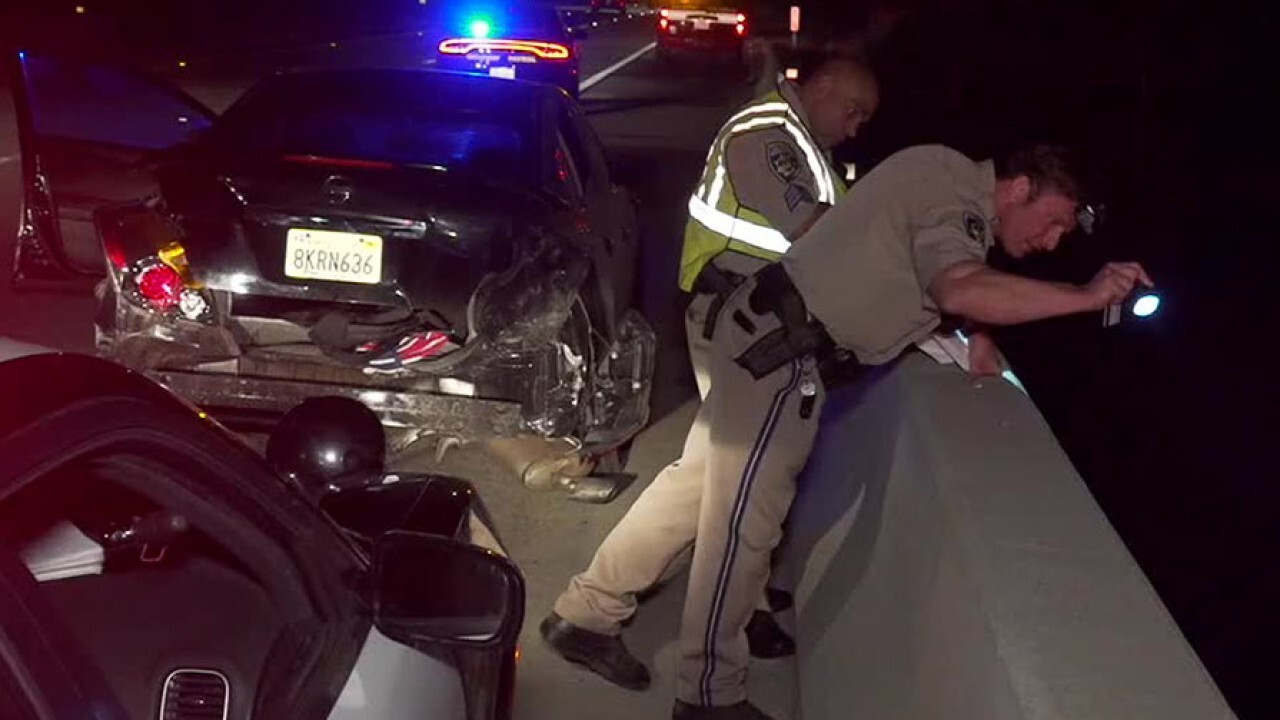 SAN DIEGO (KGTV) - The San Diego Medical Examiner ruled the death of a teenager who jumped off a bridge in Carmel Valley was an accident.

Ruben Ortiz, 18, was one of six people in a Nissan Altima on July 9 when the car crashed on SR-56.

Two passengers got out of the car and ran away, officers said. Ortiz and 17-year-old Jesse Garcia jumped 80 feet off the bridge into Gonzales Creek, not realizing it was a dangerous drop, according to investigators.

Garcia and Ortiz, who suffered multiple blunt force injuries, died at the scene.

A toxicology test showed Ortiz had THC and a trace amount of alcohol in his blood.

California Highway Patrol officers said Garcia had been driving the night of the crash. Investigators found an open beer can in the center console.

The CHP has not determined why the car spun out of control.