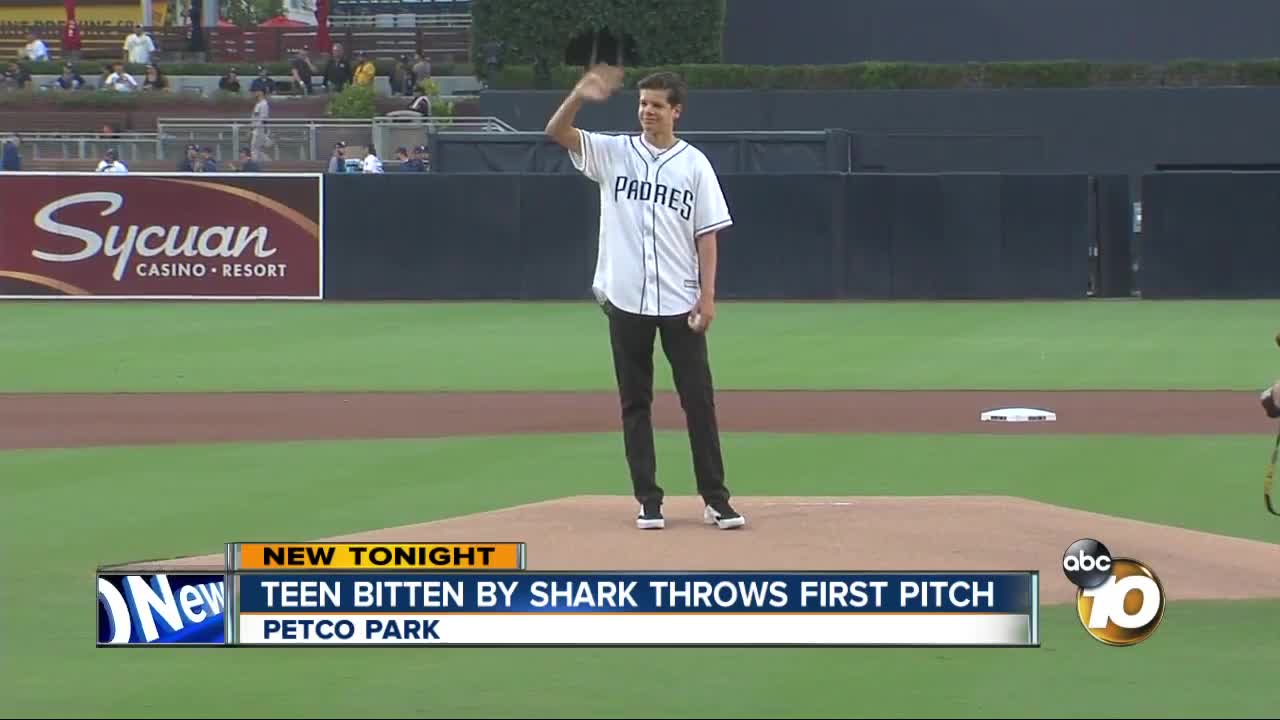 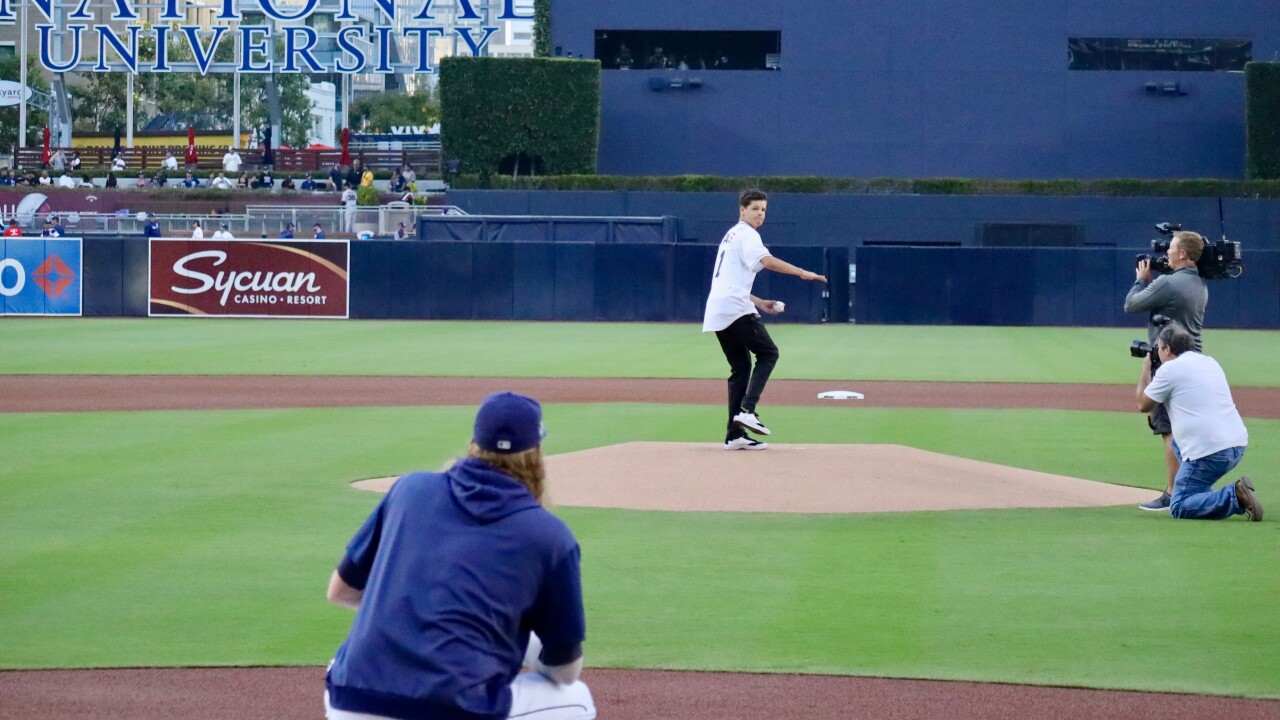 SAN DIEGO (KGTV) - The teen boy who was bitten by a shark last September in Encinitas threw the ceremonial first pitch at the Padres game Tuesday night.

Keane Hayes, 14, was attacked by a shark while diving for lobsters off Beacon's beach. The shark managed to bite his left cheek, shoulder and chest.

Hayes was an active athlete who was a pitcher for his baseball team, so he worried at the time whether or not he'd fully recover.

"I always thought, what if my arm isn’t the same? What if I’m not going to be able to throw?" said Hayes.

But over the past nine months, he has been working hard with a physical therapist to get back to his former self.

"He’s come such a long way," said Jon Luu, the physical therapist who has been working with Keane.

"He’s always positive, always motivated to get better each and everyday," said Luu.

While nervous, Hayes said he was excited to get up on the mound and show the crowd how far he had come.

The pitch went straight over the plate.