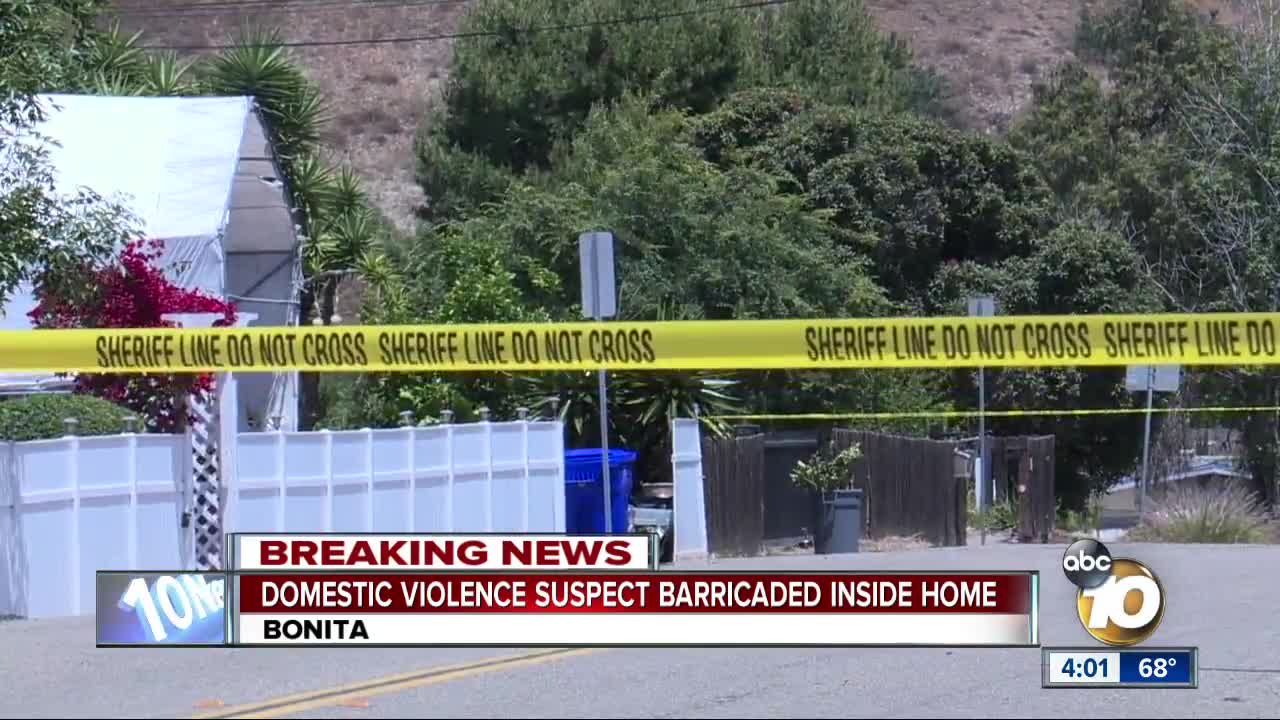 A San Diego Sheriff’s Department SWAT team is staging near a Bonita home Friday as deputies search for a man wanted in a domestic violence incident. 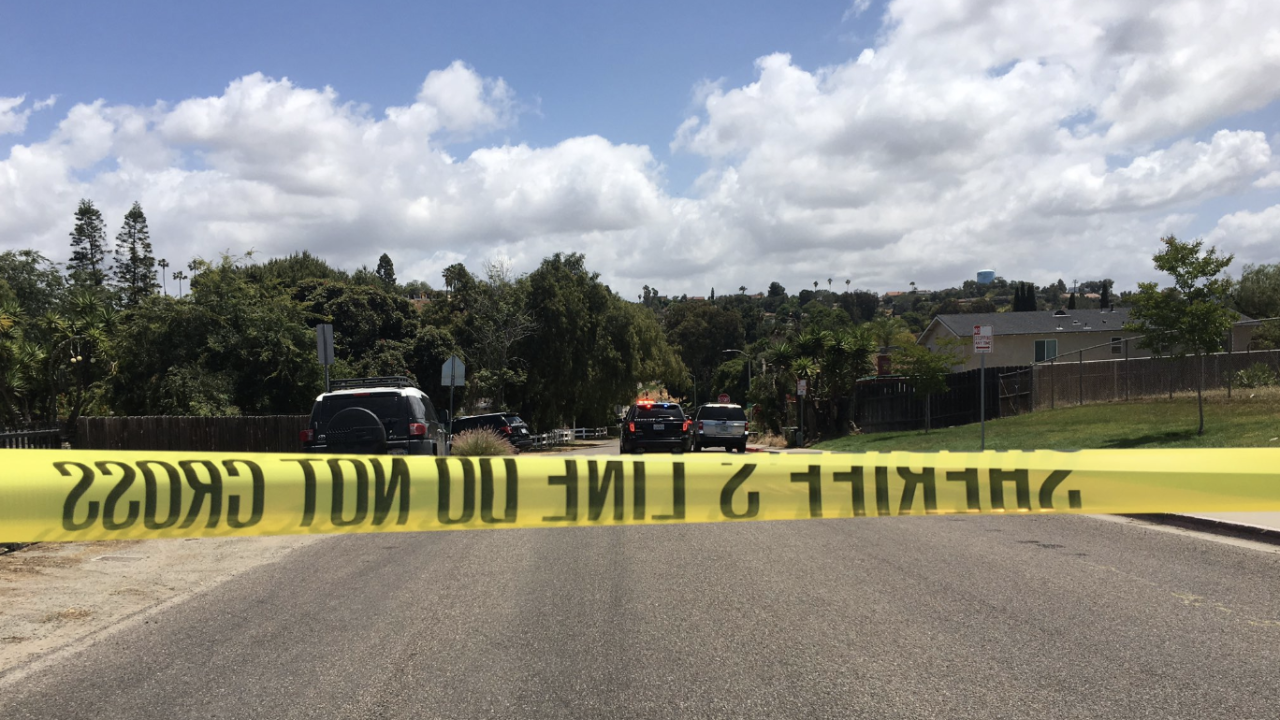 BONITA, Calif. (KGTV) - A nine hour standoff in Bonita has finally come to an end.

Deputies have taken 37-year-old James Gilbert, who was wanted for a domestic violence incident, into custody.

He has been booked into San Diego Central Jail on charges of making threats with a weapon, making terrorist threats and resisting arrest.

Gilbert refused to come out of the home for hours.

A San Diego Sheriff's Department SWAT team brought in two BearCats, made multiple flyovers with a helicopter and even called in a bomb squad.

Two blocks of Allen School lane were blocked off all day due to the incident.

Witnesses say a man believed to be the suspects brother tried running past the Sheriff's tape, ignoring deputies who tried to stop him.

That man was handcuffed and taken into custody.

Nearby Ella B. Allen Elementary School and Daly Academy were put on heightened security in light of the crisis.

Children left the campuses safely after school let out.

Deputies were able to get Gilbert out of the home shortly after 6 p.m.

We’ve seen almost a dozen law enforcement vehicles driving with lights & sirens to get to a domestic violence situation in #Bonita. @10News pic.twitter.com/K63mLpom92