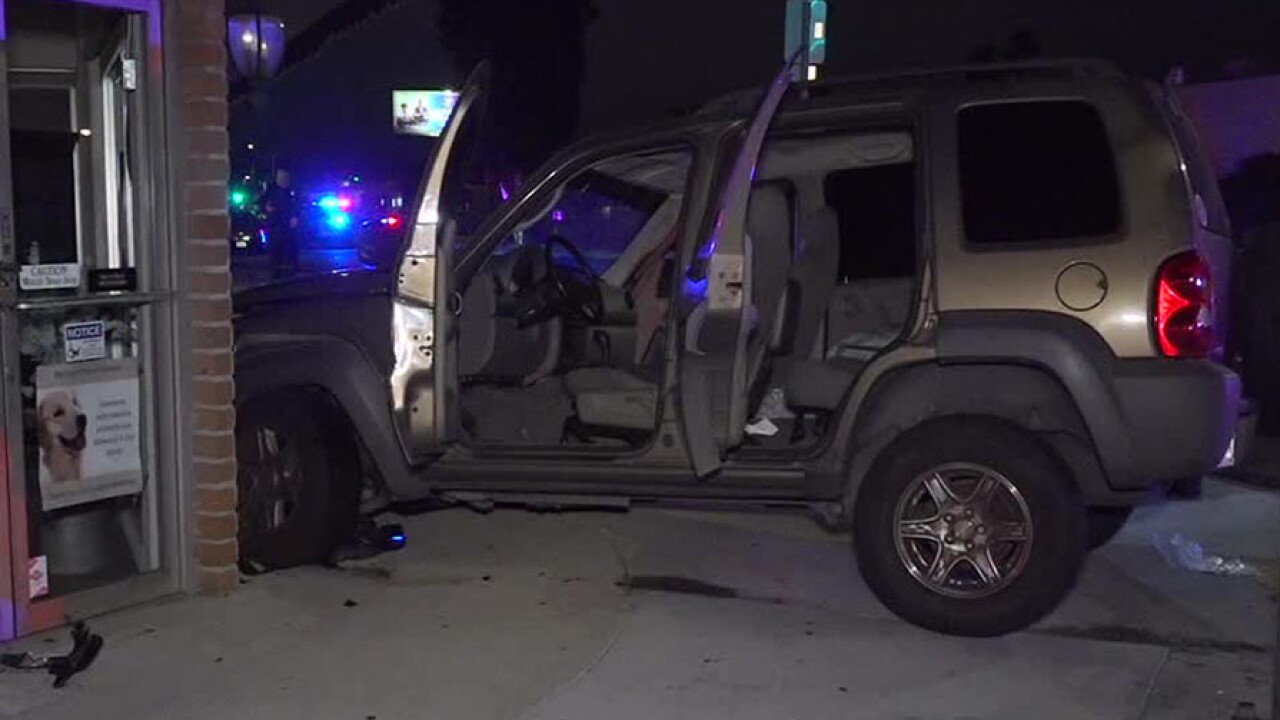 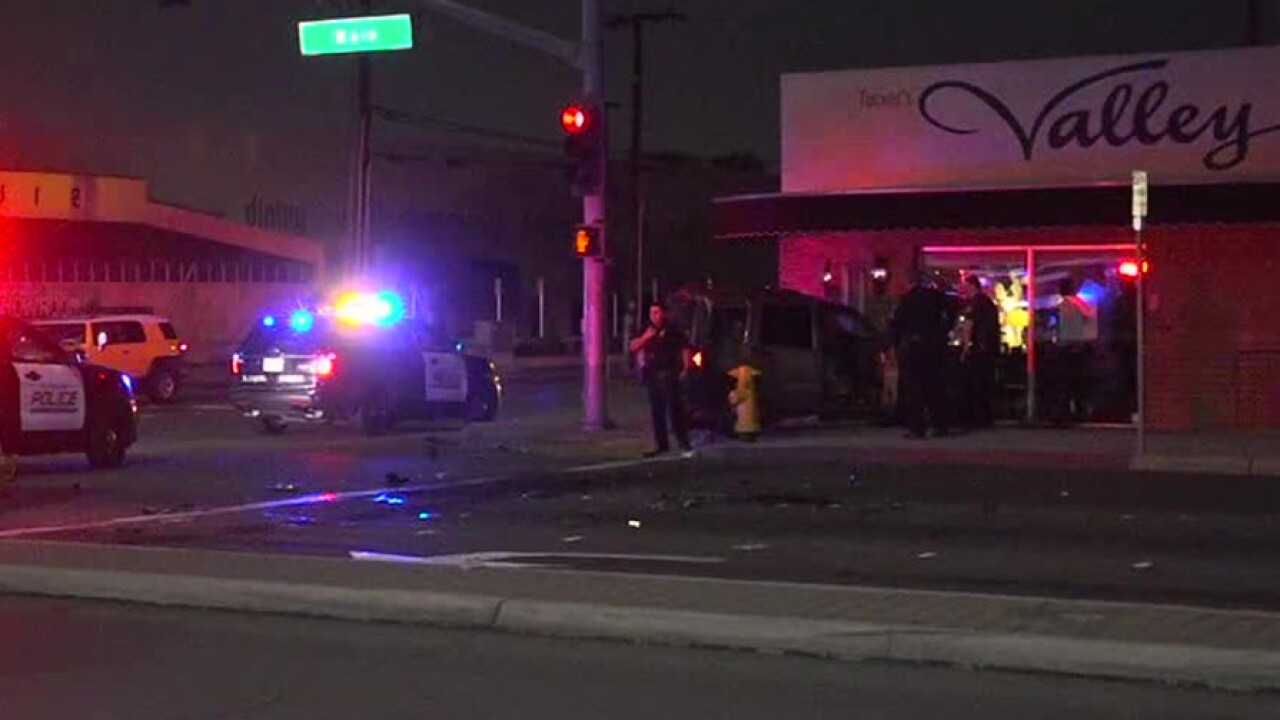 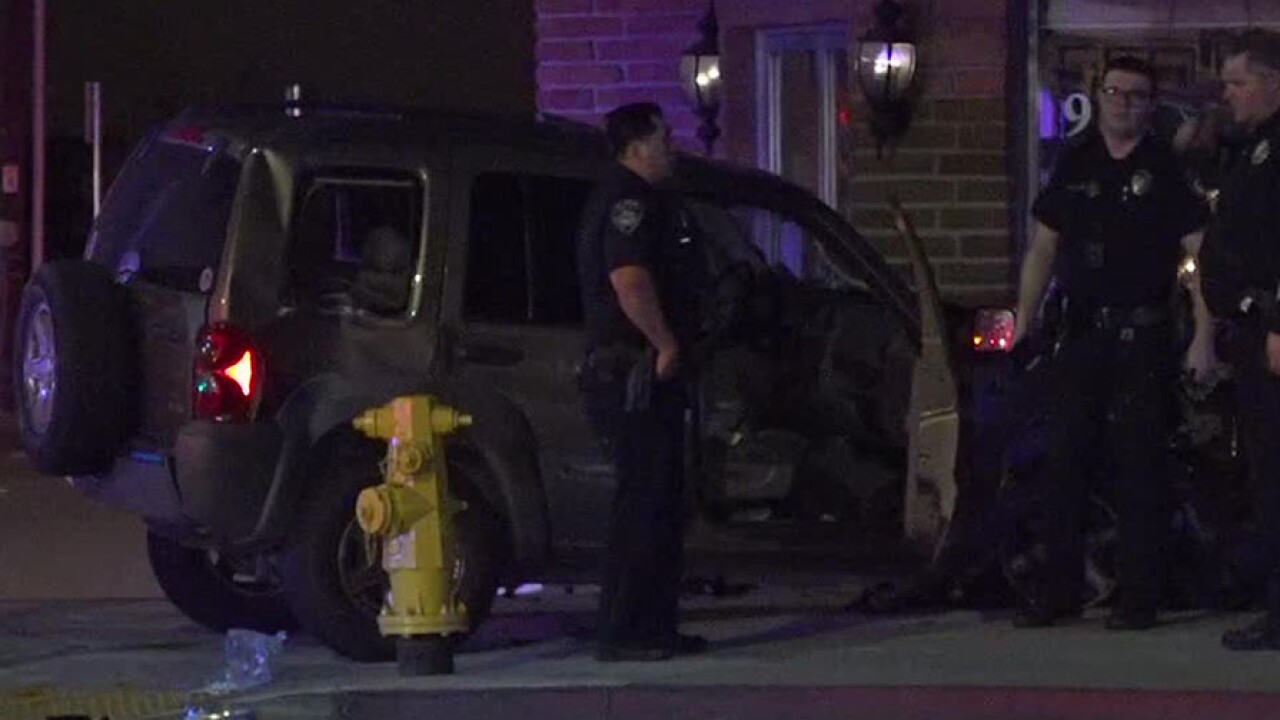 EL CAJON, Calif. (KGTV) - One person was taken to the hospital early Monday morning after an SUV slammed into the front of an El Cajon business.

The crash happened shortly before 6 a.m. at the corner of Main Street and Mollison Avenue, El Cajon police said.

Police said the SUV skidded into the front of Tucker’s Valley Furniture and struck a brick wall at the business, but the impact did not cause serious damage.

The driver suffered injuries of unknown severity and was taken to the hospital via ambulance.

Another vehicle was involved in the incident, but the cause of the crash is under investigation.