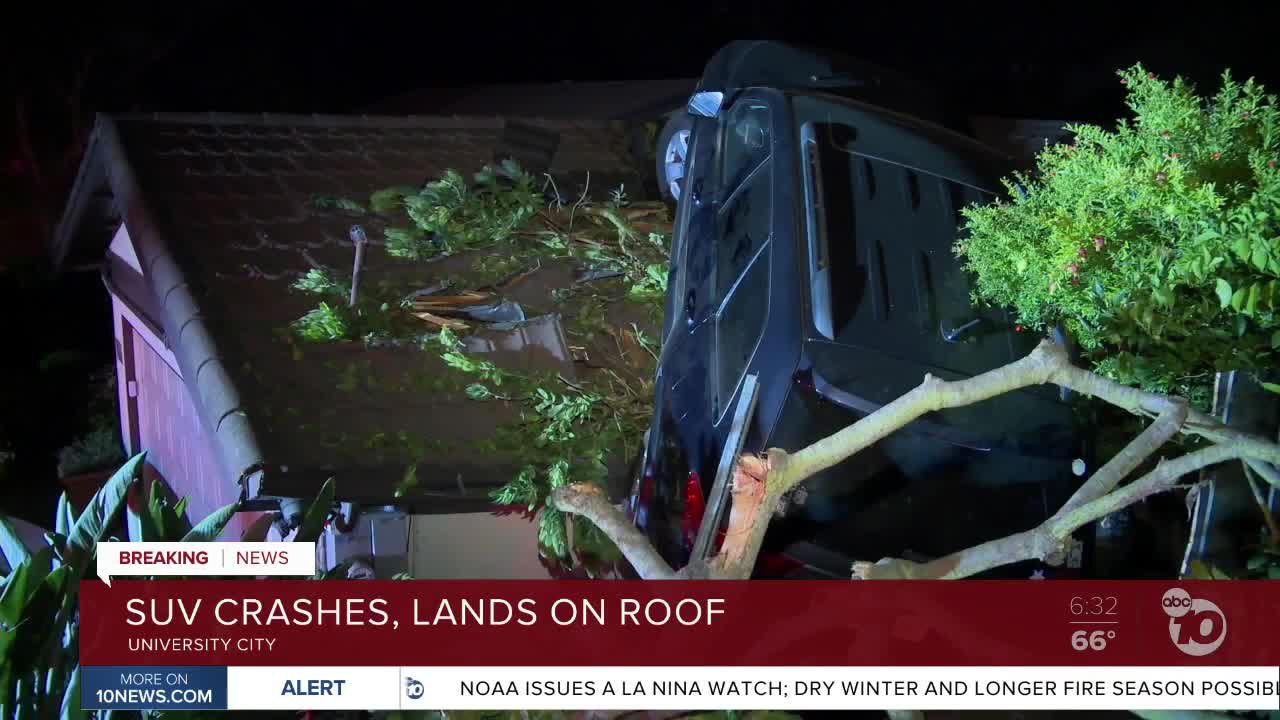 Search for the driver of a SUV that crashed and landed on the roof of a home in University City. 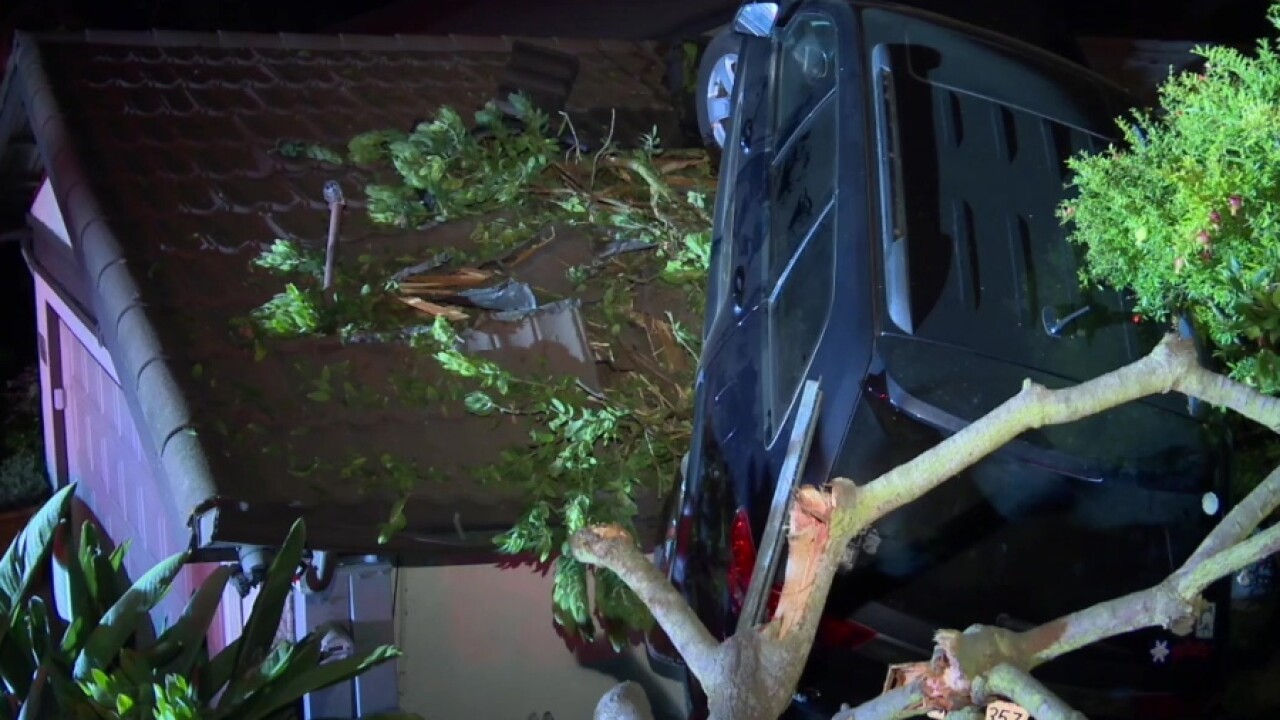 SAN DIEGO (KGTV) -- A driver apparently lost control of his SUV and crash landed on the roof of a University City home early Tuesday morning.

The crash happened at around 1:15 a.m. in the 3000 block of Pennant Way, according to San Diego police.

Bill Crane told ABC 10News that after he heard a loud crash, he came out of his home and saw the male driver in his yard and the Jeep Cherokee Laredo on top of his next-door neighbor’s house.

"I was asleep at the time and I heard this crash, and I came out and I looked around and saw a guy kind of wandering near behind me, by what's left of the tree, and he was just kind of stumbling and I couldn't figure out what the hell that was. Because you usually don't think of a car being on someone's roof. So, when I finally figured that out, I went in to get my phone, and came back out and called 911, and he was gone,” Crane said.

Crane called 911 to report the crash, and he then called the woman who lives in the house. However, Crane said the woman initially didn’t believe her.

Crane added, "I called her twice and she said, 'What, a car on my roof? I'm not going out there, I can't believe that.’ It is pretty unbelievable.”

ABC 10News learned the woman was asleep at the time and never heard the crash. She believes the SUV was coming down Pennant Way, somehow veered on a resident’s front lawn and launched onto her garage.

A towing service used a crane to remove the Jeep from the roof of the home’s garage.

There is no word on how much damage the home sustained, but inspectors said the house was structurally sound despite the wreck.

No one was hurt in the crash.

As of late Tuesday morning, police have not tracked down the SUV's driver.