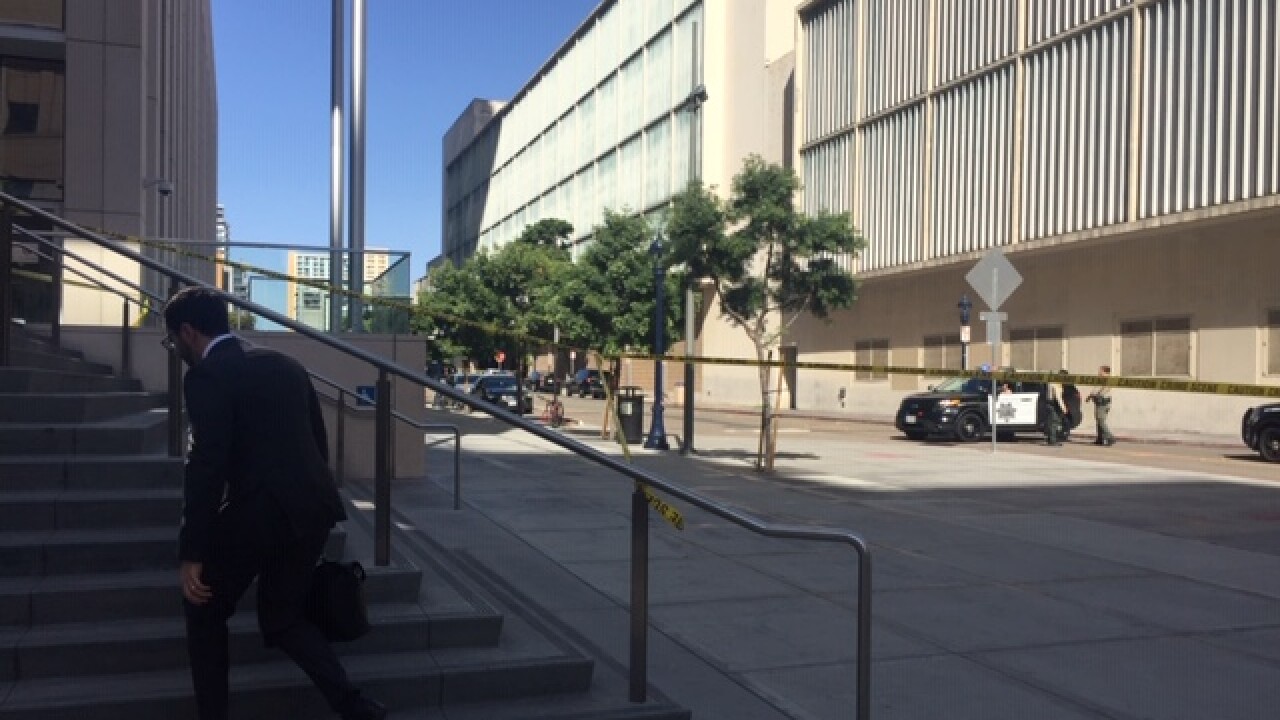 A package was discovered outside the courthouse at the corner of Union and W. B Streets just before 12 p.m., according to San Diego Fire-Rescue. Out of an abundance of caution, the area was secured and bomb arson investigators were called.

Court proceedings were delayed for a short period of time.

Upon further investigation, authorities found that the package contained an empty metal security box. No explosive or hazardous materials were found inside.