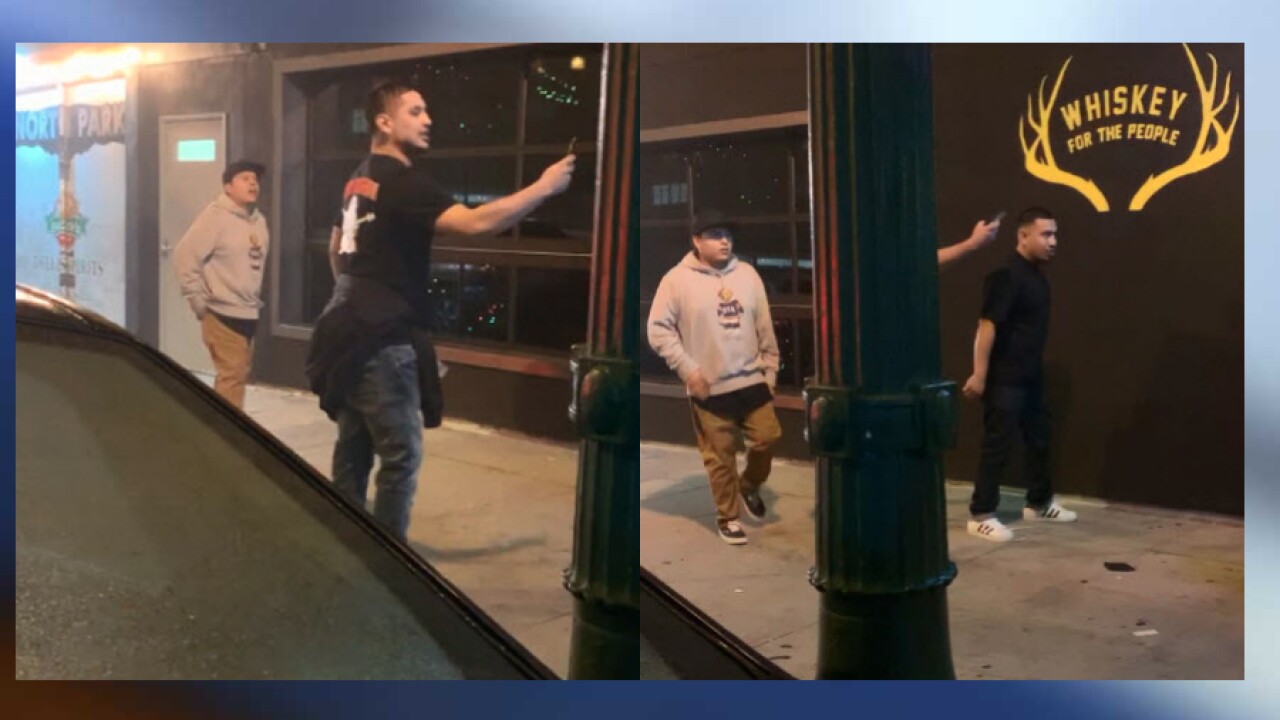 SAN DIEGO (KGTV) -- Police are asking for the public's help searching for three suspects they say beat two victims, sending them to the hospital.

According to police, a 35-year-old man and 24-year-old man were walking on the 3000 block of University Avenue around 1:40 a.m. Thursday when the incident took place.

As they were walking, the victims were confronted by three suspects who'd been yelling obscenities at two women just before the confrontation.

According to police, all three suspects began punching and kicking the first victim. When he fell to the ground, the suspects kicked him in the face and head.

When the second man tried to intervene, the suspects began punching and kicking him before bouncer from a nearby club broke up the fight.

During the incident, the suspects also stole an iPhone and wallet from the victims.

All three suspects are described as Hispanic men in their 20s.

Authorities also released a video of the suspects. Watch the video below: