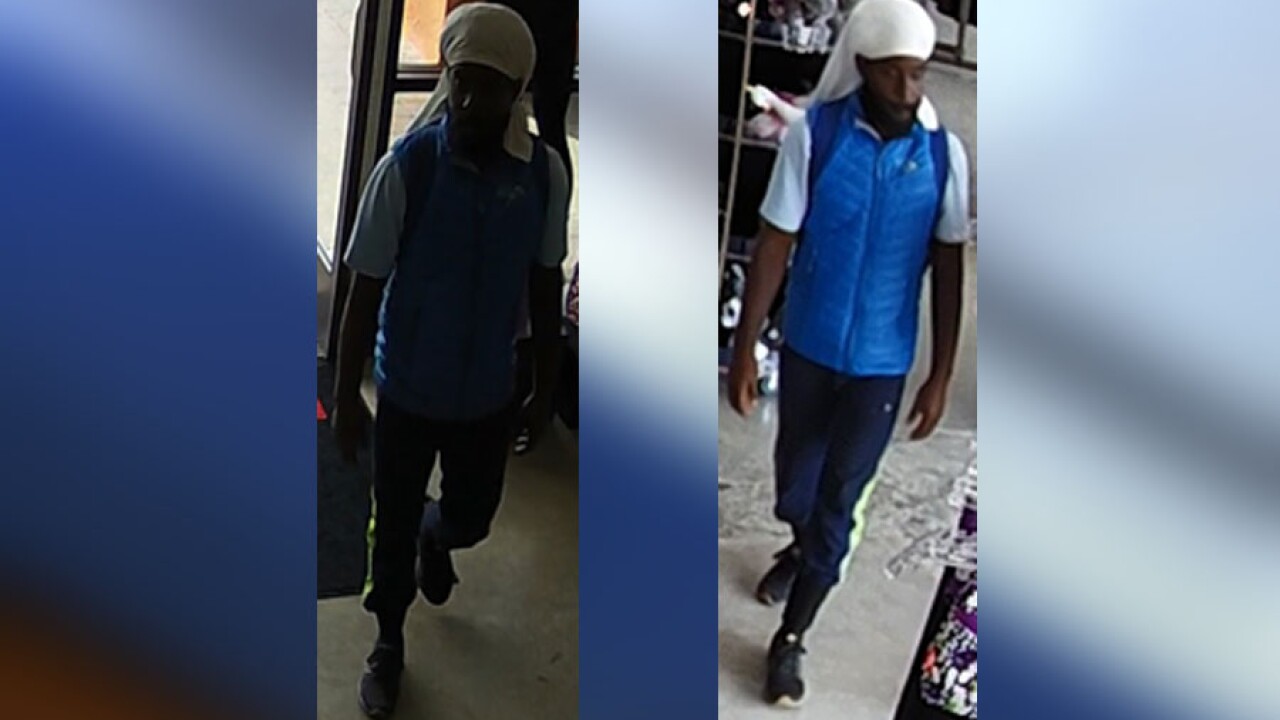 OCEANSIDE, Calif. (KGTV) – Police are asking for the public’s help in finding a man suspected in two indecent exposure incidents in Oceanside.

Oceanside police said both incidents happened on Oct. 29 and involved a black man with a white towel wrapped around his head.

The first incident happened at around 9:15 a.m. in the area of 333 N. Pacific St., police said. In that incident, the man exposed his penis to passersby.

That same day, at around 1 p.m., the same man exposed his penis inside the Discount Dance Supply store at 2215 El Camino Real.

The incident inside the business was captured by the store’s surveillance camera.

Anyone with information in the case is urged to contact Oceanside police Det. Brandon Baird at 760-435-4690.